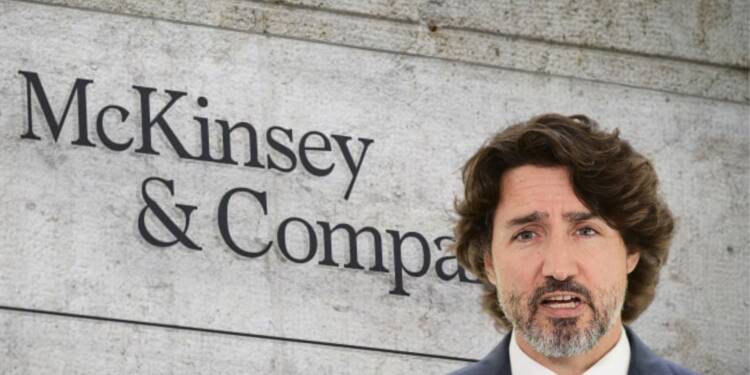 In a democracy, the Government means representative of the people and their interests. Recently, the Canadian government seems to be redefining this definition of democracy and can often be seen “personalizing” the system of governance. What adds to this statement are the recent claims over who actually runs the government. Evidence shows that Klaus Schwab, chairperson of the World Economic Forum, and Mckinsey, consulting firm of USA, hold the strings of Canadian policy making.

The gist is that the World Economic Forum, which has its headquarters in Switzerland, is secretly influencing the Canadian federal government, particularly regarding COVID policy. Schwab, who frequently asserts that he deserves the Nobel Prize, has “infiltrated” governments worldwide, has an eerie straight posture, and speaks with a thick German accent.

Most well-known, in 2017, he claimed that he could “penetrate” Prime Minister Justin Trudeau’s cabinet because many of its ministers had previously participated in the WEF’s Young Global Leaders program.

It was alleged that Trudeau was following in the footsteps of his shadowy WEF masters when he used the term “reset” to describe Canadian pandemic policy in a UN speech in November 2020.

According to the analysis conducted by Radio-Canada, Immigration, Refugees, and Citizenship Canada (IRCC) has contracted McKinsey for management advice the most frequently ever since 2015, with contracts totalling $24.5 million.

Additionally, McKinsey’s potential influence over Canada’s immigration targets is criticized by IRCC sources. This fall, Ottawa made an announcement about a plan to welcome 500,000 new permanent residents annually by 2025, with an emphasis on encouraging economic growth. The 2016 Advisory Council on Economic Growth report, which was chaired by McKinsey’s then-global head Dominic Barton, reached similar conclusions regarding the target and its stated justification.

In recent years, McKinsey has advised numerous national governments on their COVID-19 pandemic response, including those in the United States, the United Kingdom, Germany, and Mexico. McKinsey was also hired by the governments of Quebec and Ontario to help them plan for economic recovery and respond to the pandemic.

According to a French Senate investigation McKinsey undermined national sovereignty and made the state dependent on them. In addition, McKinsey has been the subject of an investigation in France regarding its involvement in the campaigns for President Emmanuel Macron’s elections in 2017 and 2022, contract awarding, and tax filings.

Infiltration by the world economic forum and McKinsey firm indicts suspicion over their role in the Canadian government. Not only does it harm the sovereignty of Canada but also shapes the government’s mindset to form policies that are insignificant to the citizens. It may be essential to receive certain funds and consultancy but not to an extent where the whole country can be sold and made fragile to exterior influence.

The Trudeau administration should rethink its strategy to formulate its policies according to the Canadian people’s problems and their solutions. The Canadian government should not rely on the colourful presentations of these shadow firms or else it will prove to be a disaster for Canada.