Trudeau's "Catch and Release" Policy is taking Canada towards destruction 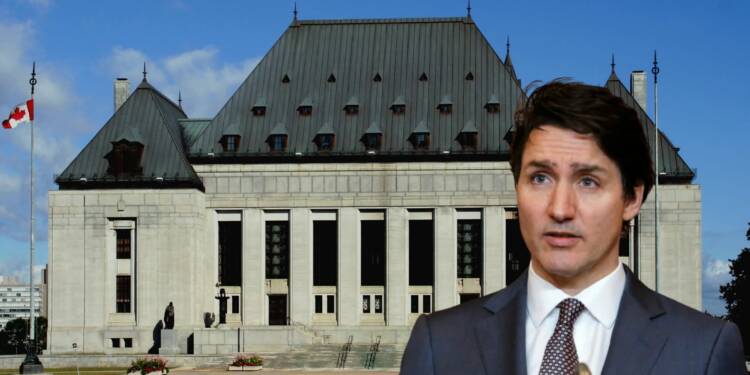 The question of law and justice remains unanswered in Canada specially after introduction of the Bill C-75 which simply relies on the “changed heart” of an offender or criminal. A bill that can largely cost Canada and fuel the death toll counts as citizens live in an environment of fear. Sadly, good intentions end at the preamble, especially for those of us who believed in the government’s pre-election promise to take a stance on criminal justice reform.

Bill C-75, an Act to amend the Criminal Code, the Youth Criminal Justice Act, and other Acts, and to make consequential amendments to other Acts, was introduced by the government on March 29, 2018. On June 21, 2019, the former Bill C-75 (the Act) received Royal Assent.

We are aware, as are all Canadians who are willing to look beyond Trudeau’s most recent round of platitudes, that ignoring violent criminals, their smuggled illegal handguns, and releasing them almost immediately on bail does not improve public safety. However, the government of Justin Trudeau tried to achieve that with its so-called “reform” of the justice system.

It is common knowledge that Justin Trudeau insists on “cracking down” on owners of firearms who hold a federal license and have been vetted by the RCMP. He also wants to take their legally owned firearms. It is well known that Bill C-75, which was passed by the government of Justin Trudeau, lowered the penalties for a wide range of firearms offenses and other violent crimes. If Bill C-21 passes, the penalties will be reduced even further.

Bill C-75, which was introduced by Justin Trudeau and makes it significantly simpler to obtain bail, as it contains simple catch-and-release bail policies.

One of the many organizations that opposed Bill C-75 at the time was the Canadian Civil Liberties Association. They said that the Liberal government had the right goals but used the wrong tools. Bill C-75 was passed almost without any changes after Trudeau virtually ignored all the criticism against the bill. The release of violent repeat offenders like Randall McKenzie must never be the solution if prison overcrowding is the issue they want to address.

However, neither Trudeau nor any other member of his government will acknowledge that their failed policy for violent, repeat offenders like Randall McKenzie and Myles Brandon Sanderson is even a problem.

By eliminating preliminary inquiries for all but the most serious offenses, Bill C-75 aims to speed up the judicial process. On the surface, it might seem like removing one step from the pre-trial process would free up judges for the case to move faster to trial but it will be at a superficial level.

On the surface it looks like that the intent of the Government is good, but it is certain that the plans to bring these reforms not just paralyses the Canadian justice system but also cost Canadians, their lives. Such experimenting with laws may be as hazardous as handling a combustible substance without knowing that it is hazardous. The application of this “catch and release” policy is going to be hazardous not only for the governance but also for the social order of Canada.