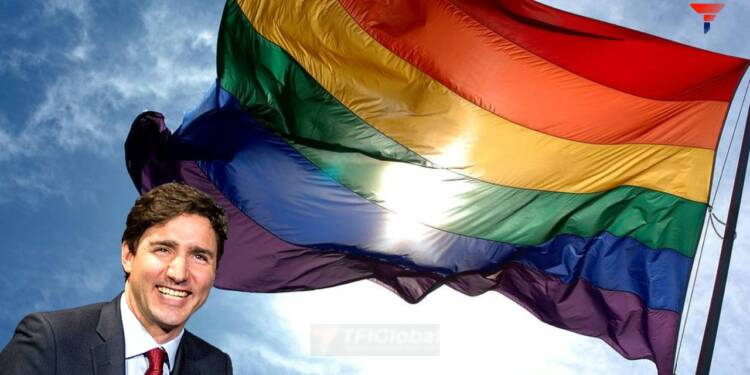 Gender Conversion: The changes are swift in Canada under the liberal government of Trudeau to an extent where gender experimentation has become a key player in the government’s aim to increase liberalism. The worst part is that now it is taking upon the mindsets of younger generations where schools and teachers are messengers of Trudeau.

According to education boards, education ministries, and even the Public Health Agency of Canada, schools are being urged to automatically honor transitioning students’ requests to change their name and pronouns and to keep that information from parents if requested.

This is just one example of how education has become deeply involved in the transgender experience, which affects an “exponentially” increasing number of young Canadians. Schools teach about gender identity from a young age, provide gender-neutral restrooms, and accept the name and pronoun preferences. They may even be able to direct students to clinics that treat gender issues.

However, some parents of children who have gender dysphoria, or the perception that their gender identity does not match their birth sex, are resentful of the role that schools are playing, despite the fact that health professionals applaud the developments. They claim that by advancing children’s gender transition, teachers, principals, and guidance counselors are usurping the traditional roles of mothers and fathers.

The issue is slowly coming to the forefront, despite such policies being implemented relatively quietly. On the other hand, Canadian schools are informed that parental support for a child’s social transition is sufficient. A student can even be referred to a gender identity clinic by some schools; however, specialty medical services in Canada typically require a referral from a doctor or other health professional. According to the CHEO clinic, teachers and guidance counselors who refer patients will be accepted.

Surely enough, not just Canada but also Trudeau’s policy guru, Joe Biden seems to be doing too much regarding gender conversion. This anticipated remedy has already begun in England, United States, where a class-action lawsuit will soon be filed against a youth gender clinic that has since closed.


“Chloe,” a minor who underwent a mastectomy, appears to be about to file one of these cases. Chloe, who was born a woman, was diagnosed with a psychological condition known as “gender dysphoria” when she was nine years old. Chloe was the subject of medical experimentation during this radical, off-label, and poorly researched course of chemical and surgical “treatment” for her mental condition. Like most cases of gender dysphoria, Chloe’s mental illness went away on its own when she was close to becoming an adult, and she no longer wants to identify as a man.

This problem is not just in the United States but has also exceeded its borders to the North, in Canada where such treatments are taking place silently. According to the student’s mother in Toronto district school, who was born male, her child came out as a girl at the end of 11th grade. According to the woman, her school, including a summer school teacher, adopted her new name and pronouns without consulting the parents.

This is a direct contradiction to Canada’s policies against gender conversion. Conversion therapy, which seeks to alter a person’s sexual orientation or gender identity, has been officially outlawed in Canada. Any practice, treatment, or service intended to change or suppress a person’s sexual orientation, gender identity, or gender expression is included in the bill’s definition of Gender Conversion therapy. The Justice Department points out that some states, like Ontario and Québec, have passed laws that deal with different aspects of conversion therapy, while others have banned the practice and promotion of it within their borders. It is evident that the government is treating the citizens as Guinea pigs used for experimenting and even their psychology is being tortured. Is normalcy now too difficult to attain? Perhaps, seeing the government’s attitudes, it can surely be questioned.

The blindly “affirmative” care that hurries children to medical transition and Canada’s policies on treating youth suffering from gender dysphoria must be changed. Instead, it ought to adopt the new treatment model developed in the United Kingdom, which places an emphasis on mental health and takes into account the fact that some young people who identify as transgender do so in order to cope with traumatic experiences.