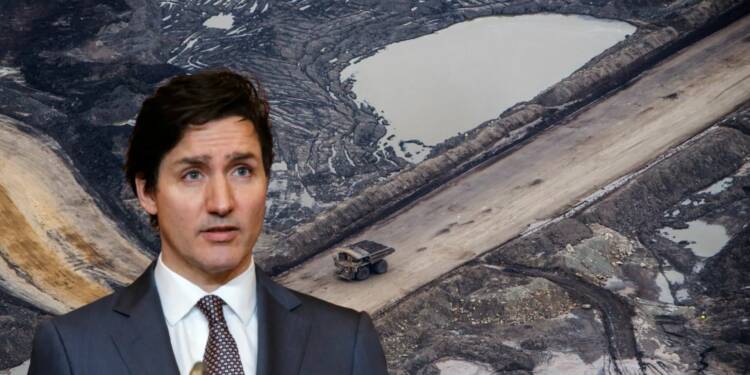 As the globe continuously goes deeper into an energy crisis and interdependence grows among nations, the role of essential exporters remains undeniable and crucial to meet the world’s energy demands.

Many nations have seemed Canada’s help in fulfilling their energy demands notably LNG demand but not just crushed the hope of Japan and Germany but also sought to suppress the use of its own citizens notably in the Alberta province through its new green agenda called “just transition”.

Simply transition entails: minimizing the effects of labor market transitions and preparing the workforce for full participation in the low-carbon economy; identifying and supporting inclusive economic opportunities for workers in their communities. Widespread calls for a just and green recovery continue to highlight Canada’s urgent challenge of transitioning to a low-carbon economy in a manner that supports communities and workers.

The government is asking stakeholders like industry, labor, non-governmental organizations, and Indigenous partners, in addition to provincial, territorial, and federal partners, to provide feedback on potential aspects of the proposed just transition legislation through this process. The establishment of a Just Transition Advisory Body and the formulation of just transition principles are two examples of this.

Albertans are in for perhaps the biggest blow yet as the Liberals led by Justin Trudeau push back against their eco-radicalism. It makes sense why Alberta Premier Danielle Smith is retaliating. And tough quoting “Not since Trudeau senior’s National Energy Program (NEP) in 1980 have we seen such an outright attack on Alberta. But this time it’s far worse. While the NEP created a rift between Alberta and Ottawa that some feel is forever beyond repair, at least it was trying to build up our oilsands in order to take our wealth.”

Smith is standing her ground, and with good reason: Alberta has been leading the way for a decade in the race toward low emissions through oil well remediation, hydrogen development, and carbon capture, or “carbon tech.” However, fossil solutions necessitate fossil ideas. Just Transition’s early insights have shown that the eco-radicals resort to “banning, blocking, and barricading.” a blatant desire on the part of the elites under Trudeau to keep our world-class Alberta energy in the ground.

Before the COVID-19 pandemic, Alberta’s economy was in disarray when the federal Liberals announced their just-transition plan during the 2019 campaign. Some people were of the opinion that the entire oil and gas industry would be effectively done in a matter of years due to the global push for climate action. The Smith government thinks that any federal energy policy that could put Canadian jobs and investments in energy at risk for decades to come is completely wrongheaded. As global consumption continues, countries ruled by despots and dictators are taking over the production of oil and natural gas.

The concern regarding the campaign for “just transition” or “sustainable jobs” is that it is all performed for the party’s actual base, which is far from the prairies. While the federal government reassures others that the green transition can and will be relatively painless, these policies will affect oil-producing provinces and industries. That won’t be a problem for anyone in Alberta. The issue will arise if a federal policy imposes an extravagant new economic strategy, even in terms of language rather than substance.

The differences between the Federal government and Alberta government seems to be taking a new turn. Liberal’s green energy agenda is indeed the hope of the world but at the moment, it lags solid grounds of implementation. A major shift would not just be of the sector but also the mindset of people who already don’t want Trudeau in office.

Who is the father of western medicine: Short biography