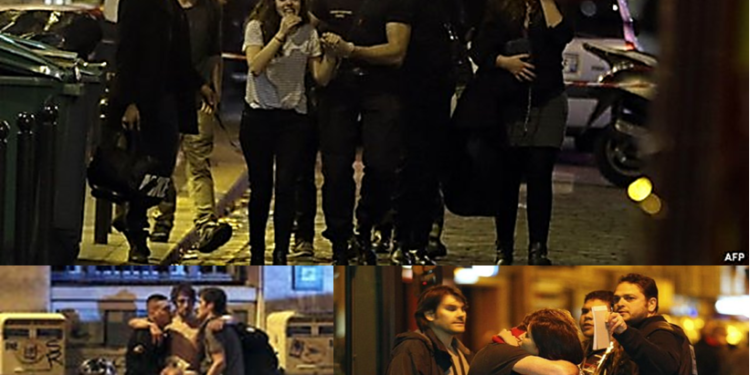 The War: Islamic State Militants brought unprecedented violence to the streets of Paris – the city of love and lights. Islamic State Militants in a series of coordinated attacks killed at least 127 people and left over 200 injured, 100 of whom are reported to be grievously injured. Eight militants wearing vests and chanting anti-France and anti-Hollande slogans brought Paris to a standstill yesterday.

The Aftereffects: French President Francois Hollande formally declared a state of emergency in France after a cabinet meeting at the Elysee palace, the official residence of the French President.

Global Reaction: France has got an unparalleled support from the global community. US President Barack Obama condemned the attacks by Islamic State, saying it was “an attack on all of humanity”. New York lit the new World Trade Center in the red, white and blue of the French flag in solidarity with the panic and grief stricken French. Taking a cue from it, Britain lit Wembley Stadium, Brazil lit Christ the Redeemer statue in Rio de Janeiro and Canada lit the CN Tower in Toronto in red, white and blue. Twitter and Facebook remained abuzz with #SupportParis posts.

Now that we are done with necessary background of the horrific terror attacks by the Islamic State in Paris last night which will soon become a major topic of discussion across the globe, let us get straight to the point. Whenever a terrorist attack occurs in any part of the world, the world follows the same shameful pattern over and over again. Condemn the attacks, Support the victims, call it an attack on all of humanity, say terrorism has no religion and then get back to business. All of world’s powers have strangely turned into meaningless symbolism or fancy hash-tagging exercise. And what is the point of it? Zilch, Nada, Nil. First of all the French are too aggrieved to understand the world’s sympathies or fancy lighting and secondly what they would really appreciate is an assurance that Paris or any city of the world wouldn’t witness such madness ever again.

Will the fancy lighting ensure that? No.

Will global condemnation ensure that? No

Islamic State has taken the responsibility of the attacks then why are the liberals across the world issuing generic statements like “global shame”. What has everyone on the globe done to share the blame, it is Islamic State – an Islamic Militant outfit which seeks to establish itself as a caliphate, an Islamic state led by a group of religious authorities under a supreme leader—the Caliph—who is believed to be the successor to Prophet Muhammad(Sourced from Wikipedia). The targets are known, the world should have been gathering ammo to strike and finish the global curse that Islamic State has become, instead of lighting buildings and changing display pictures on Facebook.

India is not the only place where people lack the courage to speak the truth, it is true with the global community by and large. Speaking anything against Islamic Terrorism amounts to racism. Of course All Muslims are not terrorists but an insanely large number of Muslims are terrorists. There is a reason why IS calls itself Islamic State, when they are not ashamed to reveal their identities what is the world playing safe? No one is ordering to nuke all the Muslims in the world but those who have made it a habit to kill innocent civilians must be crumpled with all the force and might.

I am not changing my display picture on Facebook. I am not going to trend pointless hashtags like #IllrideWithYou on Twitter. I am not going to light anything in Red, White and Blue to support the French. But yes if the world leaders are planning to do a referendum on finishing the Islamic State once and for all, I will be the first person to sign the document.