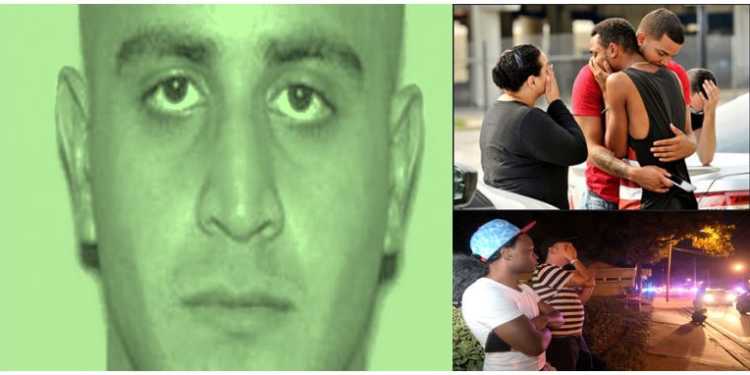 Tragedy has once again befallen the United States of America. Orlando Attack – In what appears to be the biggest terrorist attack on American soil since 9/11, Omar Mateen born to parents who hail from Afghanistan, made a gay nightclub in Orlando the victim of his Jihad. The terrorist attack left 50 people dead and another 53 injured.

The Orlando attack which defies the entire narrative set by the mainstream media comes at a time when the Western world is struggling to deal with the rising threat of Islamic Radicalism on home soil. Contrary to the popular narrative set that Republicans are homophobes, Omar Mateen appears to be a registered Democrat from the 18th Congressional district. Defying the general gun control narrative promoted by the Obama administration, the perpetrator had security officers and firearms licenses.

In normal circumstances, one would have thought it was only a matter of time before the mainstream media blamed Trump’s rhetoric for this attack urged by Islamic Radicalism. But Omar Mateen’s father comments leave nothing to imagination. His father stated that it was not related to faith but Omar Mateen was angered when he saw a couple of homosexuals kissing in public. While homophobia is present across all cultures, only one culture stones gays, has sanctioned death sentences for homosexuals and that culture is not Christian or Jew or Hindu. Murdering homosexuals for merely existing has widespread cultural acceptance among only one demography in the civilized world.

The Orlando Attack highlighted the fallacy of the principles of Multiculturalism as well and the risk associated with immigration of population from an alien culture.

In Sweden, rapes went up by 1472% after Multiculturalism was implemented and violent crimes by 300%. France is feeling from the effects of mass radicalization of its Muslim population as well which wouldn’t have been there if not for Multicultural policies. Perpetrators of the San Bernardino attacks again were Muslims whose radicalization could in no way be prevented by a Multicultural society. Omar Mateen himself was born to parents from Afghanistan. It is clear at this point that Multiculturalism does not work and there’s very little possibility of working ever.

The Liberal Brigade faced with a tough predicament since it’s a minority vs minority violence are working overtime to rationalize the whole event with their core beliefs.

Some are crying for tougher gun laws ignoring the fact that Omar Mateen would have access to firearms anyway since he had security and firearms licenses.

Also, since when have laws stopped terrorists from carrying out attacks? They even flew a couple of planes into the WTCs, if you legislate against guns, it’s not hard to imagine that they will find their way around those laws as well. France has strict gun laws, did it prevent the Paris Attacks and the Charlie Hebdo massacres?

The Orlando attack will have serious repercussions on the upcoming Presidential elections as well since Hillary Clinton is perceived to be soft against terrorism. Donald Trump who has staunchly opposed the proposition to accept refugees from the Middle East and his rhetoric against Islam will gain further traction with the US voters. To the question of whether American homeland security is worth risking for the sake of fake sense of moral superiority, the answer is a clear no. Hillary Clinton’s refusal to call Islam the problem will come back to haunt her as Donald Trump has repeatedly attacked her for not using the term Radical Islam. And it’s common sense that if you do not have the courage to name the enemy, you are already losing the war.

The Secular brigade in India is quite ruffled by the Orlando Attack as well. Rana Ayyub was obviously glad at the prospect of a mass shooting since it gave her an opportunity to further her own narrative. Even before the shooter had been identified, Rana Ayyub insinuated that the perpetrator was a Christian White Male. If it were the other way around, Rana Ayyub would be the first person to climb to the roof of the house and scream Islamophobia. Saba Naqvi, the great Indian intellect, blamed America’s refusal to legislate against gun laws without caring to look into the matter where the perpetrator was subjected to a background check.

Radical Islam is the greatest success of Multiculturalism. It is due to Multiculturalism that in a westernized society where values such as equality and fraternity is held in such high regard, criticism of any aspect of Islam is deemed to be bigotry and Islamophobia. Multiculturalism has meant that Americans continue to be influenced by an ideology that is the very antithesis of everything that the Western Civilization stands for. It’s time for Western society to acknowledge the fact that Islam transcends the concept of Nation States. It is time for Western society to acknowledge that a significant population of Muslims are creating a nation within a nation in most Western countries.

Liberty and Freedom are great virtues and great virtues demand great sacrifices. Western societies have tried to fight the honourable fight and have come out on the losing side. The current Demographic trends are a ticking time bomb. As Mark Steyn remarked, in the fastest growing religion in the world is a larger than ever before population in the Western world with a faster than ever radicalization of its youth. With growing radicalization of the Islamic population and Multicultural policies making it impossible to prevent it, the Western World finds itself in turmoil. The prospect of Civil War is already a very real possibility in Europe with the influx of millions of Refugees. If America does not learn from mistakes like Orlando attack and does not abandon Multicultural policies, it will find its national security even more compromised.

Orlando Attack is now a discussion about Gun Control, Thanks to the organized Left Mafia