Orlando Attack is now a discussion about Gun Control, Thanks to the organized Left Mafia 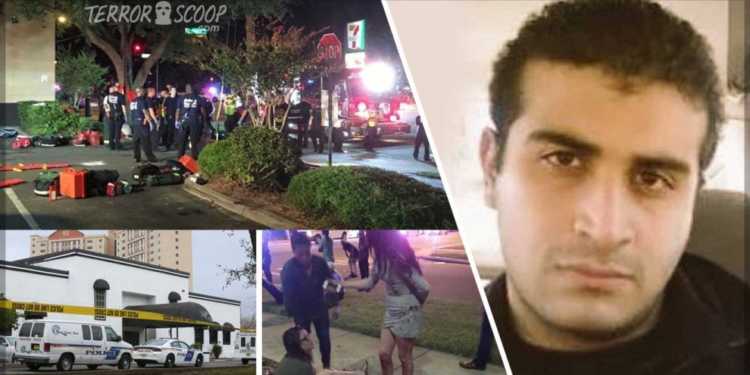 The mainstream Left world-over stands exposed today. Its hypocrisy, treachery, and incapacity to comprehend ground realities have re-emerged. How it romanticizes and plays apologist for every element that threatens to destabilize a country is for all to see. How, instead of calling a spade a spade, the entire ecosystem comes together to divert the issue at hand and create a false narrative, is on display each time radical Islam strikes. The Orlando attack has once again brought to our notice how some self-interested individuals holding positions of power, are prepared to play with fire.

An American Muslim of Afghan descent carried out a well-planned attack in an LGBT night club in Orlando. Omar Mateen was on the FBI’s radar, having been questioned by the agency twice in the past. He called 911 while carrying out the attack and pledged his allegiance to the ISIS. The ISIS had asked its sympathizers around the world to carry out attacks during the holy month of Ramadan. The terror organization and its supporters have termed Omar a martyr.

The Leftist ecosystem started looking away from the obvious before the Orlando attack had even reached its conclusion. Prominent media outlets with clear allegiances to this ecosystem began peddling their twisted narrative on gun control. ‘Orlando attack sparks gun control debate,’ CNN said. Did it actually spark off a debate, or was it a despicable attempt to divert the issue so that the Left could score cheap political mileage? The perpetrator pledged his allegiance to the ISIS and attacked an LGBT nightclub, for god’s sake! The forces at play couldn’t have been more lucid. And yet, for CNN and other media outlets, a debate on radical Islam remained out of bounds.

Some argue that gun control is as much an issue here as radicalism. Let us understand that this was a terror attack. Gun control being a factor here is akin to saying that the nine eleven attacks, the Paris attacks, or the Mumbai attacks could have been prevented if strict gun control measures were enforced. The banning of guns is as simplistic a solution to radicalism as Trump’s Muslim ban is. Bans do not come in the way of terrorists who seek to murder scores of people. Just like a Muslim ban can be circumvented using a fake identity, a gun can be illegally acquired.

The Left, to back up its arguments devoid of logic, often throws numbers around to demonstrate just how much more detrimental the lack of gun control is in comparison to terrorism.

But if the lack of gun control is so much more dangerous than terrorism, it speaks volumes about the Left’s incompetence to bring change in this regard. After all, it has an organized ecosystem capable of swinging public opinion about issues. People professing its ideology and its values have been in government time and again. What is it that prevents them from acting on their strong convictions? Perhaps their incorruptible façade is porous, and has allowed money and privileges from the gun lobby to penetrate. Or perhaps, like much else, this is yet another long term political ploy. The Left’s expertise includes championing a cause in letter and maintaining status quo in spirit, so that instead of one election, political rewards can be reaped election after election.

Another trick employed by some to divert attention from the real issue at hand, was to propound the view that this was a hate crime against the LGBT community. This was used by Hillary Clinton as well, with a subtle reminder that she was an ally of the community. This point of view is at best apologist. Obviously this was a hate crime against the LGBT community, we do not need Clinton or anyone else to tell us this. But why look at it from this superficial perspective? Why stop short of going to the origin of this terror, examine its roots and what it really stands for? Once again, obviously, there are ulterior motives and political brownie points at stake.

The mainstream around the world, which generally reeks of Leftism, has painted Donald Trump as a bigoted monster. This is how anyone whose views or standards differ from them, is crucified. But their efforts have been in vain. Trump has beaten career politicians, and is doing exceptionally well for somebody with ‘politically incorrect’ views. All the mainstream has done so far is to run him down, instead of examining what it is about him that strikes a chord with people.

Trump’s supporters, often referred to as the silent majority, are in fact a majority which has been silenced. The fact is that people are scared. The damage caused by radical Islam, be it in the Middle-East, in Africa, in South East Asia, or in Europe, is for all to see. It isn’t just the brutality, but an archaic way of life that people across the world are being forced to adopt. The U.S. has been largely unaffected until now, and people want it to remain that way. The current establishment as well as the Leftist ecosystem has treated this menace with kid gloves so far. The belief that people will be safe from it in the future even if a Leftist establishment is at the helm of affairs, is fast eroding. This is why Trump’s Muslim-ban, though simplistic, isn’t considered outlandish by many.

Senseless bigotry must be dumped, but so too senseless political correctness. Things must be called as they are seen, things must be examined fully. Trigger happy or pseudo deviations from the real issues must be set aside. Humanity faces certain dangers, and they need to be recognized. Debating on whether any danger exists at all, will not allow us to come together and act on it. Watching from the fringes for fear of being outcast by the mainstream, will be detrimental. Unfortunately, the psychopathic Left is only too happy to watch the world burn.