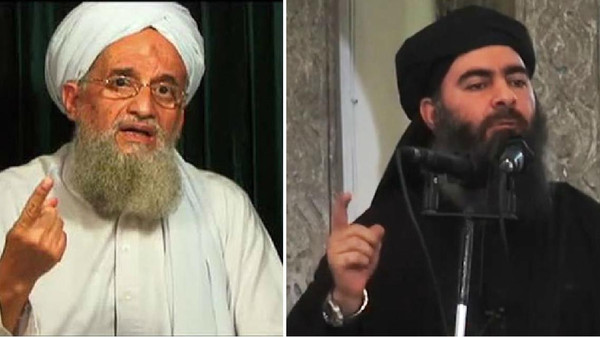 The organization known to us today as the Islamic state of Iraq and Syria (or alternately, by the Arabic transliteration Da’esh) has been around in one way or the other since 1999. Since 2006, it has enjoyed the support of a massive section of the local population in the afore-mentioned two countries. From 2011 onwards, it has benefitted from heavy influxes of foreign fighters- both untrained fanatics from the West and Arabic states, as well as professionals from the disbanded Baathist forces and Chechnya. Since 2014, it has been a de-facto independent country, capable of challenging centuries-old Nation States such as Syria and Iraq on equal terms.

Yet- until this year, ISIS had never attacked South Asia. So, why start now?

The key to this is understanding the nature of ISIS- and how it relates to Al Qaeda, the Arab states of the Middle East, and the nature of modern Islam.

The key to this conflict begins in the 18th Century when the Arab cleric Ibn Abd Al Wahhab joined hands with the warlord Ibn Saud to wrest Arabia from the control of the Ottoman ‘heretics’. The short-lived rebellion was a failure- but a century later, Ibn Saud’s descendant Abd al-Aziz would reinterpret Wahhabism into a form of Najdi Arab ethnic-religious ideology which he successfully used to conquer and create Saudi Arabia. When his modernist tendencies ran afoul of his more orthodox soldiers, Civil war erupted- out down with great effort. Since then, Wahhabi Islam- for most part- has been adopted as a form of Saudi State faith- aimed at both cementing the Al Saud regime internally as well as spreading Saudi culture globally to win international support. On the other hand, groups like Al Qaeda get their doctrine from an Egyptian variant of Al Wahhab’s teachings- that of Sayyid Qutb. Qutb was heavily influenced by pan-Arab Socialism- and thus preached a more inclusive, more political form of Wahhabism.

Thus, we find that Qutbist movements like al Qaeda are, in many ways, even more ‘moderate than political Wahhabist governments. While Wahhabism calls for the destruction of four out of the five traditional Islamic schools of jurisprudence, Qutbism calls for their merger. Wahhabism is a primarily cultural movement, Qutbism is more political and thus tolerant of multiculturalism. Qutbism takes a very soft view of the idea of Takfir- the accusation of other Muslims of not being ‘Muslim’ enough- and thus, lacks the blind opposition to other Islamic sects such as Shi’ism.

The rank and file of ISIS- as well as a significant part of their leadership- were originally serving under Al Qaeda in Iraq and its affiliates. However they also had the intelligence and professional services of several Baathist officers- many of whom were Socialists- of the former Iraqi army under Saddam who had been laid off by the Americans. As a consequence of such an origin, ISIS differs from these older Islamist movements is in that it takes a very apocalyptic view of Wahhabism and combines it with the political tenets of Qutbist movements. Thus to dismiss them as savages- as has been done in several points in the media- is mistaken- since ISIS has been the direct inheritor of not only Al Qaeda’s operational and organizational expertise- but also the professional and intelligence skills of the Iraqi Baathist army, at one time one of the most powerful armies in the World.

What ISIS, till now, has been doing is two-fold:-

1-      Establish an Islamic Caliphate as seen in the days of the First Caliphate.

2-      Thus, encourage the invasion of ‘Romans’ and ‘Persians’ from Khorasan under the leadership of the Anti-Messiah- which will lead to the apocalypse and the end of the World.

The end goal for movements like Al Qaeda has been political success. The end result for ISIS is- death and, in its logical extreme, Human extinction.

Thankfully, such ideas have encouraged crazed attacks by ISIS over the past year. While such tactics have been successful against unorganized and outnumbered foes, they started to fail the minute ISIS went up against well-organized, trained forces. Beginning with the reversals at Rojava against the Kurdish YPG to the recent reconquest of Fallujah by the Iraqi National Army, ISIS has been on almost constant retreat over the past few months.

ISIS’ problems aren’t limited to the military front. Its finances are under tremendous strain. Following the low oil prices, almost every faction in the Middle East has been struggling to make ends meet. But while Nation States can beg or borrow, ISIS is Takfiri; it can hardly borrow from anyone when they don’t recognize the right for countries to exist. In addition, Al Qaeda is heavily involved in supporting ethnic/ tribal groups fighting for some sort of Nationalist ideal. Thus, it has the benefit of getting funds not only from sympathetic migrants in the West but also from avenues like gun running, goods smuggling- and tribute from allied terrorist groups. ISIS has nothing of the sort. Save oil- and kidnapping- they’re starved of funds altogether.

What has complicated things for ISIS in recent years even more is that in May, 2016, Al Qaeda declared War on the organization itself– and simultaneously ordered its Syrian allies to declare independent States of their own. /even in Nigeria, ISIS’ ally Boko Haram has been losing ground to more ethnic militants.

Many of ISIS’ troops are Baathists & ordinary Sunni tribals who opposed the Shia government of Iraq, and have no real intention to stick to ISIS’ apocalyptic message. Also- Al Qaeda actively recognizes the right of States to self-determination. Thus, even secular and Shia forces such as the Kurdis or Hezbollah would be inclined to ally, or simply declare neutrality, with Al Qaeda affiliates.

At present, it’s extremely likely the so-called Caliphate of the Islamic State of Iraq and Syria won’t last another year.

ISIS has adapted to this by starting to copy Al Qaeda’s style of operations- a shift in focus from field warfare to clandestine terror attacks. But while Al Qaeda’s attacks were few in number, well planned, and aimed at some greater strategic motivation, ISIS’ are and will be nothing more than plain butchery. It is highly likely that future ISIS terrorists would be having little to no contact with ISIS handlers, very little equipment, and very little planning. These attacks will be spontaneous and wild- with extremely high failure rates in execution but very little chances of detection. These will most likely be using improvised weapons- a couple of knives, a single revolver, a homemade pressure cooker bomb- instead of the old style complicated RdX weaponry.

This uncaring, ‘mindless’ style of warfare is being promoted by ISIS almost exclusively at urban Muslim youths.

The young men who will be joining ISIS, thus, will be those who have little connection to their ethnic roots. They would have been relatively unaffected by Islamic doctrine- or if indeed affected, come across it at a rather late stage life of youth. They would be on the brink of a quarter life crisis; the early rush of their lives is giving away, they would be coming face to face with the reality of a World that is, simply out, not made for their or their culture. And no matter what the society is- be it the utter alienity of the West, the multicultural norms of Hindu India, or even the changing urban World in Islamic states, this sense of alienation will remain.

Al Qaeda invests a massive amount of resources in zones of ethnic conflict- such as Waziristan or Kashmir. It expends a lot of time and energy in indoctrinating people to their way of thinking. Al Qaeda is playing a slow game- one that might even last decades and centuries. On the other hand, ISIS is entirely focussed on an apocalyptic future that is round the corner. It spends next to nothing on indoctrination, nothing on training, nothing at all. It targets young urban Muslim boys almost exclusively through the internet- and promises instant rewards. ISIS is a young man’s ball game. Small wonder that recently they released videos depicting beardless Afghan boys, barely out of puberty, butchering old bearded Taliban.

In other words, the Young sweeping away the Old.

It is no longer enough to wave off internal security as the responsibility of only the government. Only constant public vigilance, and mutual cooperation can allow Indians to withstand such ISIS-style uncoordinated, spontaneous, lone wolf style attacks.