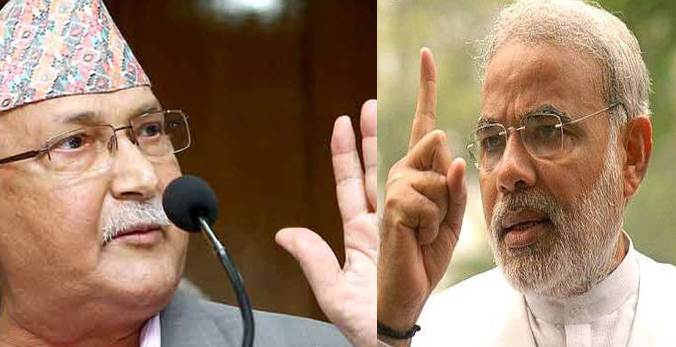 India is arguably the biggest impediment to China’s long-term geopolitical objectives. It is just as much about territorial disputes as it is about a paradigm shift in the world order, which is underway. It isn’t for nothing that the twenty-first century is referred to as the Asian Century. Considering the Asian giants, India and China, will be at the forefront of this new world order, China has taken several steps to consolidate its position and keep India on its toes. Of late, India too has begun standing up for itself.

One of the tactics China has used to destabilize India, has been to create friction between India and its many smaller neighbors. This has largely restricted India’s defense and foreign policies to its immediate neighborhood, a pleasant side effect for the ambitious Chinese. But implementing such a policy on the ground has proven to be a tough task, considering each of India’s smaller neighbors isn’t Pakistan. In other words, most of them are not terrorist nations with military rule and a democratic façade, with the sole aim of continuing their conflict with India and ready to rent out their strategic assets to the highest bidder. The solution China found in countries like Sri Lanka, Bangladesh and Nepal, was to cultivate mainstream politicians who would cooperate with them.

In the last decade, two such politicians made it to the highest offices of their respective countries: Mahendra Rajapakse in Sri Lanka, and more recently, K P Sharma Oli in Nepal. During their tenures, their countries’ relations with India worsened steadily while China made significant inroads. This was quite unusual, considering the excellent relations India has shared with them traditionally.

On Sunday, the Nepalese prime minister K P Sharma Oli resigned. His resignation came right after major stakeholders in his coalition government withdrew their support. He chose to quit instead of facing a floor test in parliament. Nepal’s tilt toward Beijing came to the fore after Oli took charge, when the new government started sourcing essential commodities through the Tibetan plateau. This was quite impractical for Nepal, but the existing Indian route was largely shunned nonetheless. After this, the new constitution came about redrawing the country’s provinces and marginalizing the Madhesi community. The Madhesis are a tightly knit community, and are spread out in Nepal, Bihar and Uttar Pradesh. They have been a key factor in the healthy relations India and Nepal have shared.

Initially, India expressed its displeasure regarding the new constitution. After this, the Madhesis agitated and a complete blockade at the Indo-Nepal border ensued. It is believed that the blockade had India’s tacit approval, and perhaps even more than that. Overnight, Nepal was completely dependent on China. This didn’t work out for them, due to geographical difficulties. Ultimately, China asked the Oli government to mend its ties with India. The Chinese were averse to let their ally in Nepal dig his own political grave. India’s arm-twisting was successful.

Considering the Madhesis make up seventeen and a half percent of the Nepali population, none of the major political players in the country wanted to alienate the community. But after the infamous blockade, people began perceiving Oli as anti-Madhesi. His allies began fearing a political backlash. Gradually, they began deserting him, until he was reduced to a minority in parliament. With his resignation, India’s objective of casting Chinese agents aside was achieved.

Last year, Sri Lanka’s two-term president Mahendra Rajapakse was voted out of power. Rajapakse was a known ally of the Chinese. He too had shunned India, which had always been a partner, and had made a beeline for Chinese investment and aid. The Chinese pumped billions of dollars into the little island’s infrastructure, including a strategically placed port. This was essential in their scheme, of making all the countries surrounding India completely dependent on them. Rajapakse was so confident about winning a third term that he called the elections earlier than scheduled. His opponent Sirisena defeated him, with a lot of Indian help it is alleged.

India’s foreign policy has undergone a major remake in the last two years. Apart from improved relations with the Western world (the U.S. in particular), new high-value memberships of various prestigious international clubs and successful operations abroad, Pakistan and China have been dealt with appropriately. With India now playing a double game with Pakistan, engaging militarily and keeping the Baloch fire burning while interacting cordially at the same time, Pakistan is on the back foot. China’s little games are also, for the first time, receiving a response. Hosting Tibetan separatists and throwing out Xinhua’s bureau chiefs for clandestine activities are the tip of the iceberg. The major triumphs were Rajapakse and now Oli, and how our smaller neighbors were steered back into our fold.