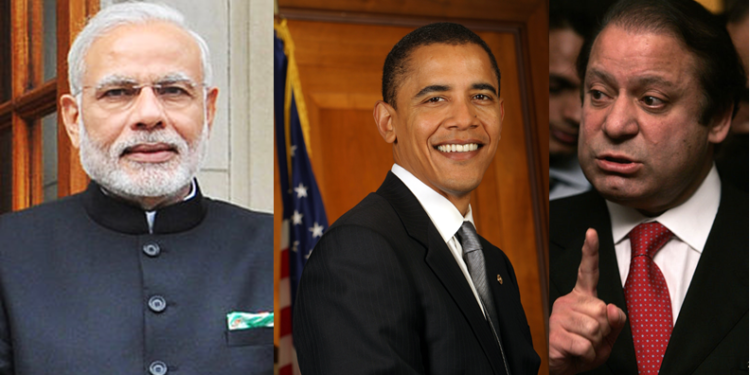 Modi’s I-day reference to Balochistan has created palpable excitement throughout the nation. The sense of enthusiasm is understandable as most Indians feel that Pakistan has been allowed to take advantage of India’s righteous behaviour and that it is about time that Pakistan is taught a lesson.

There is also a comprehensible sense of deja vu.

The last time India decided to teach Pakistan a lesson, it ended up splitting that country into two. Many expect that Modi’s reference to Balochistan will eventually result in another collapse of our western neighbour, resulting in Balochistan’s liberation from Pakistani military’s vice-like grip.

The more excitable amongst us believe that India is poised for a military action against Pakistan and the liberation of Quetta will happen on the likes of liberation of Dhaka more than 4 decades ago.

Already, protests by Sindhis and Balochis in Europe and even in Pakistan are arousing the curiosity of our media channels, which hitherto have been busy criticizing Modi.

Therefore, it came as quite a dampener to hear the US take Pakistan’s side on the Balochistan issue. In a terse statement, the US made it clear that it does not support an independent Balochistan.

Obviously, the anti-Modi brigade hopped on to US’s statement to portray it as a major setback to Modi government’s policy.

But, realistically speaking, anybody who had hoped that Modi’s I-day reference to Balochistan would work like a magic wand, resulting in instant independence for Balochistan and prompt collapse of Pakistan, was either high on drugs or a complete nincompoop.

In fact, US’s position on Balochistan in along the expected lines. US cannot be expected to support India’s stand, even if it is not in its own national interests.

At a time when the US is embroiled in multiple conflicts the world over (Libya, Yemen, Iraq, Syria, China, North Korea etc.), it would surely not want to rouse the animosity of an N-powered Pakistan.

Even the Gods above do not know the levels of lunacy to which those crazy Mullahs and deranged generals in Pakistan are capable of stooping.

China and Pakistan are the closest of partners because of the intense hatred for India. For China, Pakistan is clearly a tool to keep India in check.

The US realizes this uncontested fact, but is pretty much powerless before China. The rise of China in the international sphere has coincided with US’s increasing enervation.

While the US keeps outraging Chinese sensitivities on a number of issues, Balochistan is an issue, which is far too unimportant for the US to engage in to raise China’s hackles.

For China, Balochistan is a gateway, linking its troubled Xinjiang region to the Indian Ocean.

It has already invested billions on building the Gwadar port and is still spending billions on infrastructure and exploration in the strife torn province. From China’s perspective, if Balochistan were to fall today, what is the guarantee that Pakistan would be able to guarantee security in the contested Gilgit-Baltistan region tomorrow?

Balochistan, therefore is of paramount strategic importance for China and of relatively no significance for the US. The boat of US-China relations is always in choppy waters and the US might not, right now, want to rock it further.

It is believed that Pashtuns form Pakistani Balochistan’s majority. In Afghanistan too, there are 2 lakh Balochis in its Nimruz province. Iran’s Sistan o Baluchestan is the Baloch majority part of the country.

Any attempt to liberate Pakistani Balochistan will inevitably have a cascading effect on the Balochistans in Afghanistan and Iran.

US has only recently managed to wriggle out of Afghanistan after having bloodied its nose in trying to pacify the country. Iran, for long US’s pathological foe has only now begun to turn around.

From US’s perspective, an independent Balochistan might not be cardinal enough to destabilize Afghanistan (again!) and irredeemably ruin its rudimentary relations with Iran.

On deeper thought, an independent Balochistan might not serve India’s best interests as well. While everyone gets misty eyed about India’s role in liberating Bangladesh, one must contend with the fact that Bangladesh has not been India’s most dependable friend.

In fact, covertly and overtly, Bangladesh, for many years, followed Pakistan’s policy by arming insurgents in the North East. Even today, were Begum Khaleda Zia return to power in Bangladesh, Indo-Bangladeshi relations are bound to sour.

Our strategists must debate whether an independent Balochistan is in our best national interests.

Given that countries in the Islamic world are notorious for rejecting democracy and embracing Islamic fundamentalism, will India end up adding, in the form of perhaps an Islamic Republic of Balochistan, another rogue state lined up against it?

Will such a state, like a domino effect, destabilize Afghanistan and further radicalize Pakistan? It might make infinitely better sense for India to use Balochistan as a strategic lever against Pakistan to discipline it, like a father does to his son.

Of course, if the son is pathologically delinquent, it might call for stringent steps. But one should consider those steps when one crosses that bridge.

For now, India’s interests are best served by exposing Pakistan and shaming it on the world stage.