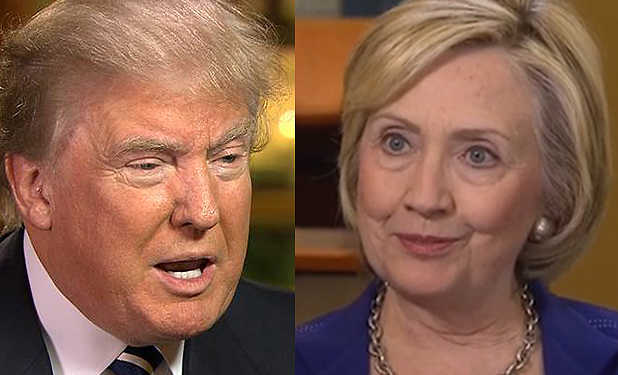 If there was one thing that you would learn from the 2016 US elections it would be Hillary Clinton’s “How not to run a presidential campaign”.

She had this election in her hand and now it looks like she will snatch defeat from the jaws of victory. Last month she had a 5 point lead over Donald Trump who was so obsessed in gift wrapping the white house to Clinton by continuously scoring own goals.

Trump has zero experience in politics .He hadn’t released his taxes and yet calls Hillary corrupt. All it took for Donald Trump to reduce the lead to a mere 1 point was to act like a normal presidential candidate.

He met some foreign leaders. Met veterans and conservatives. He spoke of policies and homeland security from Teleprompters and above all didn’t be himself. There was no way in hell such small things would have cut the lead to a mere one point.

There had to be other reasons and the biggest reason was Clinton herself. FBI email leak followed by her near collapse on 9/11 at New York memorial which was almost her first public appearance in some time.

This called in various speculations about her integrity and physical health. Let’s be honest Hillary is neither a charismatic leader nor a terrific orator. She is in fact one of the most boring Presidential candidates in a long time.

At least Trump is entertaining and media follows him where ever he goes and since last one month he has been on hectic road shows in swing states. Hillary just sat at home expecting her surrogates to do her work.

Hillary and her team had to show some class but all they did is show the lack of it, in the recent advertisements targeting Trump. Instead of focusing on what Hillary can do, they were focusing on why Trump is bad.

The problem for such a campaign is the business tycoon has already mastered it. Right from the Republican Nominations in 2015 Trump has been using the same strategy and it has worked for him mainly because he was more of a reality show star than a politician.

No one knows why Hillary’s campaign wanted to fight Trump using his own strategy. You don’t fight fire with fire especially not in politics.

When Hillary went on bit further calling Trump supporters as deplorable she made a major mistake. She was right where Donald wanted her.

She was hounded by the media and GOP. Suddenly it was no longer Trump vs Hillary, it was between the lesser of the two evils.

Another major reason why Hillary campaign is losing steam is thanks to Gary Johnson. Hillary expected the Libertarian would cut into Donald’s hating Republicans voters but there seems to have been a miscalculation.

Most of Hillary’s supports are youngsters and Trump’s supporters are above 50 years old. Most of the young voters are attracted towards Gary Johnson which is another headache for Hillary.

Mark my words, Trump has a legitimate shot on winning the elections. Hillary threw everything she got at Donald Trump.

What didn’t kill Donald Trump only made him stronger. He has the momentum on his side. All he has to do is to participate in the debates and act normal.

Trump the man with a big mouth who loves inflicting self-injuries on his campaign vs Hillary the lady who is currently running the worst presidential campaign in the history of modern politics.

May the best loser win!