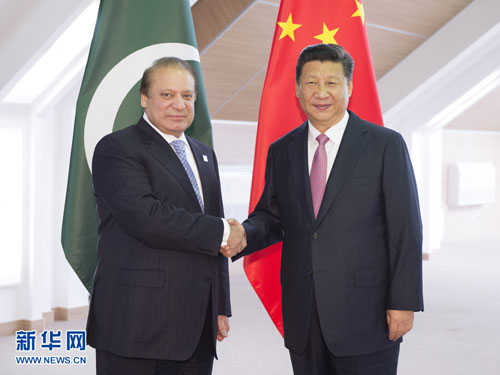 Recently I happened to read ‘JFKs forgotten crisis’ by Bruce Reidal, a book which peeps into Kennedy administration’s handling of the less spotlighted war at the Indo china border in 1962 when Cuban missile crisis was at its peak.

Fundamentally it underlined how an American tilt towards Indian side during the brief border war had formulated a setback in US-Pak relations that had flourished owing to previous Eisenhower administrations closeness with Islamabad over use Peshawar as a base to conduct reconnaissance missions inside the Soviet Union.

Pakistan like a heartbroken lover of sorts had found a communist shoulder that lay adjoined to India’s perimeter.

That moment was the turning point which cemented already established bilateral relations between Mao’s People Republic of China and Islamist Pakistan.

It set the stage for a bonhomie that has increased with time and strengthened especially after the end of Cold War and Pakistan’s growing perception of a step motherly treatment it receives from the Americans.

As a matter of fact if you see movie Inception, the dream within a dream within a dream lays a complex storytelling. Foreign policy in our sub-continent is similar to Christopher Nolan’s complicated masterpiece in the sense that each country uses a counter weight of a nation to thwart prospects of the another or so on to sum up into a layer of complications.

United States uses India as a counterweight to Chinese ambitions of global hegemony. In the same tune, Islamabad warms up to China in the wake of derailing Indian attempts to emerge as a regional player.

However United States and India have complemented each other to be natural allies in the wake of challenges owing to global terror, supplemented by sound democratic foundations and similar values.

Pakistan and China even if they like to call them shelves as ‘All weather friend’ ( according to surveys and public opinions the Chinese have most favorable public opinion in Pakistan )in the midst of a mutual admiration society is nothing more than an allegiance of mere convenience.

On a state visit on 2015, Xi Jinping predictably lavished praise calling Pakistan as having brotherly feeling at home. The article in daily times where he opinionated however failed to give insights into the actual state of their bi lateral relations.

Undoubtedly in the scheme of economic cooperation, trade and military, both the countries have enjoyed a much depth of warmth and splendor. The recently started China Pakistan Economic Corridor under construction along the lines with Gawadar port is supposedly going to steer their economic cooperation into stratosphere.

The proposed 46 billion dollar Chinese investment, the continuing laurels of joint military exercise, designing tailor made advanced weapons and the continuing nuclear cooperation demonstrates the robustness of their relationship.

So as a supposed Chinese revolution dubbed by the Pakistani media is sweeping the country, some analysts have hailed their relations in the same league as that of US-Israel.

Apart from both being nuclear powered (recognized-unrecognized), the comparison dies a natural death in the realms of geo political game of chess and unpredictable nature of the Chinese Gov. in securing its own interests.

Although with all the glitters of CPEC doing the rounds, Uri attacks and the subsequent criticism and probable isolation of Pakistan did make the Chinese shudder over its most global ambitious project.

A Chinese daily close to Beijing has warned setbacks in the development of CPEC which is seen as an indirect screw tightening exercise by the Communist state to put pressure on Islamabad over its terror links.

In the wake of fears of security concerns and returns of investments, China wants to extend its one belt one road formula to other South Asian countries that also may help it see soften the south China sea dispute.

Then there are other concerns too. International isolationism of Pakistan and even labeling it as a failed terrorist state may corner Chinese sphere of influence which is already reeling over a weak economy (amid concerns over a fast rising debt forecasting even a collapse in the economy)and its projection as a power in lieu with BRICS.

Although it has had supported rogue regimes like the North Korea in the past in spite of it being cut off from all diplomatic channels and international community, Pakistan off late with its inherent rising tides of insurgency has ties to Turkistan Islamic party and the Uyghur terrorists in Xinjiang province of Western China which may be an emerging point of conflict between these nations.

As the terrorism has become global even the Chinese are becoming wary of the same and in order to secure its own interest in uprooting insurgency in its Xinjiang province which is adding more headache to its Tibet and Taiwan problems, a complete showdown of a support is debatable.

Although bilateral alliance between the PRC and Pakistan has stood the test of time, there may be a beginning of inner rumblings in the same owing to a number of challenges in a fast growing multi polar world.

Bilateral relationship with Islamabad was a two prong subjected courtship. Pakistan was a Chinese pawn to override Indian strategic interests which will continue and a base for its own power projection in lieu with establishing regional superiority in Asia.

With respect to later, Beijing may look for better pastures and now with emerging third wheel of terrorism, a poor man’s clone of a Washington Jerusalem relationship may further dive down and stay only as a mere cooperative convenience of harboring a namesake alliance of hatred against a rising New Delhi.