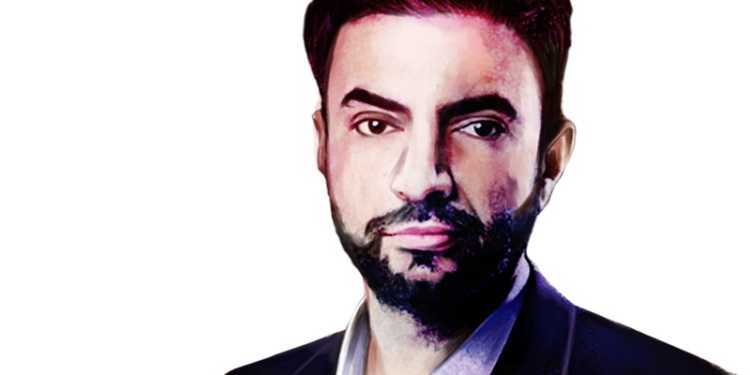 After prime minster Modi spoke about Balochistan in his Independence Day address from the ramparts of the Red Fort, the issue has been catapulted into the global mainstream.

Balochistan is one of those territories in the world that has undergone largescale oppression in the hands of ruthless occupiers, namely the Punjabis of Pakistan.

The effort to publicize the atrocities and the fact that it is illegally occupied, were largely from the fringes until the Indian prime minister took it up formally.

Now, a prominent freedom fighter of the region has sought political asylum in India. Brahumdag Bugti heads the Baloch Republican Party. His grandfather Nawab Akbar Bugti was the patriarch of Balochistan’s largest tribe and was murdered by the Pakistani police in 2006, during the Musharraf regime.

Brahumdag has been in exile ever since. The government is considering his asylum request seriously. It is likely to be accepted because it will be compliant with India’s agenda at several levels.

The primary reason why his asylum should be accepted, is because Balochistan’s occupation isn’t merely a diplomatic tool for the Indians. It isn’t a ploy to divert attention from Kashmir or create a Kashmir-like situation in an enemy country.

Balochistan has been taken up officially for a reason. The aggressive manner in which the Modi government has pursued the issue, like taking it up on various international forums and starting radio services in the region’s native language, indicates that India has a clear objective in mind.

India’s objective is Balochistan’s liberation. This would consequently ensure that Pakistan breaks into four parts. It’s the only way India can deal with its hostile neighbour, because Pakistan has several constraints and vested interests which will never allow peaceful relations with India.

The country is controlled by the military, which needs a perpetual justification for its existence. China’s generosity and support too demands that India is irked every now and then.

For India to dismantle this entire setup above board, largescale military action will be a necessity. This might not be the wisest option considering the costs and the uncertainties.

Contrarily, aiding elements in Pakistan to break the country from within is an option that is efficient and safe. In Balochistan, we have a legitimate claim as well as a human rights issue to work with.

Adding fuel to the Baloch fire is the cleanest and most strategic form of retaliation India can practise against Pakistan’s constant pinpricking.

Bringing a human rights issue to the fore is the surest way of coercing the global community to support the oppressed. Moreover, India isn’t obliged to engage militarily with any hostile neighbour, nor can the hostile neighbours have an excuse for the same.

It can only watch as the movement gathers steam and attains its objective eventually. For India, it is essential to ally closely with the movement. Controlling it to a certain extent at a strategic and an international level, will be advantageous for both sides.

India has made the right moves already, and granting Brahumdag Bugti asylum will be another step in bringing both sides closer together.

There is one angle to the Baloch issue that is usually ignored in India’s mainstream discourse. This angle has the potential to harm Indian strategic interests.

Parts of what the Balochis consider to be their land lie in Afghanistan and Iran, Pakistan’s neighbours on it western frontier who are strategically aligned with India on an anti-Paki plank.

By stoking the Baloch fire, we risk losing their support and weakening our resolve against Pakistan. But if we have the Baloch freedom movement headquartered in India, we would have a sufficient say in its policies.

We could use these obstacles as stepping stones by facilitating a deal between the Balochis and our two partners. In exchange for not spreading the movement beyond Pakistan’s borders, the Balochis could use Afghan and Iranian soil for resources and logistical support.

India does not share a border with Balochistan, therefore Iran and Afghanistan are the only possible routes to strengthen this movement on the ground.

For India to make this call and facilitate a deal of this nature, we would need people like Brahumdag to trust us completely and unconditionally. Granting him asylum would be a good starting point.

It is unlikely that Brahumdag approached the Indian mission in Geneva to seek asylum in India without having consulted the Indian authorities beforehand.

The timing of his request, which coincides with one of the worst diplomatic backlashes Pakistan has faced in its history, doesn’t seem to be coincidental.

Considering the attention a move like this would attract right now, and considering India to be quintessential to their plans, the Baloch leadership would have made sure that it doesn’t embarrass India on the international stage.

A rejection of Brahumdag’s request would draw cries about Indian duplicity and cowardice. Therefore, there is enough reason to believe that his asylum has already been agreed upon in principle, and that we are simply watching the optics unfold before our eyes.

Even if this is not the case, India will be forced to grant Brahumdag political asylum in order to claim the moral high ground. After Brahumdag approached the Indian mission, Pakistan has declared him to be a terrorist and asked the Interpol to extradite him.

Leaving Brahumdag in the lurch would damage India’s credibility to lead the Baloch freedom struggle. It would also prevent India from contradicting Pakistan’s allegations against him.

In a sense, the Pakis have shot themselves on the foot by leaving zero leeway for India to reject his proposal.

Granting him asylum and backing him will help the freedom struggle to structure and strengthen itself. Once that is achieved and Pakistan’s Western neighbours are on board, Pakistan’s implosion will only be a matter of time.

We are waiting for the Modi government to grant Brahumdag  Bugti political asylum in India, continue to watch this space closely.