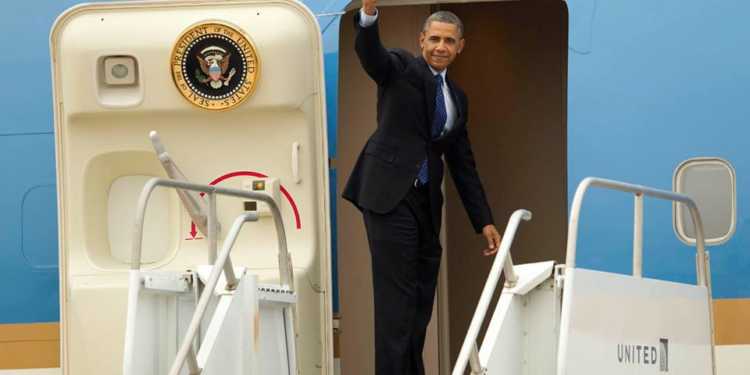 It’s the day we remember because President Obama delivered the most dynamic and motivational speeches after receiving the Nobel Peace prize awarded to him.

He said in his speech:

“But perhaps the most profound issue surrounding my receipt of this prize is the fact that I am the Commander-in-Chief of the military of a nation in the midst of two wars.

We must begin by acknowledging the hard truth: We will not eradicate violent conflict in our lifetimes. There will be times when nations — acting individually or in concert — will find the use of force not only necessary but morally justified.”

He made references to Martin Luther King, Nelson Mandela, Mahatma Gandhi, Woodrow Wilson, John F Kennedy and other outstanding men. The speech showed how his character and personality was created by the ideals and principles of these great human beings.

The Peace Prize sort of acknowledged and gave credence to the turning point that his election signified.Only very rarely has a person to the same extent as Obama captured the world’s attention and given its people hope for a better future. On our national stage only Modiji was able to produce such an effect in 2014.

The presidentship of the United States is a job not only limited to America, but it has an influence on the globe as a whole. Obama as President created a new climate in international politics. Dialogue and negotiations were preferred as instruments for solving even the most difficult international conflicts. His diplomacy was based on the concept that those who are to lead the world must do so on the basis of values and attitudes that are shared by the majority of the world’s population.

He went to withdraw US from Iraq knowing it would help ease tensions between the United States and the Middle East, outlined and promoted ideas to deal with the Israeli and Palestinian conflict, and he did indeed create a new climate in the air, which was acknowledged by many world leaders who truly felt that the President had created an entirely new atmosphere in the world for dealing with problems.

He killed bin Laden. Took out Muammar Ghaddafi with a ‘lead from behind’ policy. He eased restrictions on Cuba, Vietnam, Myanmar and worked for stability in Kenya and Somalia against the pirates and internal agitation there. He fought for transparency of foreign assistance and federal funds to fight for a more honest and less corrupt world. He brought Iran on the diplomatic table to administer with its nuclear program. We should not forget that Obama took office during a fiscal meltdown, two wars, and a housing crisis in 2008.

But unfortunately and regrettably the man in reality is going forth with a legacy we hate. Critics believe the United States overreacted in the role of the military to confront emerging threats. After the killing of Osama bin Laden the Obama administration regarded the threat of terrorism as diminished, contained and manageable.

But there rose mass atrocities against civilians in the Middle East, where almost 500,000 have died in Syria. There are over 12 million refugees. Many of them are destabilizing the European Union. The Islamic caliphate was established by ISIS. The second-biggest city in Iraq has been controlled by a terrorist organization for more than two years. The Islamic State and its allies are now in at least 27 countries. France, Turkey, Belgium, Germany and other states are facing the brunt of rising global terrorism. In his 2009 Nobel Prize speech, Obama said that inaction in the face of mass slaughter “tears at our conscience and can lead to more costly intervention later”. As Syria turned into hell on earth, the president repeatedly made the case that any interference would be either futile or dangerous. With ISIS-connected terrorism spreading in many regions of the world and illiberalism growing in Europe on the back of the refugee crisis, Syria has become a security threat well beyond the Middle East.

As his presidential term comes to a close, the fact is that Obama has little to show the world on Syria. History will remember that this all occurred under Obama’s watch. With an estimated half a million deaths, the Middle East in flames and European allies destabilized by the impact of refugee flows, he unfortunately has to pass on a crisis to his successor.

Sitting in a room, I am not really qualified for commenting on World foreign policy and its outcomes.

But for me Barack Obama is without doubt a great leader.

Although Obama has experienced a lot of difficulties as a president, he did his best. The better US-India relationships credit too goes to him. He was thoughtful and he was patient. He made decisions following his heart. He was articulate and decent with his vision. He was an inspirational Man as well as an inspirational President.

He said in Nobel peace prize speech that same day

“I make this statement mindful of what Martin Luther King Jr. said in this same ceremony years ago: “Violence never brings permanent peace. It solves no social problem: it merely creates new and more complicated ones.” As someone who stands here as a direct consequence of Dr. King’s life work, I am living testimony to the moral force of non-violence. I know there’s nothing weak — nothing passive — nothing naïve — in the creed and lives of Gandhi and King.”