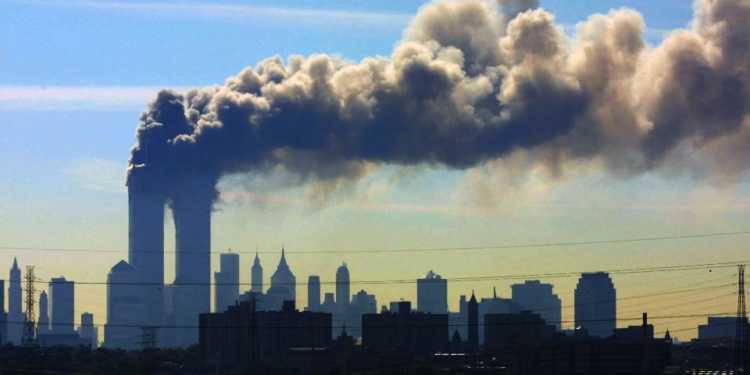 My friend Kalpojyoti, a student of Psychology quoted something that sounded like “When provided with contradictory evidence, people tend to support their wrong stands, more vigorously”. Though the statement was on Trump supporters, it suits to the US Congress.

JASTA or Justice Against Sponsors of Terrorism Act was passed by US Congress, overriding the veto by the American President on 2(8th September 2016, two days after Sushma Swaraj highlighted the failure of United Nations in finalizing and ratifying the CCIT (Comprehensive Convention against International Terrorism).

Commenting on both these topics is almost like to make head and tail of Rahul Gandhi’s speech. One doesn’t know where truth ends and fiction starts.

For the starters, CCIT was proposed by India in the year of 1996, but so far could not be realized by the UN. Because, well they couldn’t define what amounts to ‘terrorism’ and who should be called ‘terrorists’. Meanwhile, if many people lose their lives to terrorism, it is their fate and not the problem of UN. And that’s how perhaps, the UN functions.

Well, it appears all these are simple steps to reduce, if not eliminate terrorism – worldwide. But many groups of nations have problems.

US and its allies fear that the actions by their soldiers (without UN mandate) may be questioned and they may be prosecuted.

Rulers of Latin American countries fear international humanitarian laws and being called  ‘state terrorism against its own people’.

Then there is the OIC that fears that Pakistan will be targeted. Another major concern of OIC is rights of self-determination groups in Palestine, Kashmir and others would be reduced (as if they care for rights of groups within their own countries).

Well, that is the story of CCIT and how the world failed to define ‘terrorism’, let alone save people from it.

Coming to JASTA, it is at the other extreme on the scale of efficiency. If CCIT failed to see light even after two decades of existence, JASTA was enacted in almost a decade from the time it was introduced in American senate. Well, it is an internal law and was easy to pass, especially when there are many efficient people available for free.

(Sec. 4) The bill amends the federal criminal code to impose civil liability on a person who conspires to commit or aids and abets (by knowingly providing substantial assistance) an act of international terrorism committed, planned, or authorized by a designated terrorist organization.

(Sec. 5) It establishes exclusive federal court jurisdiction over civil claims under this bill.
It authorizes the Department of Justice (DOJ) to intervene in civil proceedings to seek a stay. A court may grant the stay if the Department of State certifies that the United States is engaged in good-faith discussions with the foreign state to resolve the civil claims.
(Sec. 7) This bill’s amendments apply to a civil claim: (1) pending on or commenced on or after enactment; and (2) arising out of an injury to a person, property, or business on or after September 11, 2001

Well, this law could only be prepared by a school boy who was writing an essay titled ‘If I become the King of the World’. Unfortunately, the world can’t afford to have one King.

As explained by Obama, the President of the United States in his veto message, JASTA eliminates the immunity of foreign nations from the judicial processes in United States. This means, effectively declaring those nations are under the jurisdiction of American courts, which may cover entire globe, depending on whom the plaintiff pleads against.

Obama expressed his fear of other nations reciprocating with same action of enacting their version of JASTA wherein the jurisdiction of their courts would cover the United States.

Considering that it would be left to Judges and not to Politicians the newly defined powers would be given, why the Congress was so adamant to override the veto of lame duck President? Of course, there were many rumours going around in international circles on the stranglehold of Jewish establishment over America, so much so that many believe America is controlled by Israel through the Jewish cartel.

Of course, it is quite understandable why Saudi Arabia is dead against the law enacted in America. Of course, many of the terror plotters of 9/11 were Saudi nationals. And Saudi Arabia is one of the friendliest nations America has, as on date. Both America and Arabia had traveled through thick and thin together, by scratching one another’s back to mutual benefit in the process virtually eliminating every second nation that may question the authority of Saudi in the middle-east.

The third world war that America started ever since the cold war ceased to exist started from the slant drilling of oil by American firms in Kuwait, from Iraqi fields. And in the process created were Taliban to Al-Quaida and culminated in 9/11.

Still, using 9/11 as a ruse, US had targeted Iraq over WMD. Though nothing could be found in Iraq, the country was devastated and its ruler (perhaps the best of the lot available in middle-east) was hounded and killed. American administration is worried on the re-birth of all demons they buried over decades.

Well, if the JASTA is implemented in letter and spirit, there would be definitely reciprocation from nations suffered at the hands of US of A. This is the major problem realized by the administration.

More than this, how the courts in America would deal with the defendants, who may be heads of states is one instance that was considered why this legislation would be rendered useless.

We, in India have the classic case of a state government not executing the Supreme Court ruling, and all the court could do was to warn the state – repeatedly. Consider, if someone in America files a case against the head of some nation, how the court would execute its own order despite convicting him, given it has no resources to implement its order, overseas?

Well, all said and done, JASTA became a reality and CCIT still rots in procedural red-tape.

If the cartel behind the JASTA was really serious on avenging terrorism in true sense, they did have all the means to support and get CCIT see the light. Else they could choose some other instrument to blunt the terrorism, but all they did was to enact a stupid law that could only be used to settle political scores with no tangible outcome.

The contrasts in these two laws, especially in the way they were treated by the American Congress and the World confirms that the world had become unipolar, in strict sense. And for the sphere with only one pole, it shall be at the centre pulling and pushing everything inwards and outwards, alternately. And thus it would be in perpetual oscillation or in a destabilized mode, forever.

The power balance that the world experienced in either bi-polar or multi-polar times was lost for bad, as history reminds us never a single nation could control the world for long. May be this is the beginning of the end of America, as their resources would be wasted chasing ghosts.

Seems the centuries old curses of dying Native Americans (Red Indians?) starting to affect, after all.

And so marked was the end of United Nations that pretended to represent entire world. Well, now the gloves are off and the fight is free for all. While UN debates on legislative nuances, terrorist attacks would continue.

In coming years one would see terrorists are not fought in field, but in courts through litigations. Well, whether I like it or not, all terrorists and their sponsors, whom the JASTA wanted to punish, would like the situation.

All JASTA proved was: The more things change, the more they remain same, especially when nuisance prevails over new-sense.