The Negotiation table after Surgical Strike 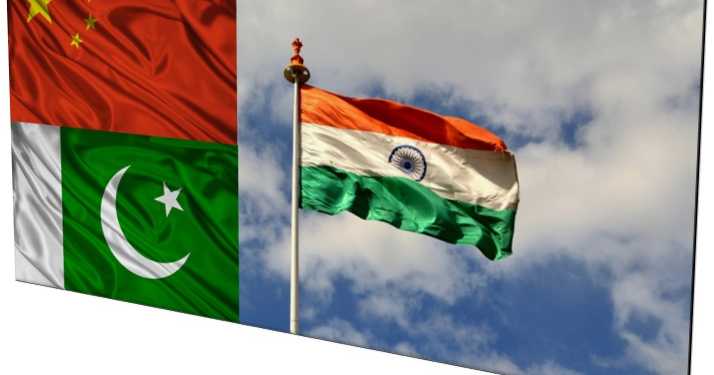 The Surgical Strike is the buzz word of this year! The attempt of Indian Army which neutralized some camps and terrorists in Pak Occupied Kashmir is a fine success indeed.  It may not be a permanent check on terrorism anyway.But the capability and will power of India, to ‘strike back’ stands demonstrated.

The killed terrorists or the number may be insignificant. But the ‘message’ which was sent by such an action by New Delhi, is enough long lasting to make impact on the Geo-Political atmosphere of Asia. Especially the three countries which constitute the ‘Typical Asian’ power circuit will be affected by it.

India, Pakistan and China too, We will try to take into account the relative positions and strategic balances, of these three Asian giants, which are affected by the surgical strike.

Firstly it is necessary to make it clear that the tactical importance or achievements of the Cross Border Surgical strike performed by Indian Commandos is not that important, from an analyst’s perspective.

The strike achieved something more than killing few dozens of terrorists. The strategic and political significance is not stressed in the celebrations or wave of emotions. But for sure, the strike has shaken the ‘table of negotiations’ for these Asian countries.

It is necessary to understand the characteristics of that effect done by the ‘29/09 Surgical Strike’.

From Indian perspective, the strike is one of the most significant happenings of recent times. It will surely strengthen the image of current Government in New Delhi. Narendra Modi is known for his ’56 Inch’ image.

The constant attacks supported or purported by Pakistan like Gurudaspur, Pathankot and Uri; had some negative impact on his image. But this strike has re-established his ’56 Inch’ image among his fan-base as well as the nationalist niche of Indian population.

This has helped India in gaining a ‘positive momentum’ in terms of National Unity too… But the most radical effect of this Surgical Operation is the ‘Message’ it conveyed. After 29/09, India’s image of ‘Soft State’ is actually changed.

One strike is not enough to counter terrorism in whole. But this Strike has definitely resulted in a ‘change in perspective’ of World about India. Actually, the ‘Demonstration’ is needed even when you have convincing capability on paper. It makes the effect on ground.

The Surgical strike and the decision to perform it was really risky for New Delhi for sure. But Modi Government and Indian Military jointly assumed the risks while advancing for such a adventurous attempt.

But there are ‘No Returns without Risk’ and this applies to the Geo-Politics too. So, in return, India has gained –

But India and Modi Government should eye for some more. The ‘most needed’ tasks are not ‘Cross-Border’ ones. Strengthening the borders is the most difficult task, if India wants to check potential attacks like ‘Uri’ in future.

In addition, the Kashmir problem needs a permanent solution. If the present Government succeeds in finding a promising and long lasting ‘Fix’ there; it will give a ‘Permanent Edge’ for India in the Asian Geo-Politics.

Now taking into account the position of Pakistan, it can be described with a single word : ‘Dilemma’. Pakistan is confused and struggling between the two arguments: ‘Strike happened’ and ‘It didn’t take place’.

Pakistani Leaders (Both Sharifs.) are in dilemma here. If they are denying the strikes actually, why Nawaz Sharif and others gave statements like ‘We will not tolerate’ or ‘We will use Nukes’? This dilemma has harmed the Pakistani Position.

They can’t either blame India or deny the strikes firmly… In addition, the International Community (except China) stood with India in majority. Pakistani Argument, paralyzed with the Dilemma, is too weak to convince the Global Powers.

As a result, US and Russia along with many other nations are not in favour of Pakistan… In addition to the headache, this weak position of Islamabad, the insurgencies or Civil Unrest in areas like Balochistan and Pak Occupied Kashmir, are taking grip.

This position is too delicate. The shadow of retiring Military Supremo, frustrated executive leadership is making the problem more serious for Pakistan. The upcoming few months are crucial and critical for Pakistani side for sure.

Now actually China is not a ‘Direct Party’ of the conflict which involves Surgical Strike and Uri Attack. But China has interests vested in the dynamics. China is working with Pakistan for China-Pakistan Economic Corridor.

This affects Indian interests too, as it will increase the Chinese Influence in Balochistan. China and India are the two potential superpowers, which don’t share a ‘sweet’ relationship in reality. China and India have their mutual international borders blocked by the mountains of Himalayan range.

So, the only way China has to dominate over India, is through supporting Pakistan. China is luring Pak with economic bait. And in return, the Dragon will gain access to Pakistani land; and will eventually use the same to increase its advantage against India…

Geo-Politics is like a game of chess where many players play from different sides of the Board at same time.! The Asian peace depends on these three countries and their policies regarding each other. The Surgical Strike performed by India has affected the Asian Power Balance for sure.

It has positive effects for India, coupled with potential rise in tensions along its borders. For Pakistan, it’s a ‘sad’ happening which has worsened more due to Islamabad’s Dilemma. For China, it’s a ‘Yellow Signal’ for Chinese pursuit of strategic advantage against India.

In short, Asia’s Geo-Politics has got a ‘Strategic Shock’ due to this Strike performed by Indian Army on 29th of September 2016. Its aftermaths will last for a longer time and Asia is going to experience some ‘changed equations of Power’ now on.

Nawaz & Raheel: Tug of War between both Sharifs