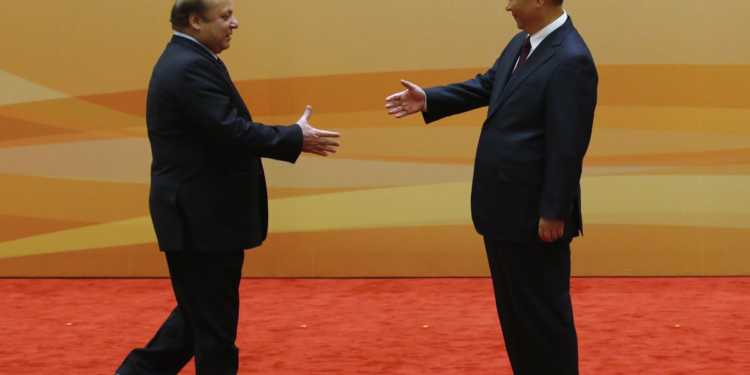 With the introduction of Glasnost and Perestroika, Mikhail Gorbachev triggered the downfall of the Soviet Union and erstwhile Communist empire. The results were devastating. There sprung many small dominions from the Soviet and ever since Russia has many Pakistan like nations on its border. Though Russia still remained one of the powerful nations on the earth, it is no longer an equivalent to the United States of America.

Only nation that learnt lessons from the downfall of Soviet appears to be China. China never introduced any ‘transparency’ in the way it functions and no ‘reforms’ were formally introduced. In fact, they claim the struggle is to achieve what Mao Zedong preached sixty or seventy years ago. Only they changed the path to achieve the so called vision of Mao.

With the fall of Soviet Union, there was much technical expertise available in the free market. China also tapped some of it. China merged the efficiency and ruthlessness of communist machinery that was controlled by the government and dealt with the international community like a capitalist nation. Soon, world markets are flooded with Chinese goods and Japan, with all its claims on quality was relegated to one more nation with a good economy. The state enforcement of educating people and reducing population helped the new China so much, soon China became the World’s manufacturing hub.

Never was business done without corruption. All traders ‘gift’ kings of new lands so that they can trade with his people and loot them. China had mastered the art of doing business and understood the concept of capitalism. Well, it is not being cost competitive, but providing more value for the cost. Depending on the price, China started supplying produce of various qualities, for quality comes at a cost. This was the primary reason China could grab higher share in the international market. All the west could do was cringe and complain about job losses, but the west could not prevent its own business houses from buying from China – for that is how capitalism works, irrespective of individual likings.

What also contributed to the rise of China was the fact that they invested in research and development. The fact that the first stealth detection by quantum imaging, though originally researched in Austria finally saw the practical application in China pushed China into the league of nations that have advanced in sciences. Yes, they are yet to master the art of pushing satellites into orbits with the ease and finesse of ISRO, but they covered the weakness in space applications, by possessing strength of making whatever they could in large numbers. After all, quantity matters.

Apart from the education and scientific development, recent Chinese also foresaw the need to have more land, the one that could be cultivated. As most of the land in China is not agriculture friendly, China had gone on a buying spree and bought millions of hectares of land in African countries. Yes, by introducing better agricultural practices, they provided jobs to local Africans. But, the point is they tried to secure food for their own population.

Of course, China’s attitude of giving no hoots to others’ opinion was the basic guiding principle behind all these achievements. But, considering the stakes, in retrospect, one would be forced to admire the vision and strategy behind such an expansion of market, science and agriculture.

It appears China needs to do more to sustain its growth. And so, the CPEC that would reduce the transportation time for the agriculture produce between African lands to main land China. Though sea transportation is cheaper, why China was hell bent on CPEC? Because the presence of opposition navy – read American, in the Indian Ocean. With most of Islamic nations against the Americans, the route to Arabian Sea through Pakistan is a safer one that could be controlled by China better. Well, it may not be needed in the immediate future, but after few decades, there would be a situation, when the CPEC would come into handy.

The ever decreasing stability in the middle-east, however is a cause of concern for China. It helps China to live in a stable neighbourhood. Though China has India as a stable neighbour, India again equal in population would be doing something when the time comes, for its survival. And so, becoming more friendly with India may become a burden in the future. Pakistan, on the other hand was struggling for survival. Whatever China provides to Pakistan is as good as Oxygen. There were World Bank studies that estimated Pakistan’s economy may not even sustain the moderate growth of 5.5%, unless CPEC projects are not on the track. This shows the leverage China had in Pakistan’s economy.

In other ways, Pakistan would be the first colony of China in the west, for in the east it already has claimed Taiwan to be part of China.

Hong Kong is officially part of China and North Korea is an extension. And except South Korea and Japan, there are no nations that can afford to go against the whims and fancies of China.

With this background, it seems China had moved its next plan, subtly. For regular readers, frustrated out of the isolation it faced and from the loss of face due to the cancellation of SAARC conference, Pakistan is proposing the idea of ‘Greater SAARC’ in which China, Turkey, Iran can also be members. The way China made Pakistan to propose what China wanted shows the mastery it acquired in international diplomacy.

As such China never bothered much in others’ affairs as much America and other European countries bothered. The hypocrisy of the west, born out of the feeling of supremacy of the white was the motivation and the need to intervene in the affairs of other sovereign states and resulted in increasing bloodshed. The collective guilt of the Anglo Saxons due to the massacre happened during WWII turned them so hypocrite, they could never see what they did and were doing, but pretended to look upon the world from the fictitious seat of higher morality. Coupled with Communism, the other doctrine originated in Germany, the collective bloodshed had in fact, played major role in keeping the world’s population checked, with the exceptions being only China and India, where population grew more than world’s average.

After nearly three decades of mayhem in the middle-east, when America and Europe were trying to exit the ‘War on Terror’ in a dignified way, China is preparing itself to fill the vacuum that would be created. If and when the ‘Greater SAARC’ may happen, it would mean China would have its presence from the western shores of Japan to the eastern boundaries of Europe. In other words, China would become another Soviet Union, though not so homogeneous. But the variety in the population provides the much needed diversity to keep all nations in check, for most these nations west to Pakistan would be coming out of the reign of terror by the end of thirties – or sooner.

As the oil would be depleted, only those few Arab nations that have taken care to sustain themselves in such scenario would survive, forcing others to become camel herders, again. Can the society of Arabs survive such discrimination within? No.

There would be disturbance, unless the free Arabs have something to work upon. China intends to align their interests with its own and may another big economy would be born.

It is well known that the Central Asia is rich in minerals. Only China with its population and technology could offer an alternate livelihood to those Arabs, who can work in the factories that would come up in these countries. Of course, Europe and America may vie for a pie in such economic explosion, but the Arabs would not listen to the west. Though they may be exploited by China as well, one cannot blame for that, for China’s record is not as bad as that of the west.

Another significant point is Europe would be under implosion, for a decade from now. This implosion, is more societal, from the confused leadership of the Europe about the onslaught of the migrants from the middle-east and uncertainty on dealing with the Islam. Europe would be subjected for the first time, what its earlier colonies were subjected to – centuries earlier. Of changing values in the society. It is not the question of correctness, but whether it is indigenous or imported. Unlike at the start of the last millennium, Europe cannot wage war on the migrants, for they are not armed invaders, but came there on invitation from the local governments. And, the two extremes of culture between the West and Arabs would make the society so fluid that it would experience a restlessness for long.

Meanwhile, China would rule the world, with or without the support from other nations, for they ignore everything else. Of course, in line with the nature, they also would come down, but for the time being, it appears communists of China are on an expansionist spree, against to the same doctrine they abhor so vehemently.

So, What India can and would do? Not much. But, no need to do much also. Already the BIMSTEC initiative started taking shape as a probable replacement of SAARC. It really would be interesting to see how and whether Pakistan considers SAARC relevant to its interests. India would continue to remain a good market for Chinese products. As China would be concentrating elsewhere, border skirmishes may reduce. After establishing itself a world giant, China may offer India to recognize existing control lines for international borders. Though this was expected to be done during Manmohan Singh’s second tenure, somehow it could not happen.

It is in the interests of China to have better relations with India on a long term because India was the only country that has strong relations with Afghanistan, Iran to Palestine and Israel. The way official media of China had responded on either Brahmaputra waters or their relationship with Bangladesh and Nepal indicates China is not interested in increasing friction with India. Along with other South Asian countries that are apprehensive of China’s moves may grow close to all other nations in the region. As none of these nations worth China’s attention, China would be concentrating on the western side. India, though would be a factor in middle-east, due to its historical presence in the vicinity.

Pakistan may be part of extended middle-east. How China would deal with the rise in Islamic fundamentalism, would however decide the extent of China’s success. Historically, however Pakistan had failed in tackling terrorists, either home grown ones, or those from Afghanistan or those who were active in Xinjiang, China. For India, the concern though would be on both sides of borders, for it shall deal with same problem in Bangladesh.