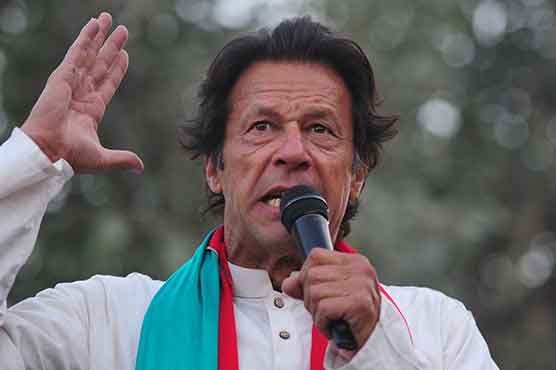 Any country with a said democratic set up especially harboring a bicameral yet evolved multiparty structure is bound to have ideologies lurking across the spectrum. Pakistan has adopted the same and with time its bi polar party dominance has given away to multiparty political landscape enshrined by religion.But democracy here has been tantalizingly hanging in between two swords within whom it has to exist on their mercy.

Institutional control and subversion by the military and the ISI coupled with the fanning serpents of terrorism together have made democracy in Islamabad as just a global showpiece.

Nevertheless the quest for every inch of control and lust for power never vanishes and it is not different here. Although the over bearing stamp of the army is continuous, politicians compete to get the power even if it is seemingly sort of titular. After a history of coups and takeovers, as Pakistan managed to slowly stitch a cloth of a full term civilian government since its independence, there were glaring loopholes in that process thereafter .The experiment it tried to undertake in subtly pushing democracy into its redeemed vitality in the midst of bombs and coups has a sub-sequence for clinging to power by old and new players.

One man lifted the world cup cricket in 1992 to paint himself as a legend in annals of the game. Imran Khan has been vying to replicate the same in corridors of power without much success and his war cry for ‘Occupy Islamabad’ (May have been borrowed from Occupy Wall street) is the new opportunistic venture he is banking upon.

As BRICS unanimously was setting the stage for an Islamabad isolationism, domestically PM Sharif is about to be meted out the same treatment. Pakistan Tehreek e Insaaf (PTI); the party Imran Khan founded to take on the establishment regulars has declared to protest by blocking streets to the govt offices in one of the coming weeks as a part of ‘Occupy Islamabad’ onslaught.

Major Govt institutions consisting the creme of the establishment such as Federal investigative agency, National Accountability bureau and Election commission of Pakistan are under the protesting line of fire. Although Imran Khan was scathing in his attack on Sharif on the issue of corruption, he did not mince words in taking pot shots at the previous coalitions in power as well as other parties like the left inclining PPP (Pakistan Peoples Party)for weakening govt institutions.

“If you want to see Pakistan in its real vein, come and join the PTI in its decisive sit-in in Islamabad,” Imran Khan had thundered at his party’s rally in September which his party is about to materialize.

This is not the first time Imran Khan is out on the streets to defy the ruling order of the day. When PML-N (Pakistan Muslim League Nawaz)stormed into a complete majority in lieu with 2013 general elections, allegations of polls being rigged were doing their rounds. Capitalizing on this furor, Imran Khan launched his tirade and in due process was joined by a prominently known cleric Tahirul Qadri and his organization Pakistan Awami Tehreek (PAT) to sum a massive dissenting combo. Discontent with the Sharif govt reached its peak in 2014 owing to nationwide power crippling that led to mass criticism. With Khan claiming an investigation and a full audit of 2013 elections, he announced a tsunami march protest at the onset of independence day, which became a premise to push for mid term polls. However, other opposition parties including PAT seemed reluctant or unprepared and Khan was blamed for attempting to derail smoothing democratic environment in the country.

Many political observers believe Khan’s feverish pitch and clamor for dislodging Sharif was a tussle between Punjab rooted politicians to occupy right of center political space that was pitted against the left leaning Bhuttos. Imran Khan has propositioned himself at the rim of trying to galvanize people on a certain view striding to power but unfortunately it seldom fires the way it is supposed to be. He even took an extreme decision of boycotting 2008 elections as a part of a larger political group owing to emergency but his party and popularity didn’t sparkle for luck.

After a devastating Uri attack, Sharif govt was already at the receiving end of its neighbor and international community. Petitions were signed to declare it as a terror state, treaties were threatened to be annulled, embarrassments were abound at regional summits (SAARC fiasco) and even its all weather friend Peoples Republic of China had to take a cautious position rather than an ever embracing defense. In the midst of external pressure and imploding terrorism in the country, Imran Khan raised several corruption issues pertaining to the Sharif Govt.

Already named in ‘Panama papers’, Nawaz Sharif and his sons were accused of shifting their family sugar mills to South Punjab as a part of corruption. Developmental projects were arrested like Orange line metro train project. They were also blamed for multiplying debts and the grave situation that was arising in north west frontier province, uprisings within Balochistan and softening up to the United States. One factory replicating into dozens and spending billions on their residential estate were added attractions of accusations.

How will Imran Khan’s supposed ‘Occupy Islamabad’ fare and impact?

As a matter of fact, the rally organized by his party in 2014 August to demand Sharifs resignation failed to attract vast crowds as Khan had imagined. Protesters broke down barricades and entered high security Red zone and camped outside the parliament but eventually his audience waned out as Sharif refused to step down. As mentioned before, Khans supporters are not able to ignite a resounding stir of a mass eruption of a nation wide Tahrir Squarish movement that can effect a turnaround.

Sharif govt accuses Khan of having a subtle backing of the military which somehow may adulterate its claims of providing alternative. Whilst Imran Khan has tried such tactics before, its two prong success of ‘generating public interest’ and effecting govt dissolution has to be realized. This may be doubtful owing to past track record and alienation by other segments of the opposition who may choose to boycott as they did last time. Even Qadri whose anti corruption plank had doubled the strength of the movement is not around this time.

Relations between the army and Sharif Govt are not at its best especially at the commander corps meeting on Oct 14, an ultimatum of five days timer was set to investigate the Dawn news episode. The PMO was supposed to investigate a news story in lieu with newspaper Dawn by Cyril Almeidas article that may have controversially perceived the army in a bad light. The article is said to be based on a leak from the Sharif govt and this has pricked relations between Raheel Sharif and the Sharif govt.

The dawn story emphasized glaring differences between the army and the govt in policies and attempts to fight terrorism. The army chief is set to retire in November and only concession for Sharif govt would be a revamping of their relations with the army.

Will the army in its not so eventful relations with govt side with Imran Khan? It seems unlikely as even if Sharif govt may have engineered Dawn leaks, it still has adhered to concessions that wedge military influence in key areas like external affairs or defense.

Khan is an unexplored territory and handling Sharif govt would be much easy if they have to think about a choice in between them for greater control. Panama papers and corruption can also be used as a leverage by the army to further Sharif as puppet. Instead of toppling, they may use ‘Occupy Islamabad’ as a cunningly tactical pressure to maintain say in key national security areas and set more effective control.
If Imran Khan succeeds or Nawaz Sharif is able to save his skin, both proposed scenarios are impossible without the realms of the army and its intervention. Imran Khans razzmatazz of an opera reminds you of multitude of dharnas by the Kejriwal coterie to fight the establishment and provide some so called alternative. Eventually in both it is a quest for power lurking inside a march for democracy. Only difference between the two is that in case of AAP they do not have to dance to the tunes of the all powerful military like here in Islamabad.