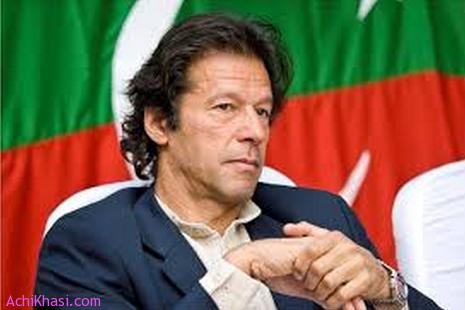 Imran Khan is a cricketing legend not only in Pakistan but the world over. He started his political party, PTI, in 1996, with justice being his party’s central theme. Six years afterward he won a single seat in the National Assembly in 2002. He boycotted 2008 Elections and in 2013, people did realize his sincerity as his popularity had soared by then. But eventually, he won just 35 out of 242 seats in Parliament and came second failing to overtake Nawaz Sharif’s party machine.

Imran Khan has repeatedly accused Mr. Sharif of stealing the May 2013 election by orchestrating an elaborate conspiracy.

In 2014 he spent 126 days on a container leading protests against the Sharif government. The government allowed Imran Khan to fume and get exhausted, eventually, his supporters were left disappointed and Nawaz Sharif strong and still in force. Imran Khan has rolled up his sleeves again and has shouted for ‘Islamabad showdown’ campaign, accusing Sharif of widespread corruption revealed through Panama papers. His party workers are told block roads leading to government offices again. But many believe this time also like others the efforts will pass away in vain.

The genuine problem for charismatic Khan is :How many times can you make a similar speech? How many times will you present the same protest? How many times should the people participate with a hope and return disillusioned?The trouble is that Imran Khan unlike in 1992 when he knew how to motivate his team to win matches doesn’t know how to win the match to become the prime minister. And it’s getting very tiring for him and his supporters as well. His supporters are suffering from a Protest fatigue.

In 1992 apart from Imran Khan ’s belief, he had Inzamam UL Haq’s audacity, Wasim Akram’s skill, Javed Miandad’s grittiness, and Aaqib and Mushtaq’s youthfulness for winning the world cup for Pakistan. Today he is the sole player in his team PTI. He has Deployed people with a history of party-switching into his party and who can leave him stranded any time they desire. The absence of popular faces and organic leaders in the parties have jeopardized the image of the party as sustainable alternatives for the time to come. Because of the participation of an army general in his 2014 protests, he is not liked in the southern provinces of Balochistan and Sindh, where people are distrustful of the Punjab-centric military.

PTI is losing supporters instead of earning one.

People don’t trust PTI anymore and recent Local body elections show that PML (N) besides massive corruption allegations not only have solid roots in metropolitans (which is the main strength of PTI) but also they are untouchable in rural Punjab. Another reason why he didn’t win could be that racism is still deeply entrenched in the Pakistani minds. No matter if they concurred with him, many non-Pashtuns would not like to have a Pashtun leader. The Karachi Muhajir community will support their party MQM, the Baloch will go for a Baloch leader and Punjabi Muslims will back Punjabi politicians in general. His party is unable to give up on its promises in Khyber Pakhtoonkhwa. Both religious parties and the militants remained suspicious of him as in the past, he married an English girl Jemima and had playboy lifestyle which they detest. Last year he had a failed ten-month long wedding.

His Mass rallies disrupted normal life. Public property is demolished. Open gun battles between the police and protesters break out and are shown on live TV. He looks too desperate for the top job as Prime Minister, but in reality, the public is hardly tired of his agitational politics.

But Kaptaan should realize right away that one Sharif is not ready to quit and the other Sharif is not ready to take over.In the current state of affairs, he needs to put in more silence, not agitation; more patience, not protest; more cool-headed hard work, not emotional eruptions to lead him to the much-coveted prize as Prime Minister of Pakistan.

Philippines: How an island nation turned into a nation of Assassins?