A Desi Trump fan tears into the Never Trump brigade 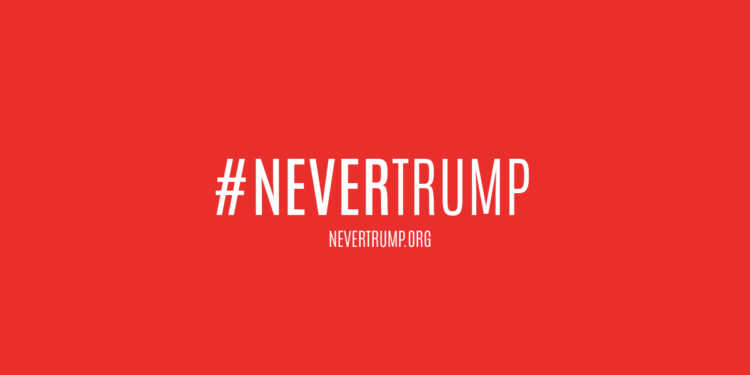 Eat it! And more importantly, get used to this sort of political incorrectness. You’ll come across a lot of it in the next four years. And those who actually take your whining seriously will diminish by the day.

I’m no psychologist dear Never Trump brigade, but I think I understand your condition. Many have gone around branding you as hypocrites for turning a blind eye to Clinton’s misdeeds and picking on every word that comes out of Trump’s mouth. Truth be told, you’re no hypocrites. It’s just that the mainstream got to you.

Your entire dear “Never Trump” mentality has been shaped by the mainstream media and other entities which are essentially controlled by an establishment with heavy political prejudices.

They set arbitrary standards of acceptability regarding different issues, literally based on how politically beneficial it is to them. You have simply fallen into their trap, and seek their legitimacy for every move you make.

They called him a bigot, and you dear Never Trump brigade concurred. What that word essentially means, is a person who is obstinately devoted to his prejudices and intolerant towards those who differ with him. Have you ever looked in the mirror? You called him unfit for the job because of your conception, provided by them of course, of what a statesman should be. He didn’t fit your narrow idea of how a leader behaves and speaks, and was therefore declared untouchable. Sounds like bigotry to me.

The silent majority that took Trump from one milestone to the next, was indeed a majority contrary to your assessment. Actually it wasn’t a silent majority as much as it was a SILENCED majority. Unlike your idols, it didn’t control the means to place its point of view before the world. But the ballot box is a great equaliser, isn’t it?

Those with the responsibility of carrying information to you impartially, so that you made an informed choice, colluded with your idols. You were told about Ku Klux Klan’s endorsement for Trump, and about old locker room banter for weeks on end. Very conveniently, how national security was jeopardized didn’t come to the fore till the very end. How the country was pimped to the highest bidder on several occasions, was kept away from your gaze. The creation of the term super-predator became a distant memory. And you, dear sheep, concurred.

His tax returns became so important to you dear Never Trump brigade, that you forgot about your leader’s health. Thank god that SUV pulled up in time, by the way. On every step, you had your blinkers on. Some of you thought it was high time for the first woman president. I personally think a woman president is long overdue, but I’m happy about the fact that the first one will now be self-made. Drawing an analogy from the Indian political scene, she was your Rabri because Lalu was not permitted anymore. To her credit, she wasn’t para-dropped from the kitchen overnight. No, she had prior experience. Remember Benghazi and ISIS?

To be honest with you dear Never Trump brigade, I like Trump because he’s proven to be a clever politician and because he says it as he sees usually. Whether this is the right approach or not is debatable. Whether his lack of experience and his outsider status are positives, is debatable. I don’t know how good a president he will make, and if it’ll be even close to how his supporters imagine it. But remember, it is your mindless submission to the mainstream, and your acceptance of whatever it throws at you however despicable it might be, that makes the majority rally behind a ‘crass billionaire’. People would have rallied behind whoever the Republican candidate would have been for that matter. Trump’s call to ‘drain the swamp’ enhanced this sentiment.

Now please refrain from going on a rant about how the election was a successful Russian hit-job. What was a successful Russian hit-job, was how they managed to procure five percent of America’s Uranium in exchange for certain donations. Please refrain from calling this moment the end of democracy because your side didn’t win. If anything could further expose you, it is that. Do move to Canada if you have to. And it’s fine if you don’t, we expected just as much from you.

You dear Never Trump brigade, might have fallen into the mainstream’s trap, but I’m positive that you’re not irredeemable,

Regards,
An Indian who’s happy with the outcome, as every right thinking Indian should be