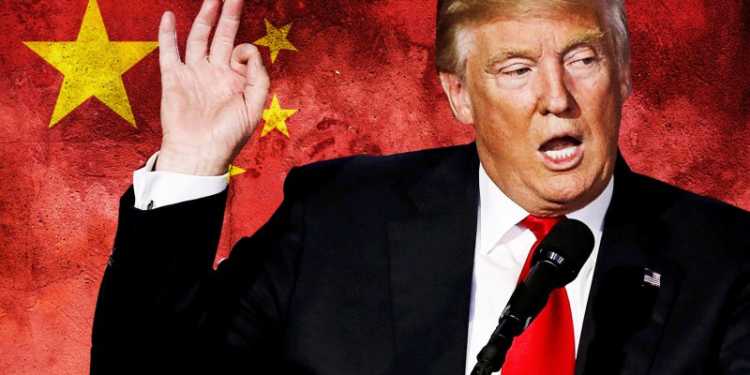 The Chinese government said it would return a U.S. naval drone seized in the South China Sea, a step towards defusing the tensions between US and China. Such behavior is not usually associated with the Chinese who for centuries have been aggregators and preaching peace isn’t their forte. It has come as a surprise for many after the Chinese said they would return the naval drone.

Moscow is subject to Trade sanctions and trial by media by Obama. Beijing on the other hand is a key economic partner, the trade between the two nations reached $627 billion in 2015, more than U.S.’s combined commerce with Japan, the U.K. and Germany.

Russia’s invading Ukraine, Russia’s support to Assad in Syria(despite the fact US was supporting the rebels) ,now the alleged 2016 US election ‘hacking’ convinced the administration that Russia was a threat to the international order (only after the fact that Trump has won the elections). The U.S have tried to portray Russia as someone evil and who doesn’t play by the rules.

Despite China’s aggression in South China Sea by building artificial islands and military bases, despite the atrocities by the Chinese in Tibet against the Tibetans, U.S never criticized Beijing.

Eight years of painstakingly building a win-lose relationship with China. All that Obama was concerned was to make Russia lose despite the fact that U.S was losing against China. Eight years of bad marriage is about to to be flipped on its head.

Donald Trump sees Russia not as a threat, but as a capable leader and a partner in fighting radical Islam (who crushed the Chechen rebels). China is a threat to the US economy, responsible for the loss of massive numbers of American jobs and a country that US presidents have been far too soft on for decades. Russia is the potential partner, and China the potential enemy worth confronting.

We should tell China that we don't want the drone they stole back.- let them keep it!

The 221-word bombshell by Donald Trump on Twitter has sent a shiver down China’s spine. This comes just days after his phone call with Taiwanese President. China is the bully, getting bullied is something new to them. Donald Trump has hit China right where it hurts them the most and he hasn’t sucker punched them. He confronted them and landed the first blow.

“Trump is not behaving as a president who will become master of the White House in a month” said the Chinese Global Times newspaper(controlled by the Government).

China’s higher officials haven’t responded yet. They chose to remain silent as of now, which again is quiet new to them.

Last two weeks have been quiet shocking for China. No one yet knows whether Donald Trump is playing mind games or he sees China as a threat that will only respond to the threat of force.

We are in for some turbulent times . The world is surely changing and as things stand currently it isn’t looking like a happy New-year for China.