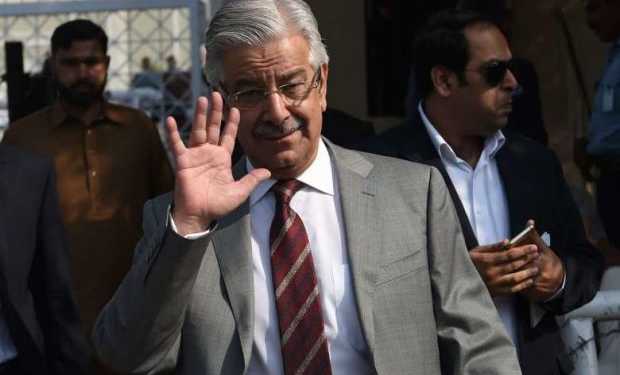 At the same time, the way the online world and social media are progressing in a mad race of obtaining traffic is alarming. In an effort of generating the traffic, online websites and social media has made laughing stock out of different political leaders across the world. In this series, the hurried quest to reply and not verify that facts are also a big trouble.

While India was criticizing Delhi CM for sharing false news without authenticating, this time the Defence Minister of neighbouring Pakistan has joined the league.

Before I make the scene clearer, let us see what Omar Bradley said in one of his speech at Armistice day. Bradley stated: “Ours is a world of nuclear giants and ethical infants.”

This statement made in 1948 aptly suits an irresponsible tweet by Khwaja Muhammad Asif. According to a report published in New York Times, this minister of Shareef’s cabinet has replied to the Israeli claim of destroying Pakistan in a nuclear attack following Islamabad’s role in Syria against ISIS. NYT further reported that this threat for Israel came after Asif believed a fake report titled ‘Israeli Defense Minister: If Pakistan sends ground troops to Syria on any pretext, we will destroy this country with a nuclear attack’ published on awdnews

The example of a sword of the nuclear weapon in the hand of an ape, like Pakistan, can be understood from the fact that Minister did not care to verify the facts. The fake report referred statements in name of former Defence Minister Moshe Yaalon while the chair is currently occupied by Avigdor Lieberman.

Displaying responsible diplomatic behaviour, Israeli Defense Ministry directly replied on Twitter and discarded the report tweeting “The statement attributed to fmr Def Min Yaalon re Pakistan was never said,” and in the second tweet, “Reports referred to by the Pakistani Def Min are entirely false.”

This entire episode and the fact that the concerned minister has not yet issued any apologies, speaks a volume. It speaks about the threat that an unapologetic state poses to the international community with nuclear weapons in its hands. And most importantly, the need of sensible people in the top chair. (Only if Pakistan has any!)