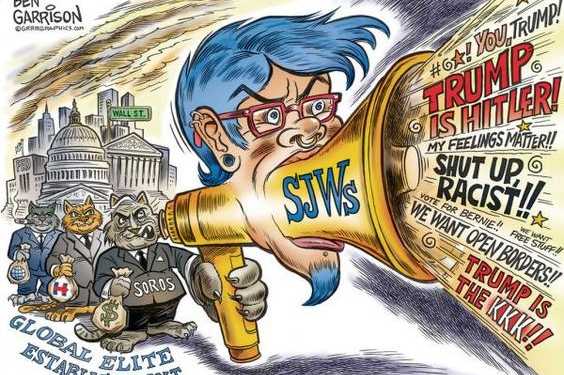 The last nationalist in the Western Hemisphere was (according to modern liberal western narrative) the last French SS legion soldier fighting outside the Reichstag for his Fuhrer.

Nationalism and ethno-centricism have always been things natural to man’s instincts. Being tied to one’s own soil and having a sense of being its first-citizen are quite natural to any civilization. Likewise, the colonial era ignited a sense of ethnic superiority based on territorial conquest and international status. Unlike the more eastern sense of ethnic pride which was based in tribe, culture and language, the western sense became based in eugenics – the idea of racial descent and furthering of certain racial genetic identities.

What we saw by the twilight of the colonial era was not surprising – imperial ethnic supremacy that led to WWI, and a sense of ethnic betrayal and insult which led to the calamitous inter-war period. In the inter-war period, it became quite the expected culture of Europe to see legions of nationalists stomping down the streets of the nations defeated in WWI, demanding the restoration of their nations’ former glory. This was a natural consequence considering the sudden and extremely unexpected collapse of 2 very legacy bearing empires – Austria and Germany. And that sudden fall was a huge contributing factor in a zeal to restore the former glories of the two fallen nations.

The only unfortunate consequence of this was that Adolf Hitler and his Axis allies did not want just a restoration of former glory, but an imperial expansion of that glory all over the world. In what followed, entire ethnicities of people faced annihilation in the name of one race fighting another. When the Soviet armies entered Berlin, the last man fighting on the side that claimed nationalism was by default a member of the Wehrmacht or the SS.

Given this unstable pendulum mentality of Europe – to swing from one extremity in ideology to another in just one generation’s time – it was only natural that a swing in the other direction would occur. While the western allies only won in principle, history would be written by that eternal nation-hater – the Communist. Just the way Nazi eugenics were put to use to author ethno-centric reasons for empire building, the Communist would author economic reasons to overthrow societies and use the resultant instability to expand his own interests. Nation-hating and self-hate therefore became a currency of the cold war, as in Europe, the grim memory of extreme nation-lovers was all too very haunting even as a memory. To love your nation too much, was now a crime.

While self-hate was encouraged across central and eastern Europe, what fuelled it further was globalism.

Globalism was not something unknown. It was the way the world was moving during the colonial era. However, what changed globalism was an all-new hitherto unknown ideal called multiculturalism. In the colonial era, the globalization the world witnessed was still onewherein ethnicities strictly stuck to their own identities while ruling over other ethnicities or being ruled over by other ethnicities. But multiculturalism would undo even this barrier.

Multiculturalism was born due to one major factor – the involvement of the USA in the two world wars. The USA was isolated from the world in a cultural sense until WWI. During WWI, the funding that the USA did to all the sides in WWI created the precedent of the Federal Reserve – a private cartel of banking firm which run the US economy. And with war loans to Britain and post-war aid to the rest of Europe, this cartel created an international economic web.

With time, the newly rising international economy created by the USA also created a sense of pooling economies of entire nations. But with increased flow of money came the increased flow of people and the increased flow of ideas. When the European Union charter was signed in 1993, it effectively meant that a continent whose political leadership reviled nationalism of almost any form was coming together to coalesce entire nations as distinct as chalk and cheese into one super-nation. What did this mean for the world – that this new economic bloc would invariably start imposing this model everywhere in the world. Multiculturalism has two faces to it – socially speaking, a Communist face of anti-nationalist nation-fusing. Economically speaking a free market capitalist view.

In effect, this created a global elite – the economically most affluent people from every economically powerful nation, who coalesced themselves into a global class of nation-less citizens. Through the late 80s till date, this elite has begun a trend of incentivizing the rapid movement of people across the world to the extent that they become socially and psychologically uprooted from their own native culture and part of a global citizenry – an idea that benefits the capitalist face of multiculturalism and the communist face of dissolution of national borders, but certainly brings in no cultural development to anyone in the process. This global citizenry has one trait that unites it – a complete lack of identity in any nation or culture. Its chief patrons are the free market economies and the internet culture of ‘getting to be all around the world while sitting in your living room.’

In the US elections of 2016, this was showcased in full colour wherein the age divide and the social divide was possibly the starkest in US history itself. Multiculturalism had created two classes – one made of immigrants and long-time American native business people who benefited of the immigrants; and the other made up of middle aged Americans belonging to the working class who seemed to have voted more in Trump’s favour. In other words – regions of the USA wherein the economies thrived on immigration and multiculturalism showed favour towards the Democrats. All others went to Trump. The electoral map was almost drawn on this economic basis wherein the northeast of the USA and states on the west coast that thrived on immigration were heavily polarized in favour of the Democrats.

Among those ‘native’ voters of Trump, not surprisingly, the assimilated latino could be found. This stark polarization shows us two things:

Clearly, the assimilated and rooted population of the USA won against the newcomers and Trump won.

However, the USA would not be a great example for the ‘end of globalism’ as it was in itself a nation founded on immigration of Europeans of various kinds. The real picture becomes clear in Europe and the ongoing Muslim immigration. Nations such as Hungary and Poland have already shut themselves off to immigration, while France’s scenario is one of peculiarity – riding on the Trump wave, the only major competition seems to be between Sarkozy and Marine Le Pen – both right wing anti-globalists. In other words France’s right wing seems to be the only political class left standing.

In the midst of all this, Germany and Austria’s right and far right wings have seen a huge surge in popularity. The utter failure of the Euro as an economy in light of the economic shocks since 2009, and the failure of the German banking elite (which has been the most zealous proponent of multiculturalism in the world) to sustain this economic model, nations are slowly looking inward again.

The fight against globalist leftism is far from over. We witnessed recently in Austria, how the far right leader Norbert Hofer lost the election at the recount stage – an evidence of the systemic foul lay that globalist leftism encourages. The post-cold war era has shown us a stark reality – that multicultural globalism is a dangerous ideal because it espouses capitalist economic thinking with communist social thinking. Capitalist multi-national corporations and political elites have forged an economic system that relies largely on the rapid dissolution of national borders and the forced cultural integration of people whose cultures are as different as chalk and cheese.

Multiculturalism is a deadly communist ideal that ignores the entire histories and evolution of civilizations and reduces peoples’ complex identities into a petty Marxist class and gender brawls. The resulting social trauma and social imbalance has come out in full colour after the Syrian war began, and nationalists today are quite fed up with this culture of ‘easy money in exchange for giving up native identity.’

With Trump’s victory and a looming end to political correctness looking inevitable across continental Europe, borders will close once again and nations will resurface. As to what will be done to the multicultural un-assimilated populations in these nations which are swinging fast towards nationalism – that will remain anybody’s guess.

What to make out of the Pakistan Russia bonhomie?