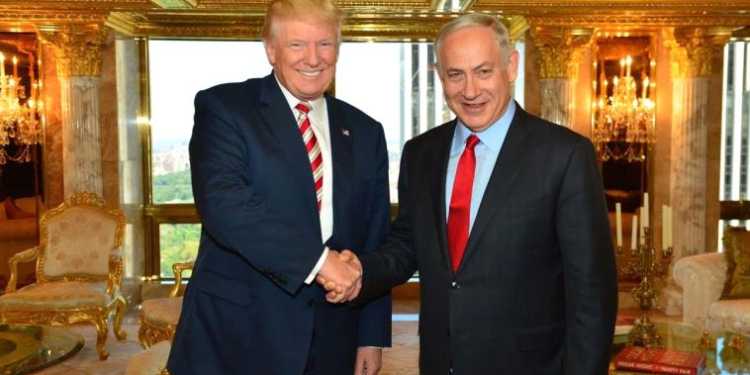 After taking office Donald Trump spoke with most of the world leaders but none of it made more more news noise than his call with Israel ’s prime minister Benjamin Netanyahu inviting him to the White House in February. This phone call marked Donald Trump’s foray into Middle East, which also will give us a basic understanding of his foreign policy.

Israel’s prime minister Benjamin Netanyahu accepted the invitation to visit the White House hoping to forge stronger ties for the region with President Donald Trump that includes expanded settlement construction on occupied territories, a tougher policy toward Iran and the most controversial of them all- the decision to shift the US embassy in Israel to the holy city of Jerusalem.

Netanyahu’s relations with former US president Barrack Obama was an inhospitable and dicey. Just before Obama left office last month, his administration allowed the U.N. Security Council to pass a resolution condemning settlements as illegal.

With Trump on their side, Israel approved building permits on Sunday for thousands of homes in the East Jerusalem settlements .

This move threatens to damage the peace talks which were spearheaded by Obama, EU and the United Nations.

After the phone call Netanyahu also postponed the vote to annex one of the largest settlements. He announced to the media, he would take a call on the vote after he meets President Trump in February. Annexing Maaleh Adumim, a settlement of nearly 40,000 people east of Jerusalem, could cause a major clash with the Palestinians, EU, UN and the Middle East .The Palestinians seek all of the West Bank and east Jerusalem for a future state. The Palestinians and the international community consider all settlements illegal, and by annexing Maaleh Adumim as a part of Israel would deal a powerful blow to hopes for a two-state solution. But with Trump signalling a more tolerant approach toward the settlement annexation, Netanyahu and Israel know that it’s now or never.

The other topic of discussion was the Iran nuclear deal. It is no secret that Trump was Iran deal’s biggest critic, on his campaign trail he continuously mentioned about scraping the deal or renegotiating the terms and conditions. The main aim of the deal is to prevent the Iran from making a nuclear weapon by placing limits on Iran’s nuclear activities for 15 years in exchange for providing Iran relief from most international sanctions . The Iranians have already received the majority of their benefits from the deal and Iran might get its hands on a nuclear warhead through China, North Korea or even Pakistan. If such an event would happen the biggest threat is to Israel. Donald Trump in contrast, does not see gain from the deal.

The final topic is the shifting of U.S embassy to Jerusalem. The U.S passed a law in 1995 describing Jerusalem as capital of Israel and saying it should not be divided, but successive presidents have used their foreign policy powers to maintain the U.S Embassy in Tel Aviv citing peace talks to prosper between Israel and Palestine. Trump promised to shift the US embassy to Jerusalem from the time of his campaign. On Sunday , White house has said that shifting of the embassy is only at a nascent stage.

So what exactly is honest Journalism?