Part -1: What media is not telling you about the Muslim ban in USA? 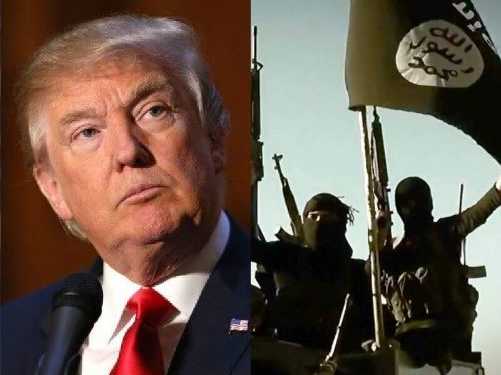 Coming from a state decimated by war, I find solace and a new home in a city of the West. As kind neighbors and sympathizers of my cause, you invite me over to dinner one evening. Before we can sit down to share our meal, you ask about the war that ravaged my life back home. An hour passes and you keep listening, disturbed and in visible angst, clearly shocked by the place where humanity finds itself today. Then, I decide to return the favor for the compassion you bestowed me with.

I first suggest you hit your wife with an iron whip, for her ankles are visible as she walks across the kitchen to prepare a meal for us. I can’t stand the sight of your daughter carrying a book for she is to be married already as she looks 12, or maybe sold off to pay a debt. I want to strangle you for you have suggested me to work, when there is no reason for me to. Your country gave me a home, and now it is upon your state to give me the money that sustains my stay. I am a single face, and not my entire community or fraternity, but as one, I can cause enough fear and destruction with the hatred I contain inside me. There were men, women, and children with me who longed for a home, for food, and for work, but the hatred and radicalism I derived from misinterpreting my religion has no empathy for the ones in pain. Religion is of greater importance to me than my new home, your compassion and this nation’s values. On a given day, I might just end up killing you, and your loved ones.

Not every immigrant harbors this ideology, even if they come from the disturbed or destroyed areas of Iraq or Syria However, the actions of one can inflict fear in a country of millions. As evident from history, it takes less than a dozen crazy boys with arms to paralyze an entire metropolitan, and it takes one man’s vision to eliminate 50mn people from the face of the Earth in a span of 6 years.

When POTUS Trump first discussed ISIS and its elimination during his election campaign, little did he know that eradicating this religiously motivated menace would require more than just American firepower and airstrikes. To eliminate ISIS, one would require a long-term strategy fueled by global collaborations and also keeping aside the coldness that was exchanged for almost five decades after the Second World War. POTUS Trump is not the leader of someone like Kasab, nor he aims to be the next Hitler, and yet, he has been projected as one of those. Why?

No leader in recent history has been so vocal about Islamic Terrorism and ISIS in the first few minutes of holding the highest office of their country.

Last week, POTUS Trump went another step ahead and called for a ban on Muslim Immigrants from 7 countries in the Middle East.

As expected, the media in the West burned him virtually for taking an Anti-Muslim stance, forgetting that the 7 banned countries merely hosted 1/10th of the entire Muslim population on Earth.

Here are a few highlights from the executive order signed by POTUS Trump on 27th January, 2017, which banned immigrants from Iraq, Iran, Libya, Somalia, Sudan, Syria, and Yemen; and this ban, unlike what the celebs and liberals portray is not an indefinite ban, but one that is going to last for 90 days, as of now. Here are some more points to be pondered upon:

According to the Department of Homeland Security, legal permanent residents posing no serious threat to the social structure of the US would be allowed inside the US on a case by case basis. Thus, those memes you have been seeing online about Harvard doctors and researchers from Iran unable to get through, those will be proven wrong in a few days, as in an ideal case scenario, a Harvard researcher shouldn’t pose a threat to the values of US.
Alongside, dual passport holders from the above 7 countries are also restricted from entering the US. However, if one is from UK or Canada, they have nothing to fret about, as the updated website of the DHS later posted.

Christians are being prioritized along with other minority religions from these countries for immigration. This doesn’t come across as a surprise as, since his campaign days, POTUS Trump has emphasised on how strongly he feels for Christians and other religious minorities in war-ravaged areas of the Middle East.

Not more than 50,000 refugees to be accepted from any state for the year of 2017, the number going down 55% from the earlier number. POTUS Trump is giving his supporters enough reasons to rejoice, and literally performing the ‘America First’ gig which is turning out to be horrendous for some.

This entire move did not go down well with Muslims and liberals across the globe. Even though these 7 countries do not allow entry to citizens of Israel and were being temporarily served their own medicine, POTUS Trump’s move was termed as un-American by a President who holds the record for the highest number of killings by drone and to his name has a failed Middle-East Campaign (but has a classy wife, so yay!), by celebrities who haven’t bothered to catch up on the happenings of the Middle East during the Obama era, and by uninformed media personalities who for the sake of sensationalization assumed that these 7 countries housed 1.4bn Muslims.

The backlash was severe, to put it in a modest way. People across different liberal spectrums hailed this decision as the root cause for the potential rising employees of ISIS. A mosque was burned down in USA hours after the order was passed and the White House was blamed for that too.

Canadian Prime Minister Justin Trudeau being Justin Trudeau tweeted on how he his overly willing and eager to welcome those who are being turned back by the US. While the shooting that followed in Quebec killing 6 people had nothing to do with the immigrants or the ban imposed by the White House, liberals were quick to blame POTUS Trump, attributing the shooting as a backlash to his decision. Turns out, liberals were stating that if a country’s leader disagrees with Muslims temporarily, they have the right to kill 6 people in frustration or join ISIS. However there has been reports of Muslim involvement in Canadian Mosque shooting case. Coming back to Trudeau who wishes to embrace refugees with a settlement program that dwells around money and money alone and has nothing about social inclusion. As of now, Trudeau’s PR agency is counting on projecting him as youthful and good looking. I suggest they ask Rahul Gandhi’s 500 Crore PR agency about how that turned out for them back in 2013-14.

The women residing within the US are remarkable, at least 300,000 of them, for they carried out a march for the rights they already have. They were scared about their rights because of Trump being in power, but they were ignorant when their former President was clueless about the Syrian Civil War, and men from ISIS carrying out rapes and brutal mutilations in the name of rebellion and religion. For the sake of space, I won’t even go into reports that talk about US funding the ISIS. The MSM, like always talks about what makes a good photo-op, like that pointless ‘3mn’ gathering in D.C. and not ISIS, the latter making humanity cringe through their atrocities.

Chances are that you might not know much about ISIS’ rise and presence, and you are not to blame yourself for that, for the MSM has been careful not to cover it too much. Much like the West, Indian media hasn’t even bothered to discuss ISIS in their Prime Time slots the way it should have. Even though the reports of ISIS recruitment has made it to the less significant pages of the liberal newspapers, there hasn’t been much awareness about it. For every instance of ISIS being in news, Anurag Kashyap and his fraternity ensured that phrases like ‘Hindutva’ and ‘Hindu Terrorism’ distracted you from the real news.

US has been supporting ISIS along with other rebels in Syria. The story of US and Russia fighting a proxy war in Syria is now as old as it can get.

Today, when POTUS Trump is looking to fight ISIS to create a better Middle East, there is a backlash from the liberal quarters of the population.

ISIS, more or less, controls area of a size equivalent to the United Kingdom. The rise of ISIS can be traced back to the times when the Soviet Union invaded Afghanistan and men from the Middle East flocked to Afghanistan to fight for their cause, backed by the US. Amongst these fighters were Osama Bin Laden, who later went on to become the founder of Al-Qaeda, and Abu Musab Al-Zarqawi, a street thug from the lands of Jordan, who later went on to establish what we today call ISIS. While Laden transformed Al-Qaeda into a global network, Zarqawi did not have the same luck. However, they both returned to Afghanistan in the late 90s, then ruled by the Taliban.

Saudi Arabia gets undue favors from USA, and there is more to it than just oil