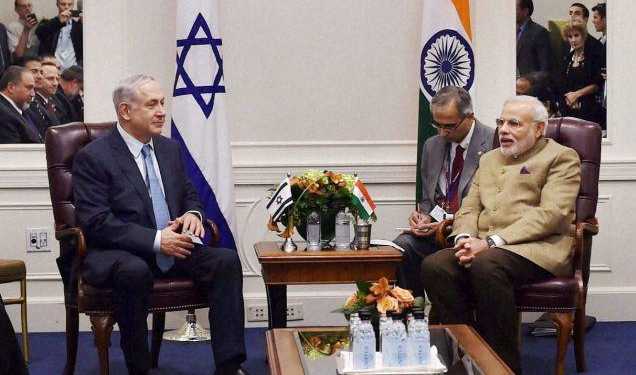 Following India’s Footsteps, Israel has ordered a crackdown on International NGOs functioning in the Gaza Strip. Some Charity Directors called it an undemocratic step. In India, A mega crackdown on foreign funded NGOs started off in July 2016 when Prime Minister Modi assembled the Eleventh Meeting of the Inter State Council. As decided in the meeting, database of all the NGOs in the nation was created, to keep a record of their activities, their funding as well as the members.

The Database wasn’t the only thing. Amendment was likewise made in the Foreign Contribution Regulation Act (FCRA), 2015; which now requires the NGOs to make their transactions public. Moreover, the quarterly and the yearly return reports of the NGO are now to be made available online on the NGO’s site as well as on the FCRA site maintained by the Home Ministry. And furthermore, as indicated by the new rules set up by Department of Personnel and Training, Office Bearers of NGOs accepting more than Rs 1 crore as government grants and donations above Rs 10 lakh from abroad are to be considered as Public Servants. Furthermore, such NGOs would come under Lokpal, and any incident of Financial irregularity against them would be charged under Anti-Corruption Law.

In Israel, it began with their Parliament passing the ‘NGO Transparency Law’ on July 11, 2016; rumour mills were abuzz with this decision since last couple of months back. The left wingers as expected reproved the bill, stating that the Government is seeking retribution from them as they are against their Palestine strategies. The number of left-aligned NGOs receiving foreign donations far outnumbers the ones that have a rightist bend.

The Officials who voted in the support of the NGO Transparency Law expressed that the new law will bring transparency into the system and will reinforce the democratic system of Israel. PM of Israel Benjamin Netanyahu additionally expressed in his Facebook Post, “The reason for the law is to keep the Foreign Countries away, who are trying to intrude in Israel’s internal matters by Funding NGOs. And the people of Israel aren’t even aware about it.”

As per Israel’s NGO Law, NGOs now need to reveal the details of Funds got from Foreign Countries on different open platforms, such as on their Website, Newspaper ads, Campaigns and at Government gatherings.

It was noticed that such NGOs were getting funds from the European nations which include Denmark, Germany, Sweden, Switzerland and the Netherlands and bodies, primarily, the United Nations. Also, these nations aren’t big fans of Israel’s approach towards Palestine. Hence by offering funds the NGOs they were attempting to influence the internal affairs of Israel.

As soon as the law was brought into implementation, the Government of Israel sprang to action. NGOs began to complaint about unexpected pressure from the Israeli Authorities. Different UN Agencies and NGO s expressed that the Israel Government were making their lives difficult. Critics are of the opinion that the enactment is in the light of the 24 left wing NGOs that are champions of Palestinian rights and the Right and Unaffiliated ones won’t feel the heat.

All of this reminds us of How Modi cracked down on the NGOs as soon as he was sworn in as the PM. A lot of NGOs in India were involved in paying off people for staging protests against corporations and projects. The Koodankulam nuclear plant agitation or the agitation in Odisha against POSCO can be taken as a good case study. Other NGOs are involved in killing the brand image that India is. One example would be their desperate attempt to make India look like the “Rape Capital”. Another would be the “Minority is not safe” in Modi’s India attempt. Propagation of western style feminism can be taken as the third example. Some NGOs are conventional conversion Christian schools. A percentage of the funds received is doled out as freebies for achieving mass-scale conversions. Most of the protesters protesting against government projects turn out to be hapless tribals. Upon closer examination they turn out to be tribals converted into Christians. Coincidences you see! The agenda of most of the big NGOs in India is set by foreign countries that want to ensure that India is not self-reliant. The smaller NGOs however do meaner jobs and provide an efficient way for converting black money into white. Some even allow individuals to cheat on their income taxes.

Looks like Benjamin Netanyahu took a leaf out of Modi’s book and did exactly what Modi did 3 years back. The civil society of any country is the most uncivil society of that country. Look at what they are doing in America in the name of Anti-Trump Protests.