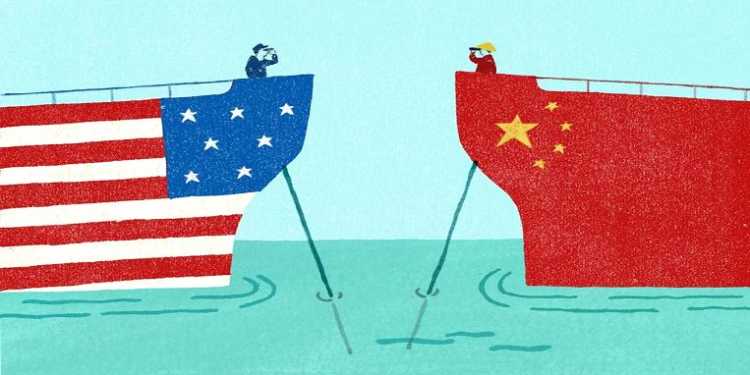 The otherwise unknown African country of Djibouti is caught in a U.S. – China military faceoff amidst the heightened tensions between the two countries in South China Sea.

Djibouti is small nation located in the ‘Horn of Africa’, the eastern peninsular projection of African landmass in the Indian Ocean occupying an area of 14,300 square miles with a population of about 8,50,000. It is in news over China’s build up of it’s first ever overseas military base, outside of South China Sea, along with a naval port at Doraleh. Interestingly, it is not very far from the United States military base at Camp Lemonnier.

Strategic location of the country

Djibouti is located at a very crucial strategic location at the strait of Bab-al-Mandab with Red Sea on one side and Indian Ocean on the other. This narrow passage witnesses close to 30 percent of world’s shipping trading. The Suez-Aden canal, which is not very far from the coast of Djibouti sees nearly 10 percent of the world’s oil exports and about 20 percent of commercial exports annually. Control of this area could help a country in controlling the trade route and provide a commercial port for interested parties.

The war torn country of Yemen is approximately 20 miles across the strait of Bab-al-Mandab where the U.S. backed Saudi Arabia is engaged in a multidimensional proxy war with the Iran-backed Houthi rebels. The base provides an important springboard for launching attacks against the Houthi. Djibouti could act as new war front against the Houthi who have a stronghold in the western Yemen. In fact, when the Saudi intelligence agencies were tracking the flow of weapons from Iran to Houthi militia in Yemen, they came to know that Djibouti was used as a conduit for managing the arms transport. Then a ship en route to Yemen with encrypted military transmission and communication machinery and other hardware had started from southern port of Bandar Abbas in southern Iran. Saudi officials realised that they need to increase there presence in the region.

Somalia, located to the south-east of Djibouti, is engaged in an ongoing civil war and has been the den of sea pirates and al-Shabab militants terrorising the merchant ships traversing the global economic choke point.

Considering the aforesaid geostrategic location of the country it is a hotbed for deployment of soft power to influence the political landscape, and hence the policies of the government, for all major players of the world – U.S., China et al.

How did the base build up start?

After the September 11, 2001 terror attacks, U.S. underwent a shift in their military deployment to neutralise potential terror attacks targeted at them. They setup an ‘Expeditionary’ military base at Camp Lemonnier in the town of Ambouli. Formerly Camp Lemonnier was a facility used by French Foreign Legion, the military service branch of French Army. Now part of the Pentagon’s African Command (AFRICOM), named after General Emile-René Lemonnier, the base is the only permanent American military base in the African continent housing nearly 4,000 American military and civilian personnel mostly staff of the Combined Joint Task Force – Horn of Africa (CJTF-HOA). The United States has many small military outposts and airfields in Africa but officially considers Camp Lemonnier as its only permanent military base in African continent. Initially it was used to carry out specific counter terror operations in the Middle East region. However in November 2002, the U.S. concluded an agreement to use it as a permanent military base for carrying out American anti-terror operations. Then on 5th May 2014, the U.S. further signed a new 20 year lease for the base with the Djibouti government after a 40 minute meeting between the then U.S. president Barak Obama and the visiting Djibouti counterpart Isma’il Omar Guelleh.

Washington more than doubled the compensation that it pays to the African country from nearly $30 million to $63 million every year besides pledging about $1.4 billion towards its modernization in the coming time.

The base acts as a launchpad for American anti-piracy operations and helps them to keep the pirates vying for merchant ships in the Gulf of Aden and further in the Indian Ocean. Some of the operations are highly classified missions. The base is sometimes critiqued for being one of CIA’s ‘black sites’, a kind of secret prison, where terror suspects are detained without charges and are allegedly tortured for inputs to extract counter terrorism intelligence. However, the actual details will come out if and when Washington decides to declassify it.

United States uses the base for providing technical and intelligence support to Saudi Arabia in it’s war against Iran backed Houthi rebel. Besides they use it for counter terrorism operations by launching drone strikes in Yemen. The base is home to stations for launching drone strikes targeting distant targets such as Al-Shabab in Somalia, Boko Haram in Nigeria, and Yemeni-based Al-Qaeda in the Arabian Peninsula.

China too wants a piece of cake During the Arab Spring that sparked from Tunisia in late 2010 and spread across many countries in the Arab world, China had to evacuate 35,680 citizens working in the Libyan oil industry and nearly 700 more from Yemen. China only had one frigate in the region to execute the rescue operations and so the people had to be flown all the way home on chartered airplanes.

Historically China has been non-interventionist and introvert in it global physical outreach. They had maintained a neutral position with both Iran and Saudi Arabia but now they have tilted towards Riyadh as far as Yemen is concerned. Now, they are signalling an increased mercantile tendency with a global footprint and in that endeavour it is willing to shed its image of a bipartisan country.

China has sufficient oil trading interest in South Sudan and it has deployed nearly 700 security personnel to protect the $200 billion trade with the African continent. China is also floating a ‘blue-water navy’ which will be treading global waters away from the Chinese landmass. Since 2008, the People’s Liberation Army Navy (PLAN) has continuously deployed naval patrol parties to the Gulf of Aden off Djibouti and Somalia for anti-piracy mission. This is the first time the red dragon has sent naval ships outside its territorial waters since the early 14th century.

China has poured in about $14 billion for infrastructure projects in Djibouti since 2015 which has gained them substantial support from the local public. The infrastructure projects include naval ports, airports, a new railway track and a pipeline to channel drinking water from neighbouring Ethiopia. With decreasing U.S. monetary aid, China has also been investing in the government of President Isma’il Omar Guelleh which many critics say could greatly influence the policy decisions resembling a form of economic colonisation. Chinese are paying $20 million every year in rent, over and above the infrastructure investments.

The base could act as a node for the China’s ‘String of Pearls’ and ‘One Belt, One Road’ initiatives. ‘String of Pearls’ is the chain on naval ports, mainly in the Indian ocean, to help China in expansion of its economy by providing nerves of sea lanes for commerce, trade and communication. The ‘One Belt, One Road’ aims to explore new markets for China’s finished products which mimics the ancient Chinese Silk Road. The Djibouti base would greatly help China in furthering this project as majority of China’s $1 billion daily exports to Europe passes through the Gulf of Aden and Suez Canal. People’s Liberation Army Navy is undergoing a rapid modernization drive and the Beijing’s defence budget is expected to touch $233 billion by 2020 which is double the amount from 2010 level.

However Chinese officials in Defence Ministry have watered it down as merely a “logistics and fast evacuation base” and for “maritime escort in the Gulf of Aden and waters off the Somali coast, peacekeeping, and humanitarian assistance” and that China is not changing its “defensive” military policy and that the base is not an “arms race or military expansion” but experts believe that it is going to play a much larger role than that. Taiwan which is involved in a brawl with China in the South China Sea says that the establishing the base is a major shift in Chinese foreign policy to rival United States.