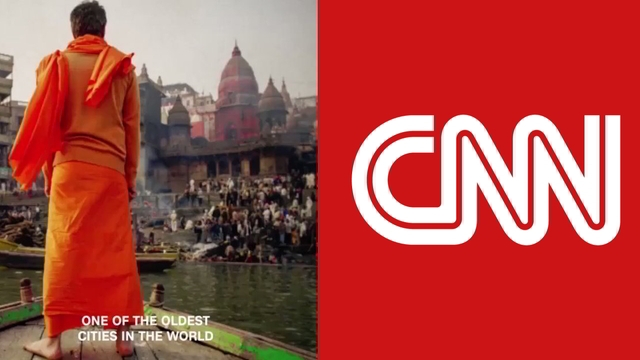 CNN began airing a six-part series on Sunday titled ‘Believer’. The show is hosted by controversial author Reza Aslan, and it deals with Hinduism. Both the network and the host have reputations that precede them. In the light of these reputations, the line they have taken in dealing with the subject at hand is not surprising. No stone was left unturned to portray Hinduism negatively.

Utter ignorance and vested interests are certainly at play, but what makes the series quite unbearable is its focus on the usual clichés often used to denigrate Hinduism: sects of naked, cadaver-eating godmen and the caste system, a proverbial punching-bag for those who flaunt their ‘progressive’ tag. Since this series comes across as a mere extension of the concerted effort to undermine Hinduism, whether one should waste their time to correct the ridiculous propositions put forth by it is debatable. However, one must expose the origin of this concerted effort, the credentials of its flagbearers, and the unholy nexus sustaining it.

To begin with, let us examine the messenger. One of the foremost news networks of the world for decades, CNN today is synonymous with the term ‘fake news’.

CNN falsely reported that Trump would continue his reality television show during his presidency. CNN also published a 35-page dossier full of uncorroborated rumours about Trump, including alleged sexual dalliances in Russia. During the American presidential elections, CNN’s political analyst Donna Brazile leaked debate questions to Hillary Clinton’s campaign in advance. Upon being exposed she said, “If I had to do it all over again, I would know a hell of a lot more about cybersecurity.” She went on to become the chairperson of the Democratic National Convention. Under the garb of journalism, the network has indulged in politicking, and has spent the last few months peddling propaganda. Or at least, somebody has called them out in the last few months. That CNN was a perfect vehicle for the series in question, both from an ideological as well as from an ethical standpoint, does not come as a surprise.

The host Reza Aslan has been at the forefront of the oft-peddled narrative about terrorism not having a religion. Each time terror strikes, he religiously comes forward to deny the correlation between Islam and radicalism. The man comes to India with the intention of broadcasting the supposed eccentricities of a fringe sect, and conveniently forgets about other social ills that plague the country, such as triple talaq and polygamy. He jumps on to the caste-system bandwagon, conveniently forgetting that the ideals he has spent a lifetime defending are the greatest cause of discrimination and backwardness in India.

He describes Varanasi as the ‘city of death’.

To think such garbage that defies both theology and history will be broadcasted globally is nauseating.

It's known as the city of the dead. @rezaaslan takes you inside on the new CNN series #Believer. Starts Sunday at 10p ET. @CNNOriginals pic.twitter.com/x8RMufn8lq

If one takes apart his propositions, the only one that deserves a counter is his rant about the caste system. As a civilisation we might have deviated and consequently erred in certain areas, but we have largely recovered on most fronts. Correcting the error we made in interpreting and applying the caste system is work in progress. The initial concept corresponded to a division of people into four broad categories depending on psychological traits and temperaments. Categorization simply made one’s progress at every level an efficient affair, but we are well-aware of how and to what it degraded.

We do not require sermons from the West, the civilisation directly responsible for plundering and sucking the living daylight out of us, as it went about satisfying its needs through colonisation.

And we certainly do not require sermons from Reza Aslan and his ilk.

Not only did the marauders of the Muslim world invade and plunder our resources, destroy our temples, rape our women and convert our masses, their regression which is for everyone to see until this day grants them zero moral authority to preach. The underlying point being that India has always been able to introspect and look after itself, and all our self-inflicted damage has been only a tiny fraction of the rubbish we have borne from external sources.

This direct attack on Hinduism is partly because a shift of focus is much-needed, and because Trump ‘loves Hindu’.

But that is the tip of the ice-berg. The hypocritical alliance between Islam and the mainstream left in many parts of the world is gradually emerging to the forefront. This is the result of both sides finding a common enemy in the right wing, coupled with the leftist tendency of using the minority or the underdog to further its agenda. The consequences are manifold – a degree of support among the political classes for immigration from areas which offer zero scope of vetting, presidential candidates being funded by those who fund the Islamic State, the absurdity of the hijab striking a chord among feminists as a symbol of self emancipation – to name a few. Interestingly, the animosity towards Hinduism is one of the few things this unholy alliance can agree upon without being the least bit hypocritical. This is the reason Reza Aslan’s show on CNN fits perfectly into the scheme of things.

Many have called for the series to be banned in India. An online petition seeking the same has garnered thousands of signatures. Whether our government takes after Trump, and we see CNN take after NDTV consequently with a black screen, remains to be seen.

Online petition seeking the ban on series in India