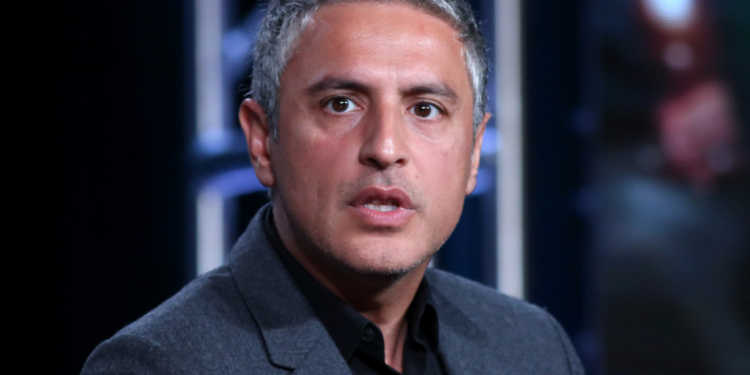 Reza Aslan got his well-deserved though much delayed kick on the rear for his abusive tweet-rant against US President Donald Trump. Not only did he get the boot from CNN, they also pulled the plug on his bigoted and racist program “Believer”

He subsequently issued an apology that was not an apology by any stretch of imagination – a convoluted mish-mash of verbal jugglery in which he apologized for “his choice of words” mind you and not for his use of abusive language or for his vulgar attack on a democratically elected President.

“When in the first few minutes of the terror attack in London, the President of the United States tweeted about his travel ban, I lost my cool and responded to him in a derogatory fashion. That’s not like me. I should have used better language to express my shock and frustration at the president’s lack of decorum and sympathy for the victims of London. I apologize for my choice of words.” (Source: DailyWire) Not a single word of what he said is either true or can be considered to be anywhere near an apology. He says “That’s not like me” Fact is, that is exactly like who he is.

Reza Aslan has a history of saying/tweeting the most vulgar, tasteless, and downright abusive things and what he said against President Trump was neither the first time nor a momentary slip of the tongue. He has said worse things.

A sampling of some of the abuse Reza Aslan has directed against those he hates or disagrees with not only calls his bluff but also reveals the man to be a racist bigot. Just a month ago, on May 9, 2017 he had this to say about President Trump (see screenshot below) Aslan clearly has serious issues keeping his emotions and anger under control. Sample a few more tweets below wishing rape on Congressman Todd Akin and using the four-letter abuse against another Twitterer. Reza Aslan is also the same person who showcased Hindus as human-flesh-eating cannibals in his now suspended program “Believer” on CNN. He brushed aside the outrage and complaints of the Hindu community by deflecting the issue and stating “caste discrimination was a ‘touchy subject for many Hindus in America”.

The deliberate focus on such an extreme sect, the quite obvious “set-up” where the Aghori Sadhu makes outrageous threats of beheading Aslan and throwing excrement at him, all clearly point to Aslan’s bigotry and racism – an attempt to portray the Hindus in a poor light. His references to the holy city of Varanasi as the “City of the dead” and the “immersion” of the ashes in the Ganga as “Dumping” show his inherent hatred for the world’s third largest religious denomination.

Reza Aslan on the other hand has consistently defended the worst forms of bigotry in Islam including the practice of FGM (Female Genital Mutilation), violence in Islam, and the lack of freedom for women in Islam.

A peep into his Wikipedia profile under “Religious Views” informs us that Aslan was born into a Shia family. He converted to evangelical Christianity when he was 15 and then converted back to Islam thereafter! His indefensible defense, verbal gymnastics, and obfuscation on the subject of bigotry, violence, freedom in Islam are a reflection of this “True Nature”.

The YouTube video below should clear any further lingering doubts with regard to who Reza Aslan really is and what his views are on the above.

Reza Aslan also calls himself an intellectual and a “scholar” of world religions. A critical examination of his scholarship (or the lack of it) should put to rest this false claim as well particularly when he tries to examine an ancient religion such as Hinduism (in reality Sanatana Dharma). While Aslan holds a BA in religious studies and a Master’s in Theological Studies (MTS), any practising Hindu should be able to tell you that these do not constitute “expertise” or even passing knowledge of the most basic tenets of the Hindu Dharma, leave alone expertise in any other religion. What then gave him the right to indulge in blatant Hindu-bashing? The only logical answer is bias, perhaps tinged with racism and bigotry. QED, we rest our case.

Clearly Reza Aslan is not the intellectual scholar, “talking-head-expert” that he and his network CNN portrayed him out to be. He holds views that are so bigoted and racist that they should automatically disqualify him from holding any position of influence. That it has taken so many years and that too after sustained pressure for him to be rusticated, is an indictment of not just CNN but also of all those who proclaim themselves to be the intellectual and moral guardians of social and political discourse around the globe.