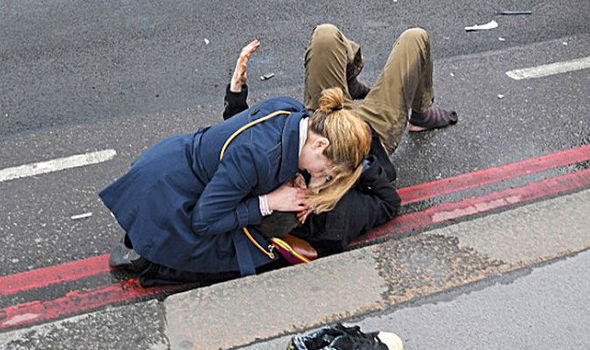 I was surprised for a moment when the terrorist responsible for the attack at London was revealed to be one Khalid Mahmood.

Frankly, after all the rabble by the Western media about an Asian being the perpetrator, I had assumed it was a Kung Fu artist from China. But quite unfortunately even the stars seem to be party to a grand conspiracy to fuel Islamophobia.

As a result, even the London Terrorist, like so many others before has turned out to be a member of the most peaceful community in the universe.

That “Terrorism has no religion” and “Islam is a religion of peace” continues to be the dominant narrative in Europe is reflective of the malaise that the European population suffers from today. In spite of all the terrorist attacks that have ravaged Europe, the people seem to think that the Rise of the Right wing and Islamophobia are bigger threats to the society than terror attacks. After every terror attack, the establishment indulges in meaningless symbolisms of all sorts and spews contrived platitudes of all manners and then things go right back to how they usually were until the next terror attack without any meaningful efforts towards tackling the actual menace.

With the influx of hundreds and thousands of refugees from the Middle East, Europe is more unsafe than it has even been in quite a while. After all this time, one would have thought European politicians would have been more sympathetic towards Donald Trump’s ban on refugees. But it seems the European elite seems to be more interested in Virtue Signalling than protecting their citizens. At present, Europeans hate being called racists more than they love their children. With circumstances as they are, it seems all the more likely that Islam will cut through Europe like butter through knife.

Europe is facing an existential threat from Islam and demography is certainly not in their favor. When Erdogan called for Turks in Europe to have 5 babies each, many dismissed him as an ‘idiot’ or a ‘regressive bigot’ but Erdogan, like most Muslims, is well aware that Demography is destiny. With rising Muslim population in Europe, Europe will become more and more Islamic in character. And with liberalism and the entire establishment more interested in silencing the ‘rightwing’ in their respective countries, the ascent of Islam is basically left unchecked.

Europe has come to seriously believe its own lie that Terrorism has no Religion and is therefore paying the price.

One gentlemen on Twitter declared, “A snapshot of London’s magnificent diversity in those injured: French, Romanian, Korean, German, Polish, Irish, Chinese, US, Italian, Greek.” The morbidity of the liberal mind as reflected in the tweet is quite disturbing to say the least. One wonders how many more terrorist would it take for liberals to realize the horrors that have been wreaked by Multiculturalism. Most liberals congratulate themselves for being ‘atheists’ but they do not seem to realize that their faith in multiculturalism, for all means and purposes, is exactly the same as atheists describe faith.

Liberals in Europe are more concerned about ‘Smashing the Patriarchy’ and fighting the mythical wage gap and destroying the Gender Binary than they are about combating the threat posed by Islamism. It is bewildering that liberals can distinguish between over 70 genders but can’t differentiate between Japanese and Muslims and Hindus when it comes to describing terror suspects, whom they all label as ‘Asian’. The solution to Terrorism will not come from those who are more concerned with fighting Islamophobia than protecting their own people. With the rising Muslim population in Europe, Terrorism will actually become a part and parcel of living in a big city or they must deal with the prospect of a Civil War. If circumstances are allowed to persist, Europe will soon find that they no longer have a choice in how the future turns out because they have already been made for them.