America does a U turn on Syria, and this time for good 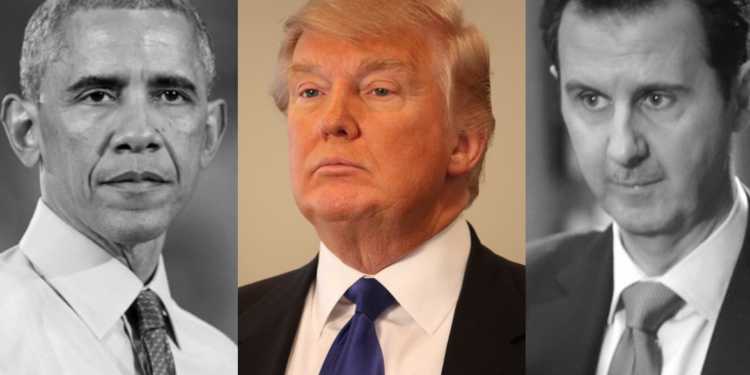 Irrespective of the mainstream media rhetoric, the Obama administration will go down in history as one that failed on many fronts. On the economic front, dismal growth in wages was coupled with compulsory insurance which charged unaffordable premium. On the law and order front, victims of gun violence and racial attacks were used as political pawns, as violence and crime increased. But the administration’s worst failure was on the foreign policy front. Describing its foreign policy as short-sighted or directionless, would be an understatement. The icing on the cake was, without doubt, Syria.

The current secretary of state Rex Tillerson was in Turkey this week, and confirmed that America’s stance on the Syrian conflict had changed. In the last sentence of his news conference, he said, “President Assad’s long term status will be decided by the Syrian people.” This is in stark contrast to the stance the Obama administration had taken at the beginning of the Syrian conflict in 2011, and stuck to right until the end of its term- that Assad’s removal from the Syrian presidency was a non-negotiable condition. The Trump administration has attempted to overturn many of the previous administration’s policies, both domestic and international. It has faced several roadblocks, and success has been limited. But this change of stance is crucial, and was necessary.

The Arab spring culminated in Syria, but by the time it had reached the country, the movement’s legitimacy was in serious doubt. Every leader which the movement overthrew had a bone to pick with the Americans, while every regime in the region that furthered American interests remained miraculously untouched by the wave.

America openly supported the movement, as every regime that it touched crumbled under international pressure. But when the movement reached Syria, the Assad regime stood its ground.

The Obama administration hadn’t expected this. How a regime could continue to hold on to power despite receiving bad publicity twenty-four by seven from the likes of CNN and NBC baffled them. It is at this point that a series of goof-ups began.

The Americans could not afford boots on the ground. They chose to arm the rebels instead. Many of these rebels were radical Islamic terrorists. It is hard to believe that the Obama administration was unaware of whom it was arming. Considering Assad’s regime prided itself in being secular in the truest sense of the word, the attributes of those opposing him internally should have been amply obvious. America’s allies in the region Turkey and Saudi Arabia- which are both Sunni countries- also began arming and funding terrorist organizations to fight against Bashar Al Assad, who is Shia. This gave birth to the Islamic State, and consequently, the perfect pretext for Russian intervention.

For Russia, Bashar Al Assad wasn’t only an ally and a major arms buyer. Assad’s downfall had serious implications. This is what made Syria such a high-stake game, of which Assad has merely been a pawn. If America had successfully overthrown Assad and installed a leader of their choice in Syria, they would have friendly regimes starting in Saudi Arabia and going right up to Europe. This would mean that Saudi Arabia could potentially replace Russia as Europe’s primary energy provider, bringing Russia to its knees. After the end of the Cold War, Putin has been the only Russian leader who asserted himself and pushed forward Russian interests aggressively. This has earned him America’s ire. The only reason he has successfully established himself as an alternate power center, and the only reason American sanctions have zero effects on Russia, is because the country is Europe’s energy provider.

This must have been one of the reasons the Americans wanted Syria at all costs. And this is probably why Putin was eager to jump into the conflict, and thwart America’s attempts. America was caught between a rock and a hard place. It could neither support the terrorist organizations it had given birth to along with its allies, nor could it support the Assad regime which it wanted to take down. Not for a moment did it occur to the Obama administration that radical Islam is and will always be a bigger enemy than Russia. It opposed the Assad regime, now backed up militarily by the Russians, to a point where it seemed completely ridiculous.

The shift we saw with the advent of Trump hinges itself on two propositions. One, that radical Islam is the biggest threat the world faces today. And two, that Russia is not at par with the United States militarily or economically, and therefore as long as both countries’ interests do not clash, Russia is not a threat to the United States and doesn’t need to be kept in check constantly. One can hardly argue with either propositions. The world would be a more peaceful place if radical Islam were dealt with, and if Russo-American cooperation reached new heights.

Unfortunately for Trump, perhaps nobody spreads radical Islam to the extent that allies of America such as Saudi Arabia and Turkey do. America is still dependent on both countries for its energy needs, the sale of its arms, and intelligence. However, the Trump administration is keen to isolate the Muslim world. It will take time before the main perpetrators, Saudi Arabia and Turkey, are also subject to this isolation. But letting Assad stay is a kick in the teeth of America’s allies, and an excellent first step to correct old wrongs.

Big setback for Donald Trump, but this can very well be a blessing in disguise