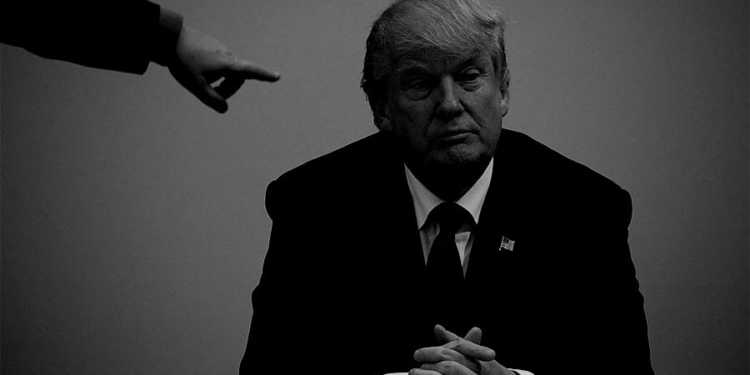 This is not to say that Trump’s actions are justified in any way. In pointing at the liberal brigade’s hypocrisy, it must be noted that a majority of their ilk has come out in support of Trump’s latest actions. After the bombings and Trump’s statement, the president has had his best press night so far. The doyens of America’s infamous media have for the first time supported the president on an issue. All Trump had to do to get popular with this group of people, was to start a war.

Only a week ago, the Trump administration officially changed its stance on Syria.

Secretary of State Rex Tillerson, on a trip to Turkey, announced that Assad’s long-term status would be decided by the Syrian people. This shift of stance effectively brought America on the same page as Russia, and an end to the Syrian conflict was finally within arm’s length. However, it was alleged earlier this week that the Assad regime had resorted to using chemical weapons against its citizens, and this has taken everything back to square one.

The liberal brigade wanted the United States to go to war with Syria over this. The same brigade that heaped praises on Obama and called it a masterstroke when Obama claimed that the United States had gotten rid of chemical weapons in Syria, find themselves in a spot. Either this week’s chemical bombings that they use as a basis to go to war with Syria didn’t really take place, or their blue-eyed boy lied to the world. Be that as it may, the larger question is this:

Is it even possible that just six days after the Americans shifted their policy and effectively allowed Assad to continue, that Assad would use chemical bombs against his own people?

It was certainly not in Assad’s interest to act in this manner, especially when it was decided that the conflict would end and that he would be able to retain power. If the benefit of doubt is given to the Americans and we suppose that chemical weapons were indeed used, it must have been by a party that wanted to desperately scuttle all the progress made in the past one week. It couldn’t have been the Syrian government, and it couldn’t have been their allies the Russians who were finally getting what they wanted. It couldn’t have been the Americans because under Trump, their priorities had changed. It is unlikely that either American allies, Saudi Arabia and Turkey, would have acted independently in this regard. Already, the Trump administration is working towards lessening their dependence on these regimes, and this would have been the perfect excuse to isolate them further.

The deep state might sound like a conspiracy, but if the current situation in Syria is anything to go by, there is no better explanation.

It looks as if the deep state has certain core agendas, and under no circumstance do they compromise on these. The deep state if it all it exists, suffers from a post-Cold War hangover, and keeping Russia subdued is among their core agendas. This would explain several of America’s antics in the last fifteen years.

The deep state perceives Vladmir Putin to be its primary enemy. It believed at the end of the Cold War that Russia had been cut to size, but Putin has been on a mission to reclaim the empire’s past glory. The only way Putin’s bold agenda can be subdued is by hitting Russia where it hurts most: by going after its economy. Several sanctions of various kinds have been imposed through the years. Each one has been a failure. This is because of Europe’s complete dependence on Russian energy, something no amount of sanctions can affect. The only possible substitute for Europe’s energy requirements is Saudi Arabia. No other country has both the capacity of supplying at such a large scale and the resources to set up supply infrastructure.

This explains why the Bush administration invaded Iraq on a nonsensical pretext. With ally Turkey up north, all that was left for the Americans was to capture Syria and get the pipelines running from Saudi Arabia right up to Europe. This explains too why the Obama administration decided to intervene in Syria, and why Syria became such a high stakes game for Russia. It explains the bipartisan support within America for both Bush and Obama’s actions. And most importantly, it explains why the presidential elections were such a lopsided affair. The result might not have been favorable, but the deep state’s choice was abundantly clear. A candidate who sought cooperation with Russia and wanted to isolate the Muslim world, was clearly unacceptable. It explains too the entire Russia scandal Trump has had to deal with.

Trump’s ‘chemical weapons’ are reminiscent of Bush’s ‘weapons of mass destruction’. The chemical attack in Syria, irrespective of whether it is real or fictional, and the inputs and analysis the Trump administration received thereof, seem to be the deep’s state’s work. However, one cannot be sure as yet whether Trump jumped into the swamp he vowed to drain, whether the swamp manipulated him, or whether the swamp tricked him.

To his credit, it did seem as if he fought the swamp. His predecessors from either sides of the aisle not only succumbed to the deep state, but seemed to collude with it. Whether this is a point of no-return for Trump, or whether he can bounce back and continue his fight, remains to be seen.