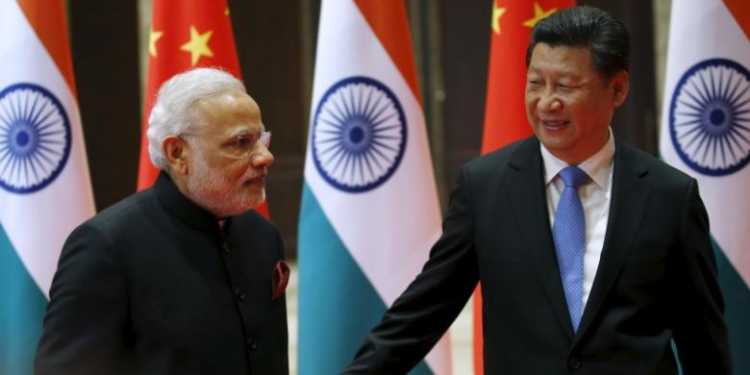 Our elders used to say, ‘Don’t try to spit in the sky, it will fall back on you.’ Even if you don’t make out the actual meaning, to simplify it, it is an advice of not being too haughty, or you might be beaten face down. However, I doubt, if our neighbors would ever learn this.

While India is grappling with the dilemma of taking action over the issue of Kulbhushan Jadhav, who is stuck between the death and freedom, thanks to our super brainy neighbors from Pakistan, a state sponsored Chinese daily, known as the ‘China Daily’, published the following: –

“Under India’s illegal rule, the residents of Southern Tibet live difficult lives, face various kinds of discrimination, and look forward to returning to China,” a provocative article in the China Daily said.

This came in context to the spiritual leader and Tibetan revolutionary Tenzin Gyotso, also known as Dalai Lama, who visited Arunachal Pradesh very recently, after a long hiatus of eight years. China, who considers Tibet to be an important part, as well as asset of China, is apparently miffed at Dalai Lama visiting Arunachal Pradesh, which is slowly, but steadily rediscovering its infinite loyalty towards India, both as a state and as a group of the citizens of the state itself.

This was not it, China Daily also went on to claim that Dalai Lama has betrayed both China “…..and regional peace. Solving the border dispute in a peaceful manner will require the courage and wisdom of the the Chinese and Indians. The Dalai Lama’s visit to the sensitive region benefits neither.”

While one can understand that China is not too pleased with the visit of Dalai Lama to Arunachal Pradesh, which they consider as a part of Southern Tibet, one cannot understand the desperation the supposed leader in future world politics is showing.

Either China has forgotten the notion that they can’t cut the cake and eat it too [in case of their benevolence for Maulana Masood Azhar], or China is slowly converting into a bigger and fatter version of Pakistan: all gas and no substance.

Before one thinks that this is just a bloke attempt to deride the nastier neighbor of ours, I do have some good facts; mind you, FACTS, to back them up. One knows of Chinese imperialist dreams for the South China Sea, which stand challenged by countries like Indonesia and Philippines, and it needs India to back it up on the issue of controlling some disputed islands in the mentioned sea.

However, the situation has turned more complex for China, owing to India’s silent, but bold support to the ASEAN block, which includes Indonesia as well. In fact, China is only paying the price for blocking India’s entry into the NSG [Nuclear Suppliers Group] and UN Security Council [in terms of a permanent seat], apart from their sinister support to Pakistan and their traders of Islamic terror. Maybe China has also forgotten, that in the café of karma, there is no set menu, you are served what you actually deserve.

But what if the Chinese attack us for being bold?

Hmmm, good question, but based on wrong fears and suspicions. Change and Death are the only constant in this world, to be precise, nothing is permanent, not even the invincibility of China. Even in 1962, we did not lose because China was better, but because we had a wrong coterie of leaders, who invested their time and brains in satisfying their infinite lust for power and fame instead of strengthening the young, independent nation of ours. I mean, which sane power would disallow the usage of air force when a country has invaded your territories?

Also, China is no more the so called invincible power they claim to be. They reign by the virtue of terror, and not their power. Our historians are probably the worst of the lot, or you would’ve known how we Indians had beaten the Chinese back. I don’t need to remind the descendants of Mao Zedong the whacking they received at Nathu La and Cho La, 50 years ago. Most of us haven’t forgotten the way we whacked the Chinese black and blue, liberating Nathu La, as well as Sikkim from their clutches. Probably China is only used to the language of guns and bombs, and God forbid if they resort to it, for even if we don’t win, China has to pay a very heavy price for its arrogance.

At a time, when United States is slowly receding into oblivion, and Europe is slowly being swallowed by the very devils they opened their gates to, probably the only superpowers that are capable of meeting the rising tide of Islamic imperialism, are India, China & Japan, and instead of being the power that should tackle such problems in their face, China is busy digging its own grave, by giving air to these very menaces.

In its attempt to prove who the daddy is, Chinese are being nothing but a bigger and fatter version of our irritating neighbor, Pakistanis. We are not underestimating their power either, but it seems like Pakistan, China is asserting itself as the superpowers with all the brawn, but no brain. That, to be specific, is a recipe for disaster, if not for the world, then at least for China itself.

India has never treated Israel fairly, Modi is ready to make an exception