India has never treated Israel fairly, Modi is ready to make an exception 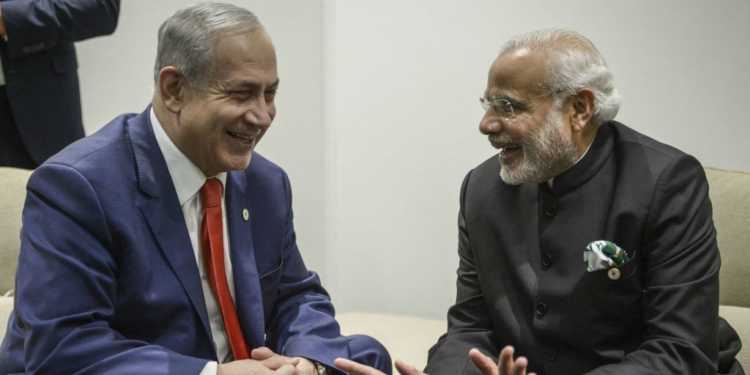 Just few days back India signed $2 billion defense deals with Israel to increase the capability of Indian army and make it ready to face the enemy in case of any contingency. As per the deal Israel Aerospace Industries (IAI) will provide the Indian Army with advanced medium-range surface-to-air missile (MRSAM) systems. The Cabinet Committee on Security which is headed by the Prime Minister had cleared the deal in February. It is the single largest contract in Israel’s defense industry history.

MRSAM is an advanced air and missile defense system that provides the protection against aerial threats. It is developed jointly by IAI and DRDO. The defense system would be used by Indian Air Force, Indian Navy and Israel Defense Forces. The system includes advanced phased-array radar, command and control systems, mobile launchers and missiles with advanced RF seekers that would neutralize any aircraft or missile within a range of 70km. Such is the confidence bestowed by Indians on their Israeli counterparts. But it was not always the relations had been so good. India normalized relations with Israel in 1992 and the relationship has developed steadily ever since.

The countries have a close defense, homeland security, and intelligence relationship which the two countries don’t talk about much in public. Both India and Israel are victims of terrorism because of which they have mutual interests. Israel’s thirst for additional markets could be quenched and India’s desire to diversify its defense suppliers could get a boost through this symbiotic relationship. India has become Israeli Defense Corporation’s largest customer. Israel has shot up on India’s list of suppliers in recent past. Between 2005 and 2014 it accounted for about 7% of military equipment deliveries which is third highest after USA and Russia.

It was Israel who publicly supported India during Kargil war but its efforts have not been publicly acknowledged.

Israeli officials claim that India has treated Israel as a mistress who enjoys a private relationship but fails to acknowledge it in public. Apart from the defense and security relationship, cooperation in the agricultural sector including water management, research and development, sharing of best agricultural practices would help the farmers in India. Israeli ambassadors have signed Memorandum of Understanding (MOU) with the chief ministers of Indian states for technological advancement in agriculture. Economic ties have also grown and the two countries are negotiating a free trade agreement. Both the countries have been trying to encourage greater investments from each other. The success of Indian and Israeli information technology companies has particularly led to collaboration in IT sector. India is favorite spot for Israelis who after their rigorous and compulsory military service seek to de stress themselves. Tourist arrivals to India from Israel have doubled over the last 15 years and there has been increase of over 13% in arrivals from India to the Jewish state.

When the NDA government took office in May 2014 with Modi at its head, there was a belief that the partnership with Israel would be a priority and more visible. Relationship with Israel under the BJP-led coalition government between 1998 and 2004 had been more open than previous governments. When in opposition, BJP leaders had visited Israel and have been in its support.

One can examine it through the BJP election manifestos and speeches of its top leaders like Lal Krishna Advani in the past. When Modi was the chief minister of the state of Gujarat he had expressed admiration for Israel’s technological achievements in the field of agriculture. Modi had travelled to Israel in 2006 with the central agricultural minister. Not only this, he had also helped to facilitate trips for politicians and business leaders from his state to Israel. Israelis have also invested heavily in the agricultural, dairy and irrigation sectors in Gujarat.

Even when Modi was not welcome to Israel’s closest ally, USA the Israelis continued to engage with him. Israeli ambassadors and consul generals interacted with him for businesses and government deals. Modi’s elevation to prime minister was welcomed in Israel. Sushma Swaraj who is the Minister of External Affairs is a former head of the India-Israel Parliamentary Friendship Group.

Thank you, my friend, for your kind holiday greeting. The people of Israel eagerly await your historic visit. https://t.co/Is1NmfWiMF

In July 2015, during a UN Human Rights Council vote condemning Israel over the 2014 war in Gaza, India was one of just five countries that abstained in support of Israel. Over 41 countries voted against the jew nation condemning it for its actions in Gaza war. It was seen as a major shift from the stance of previous Indian governments which have always favored Palestine publicly. Modi’s visit to Israel in July would be the first such high level visit by any Indian Prime Minister to the Jewish state. One important thing to note is that no Arab country has voiced its displeasure over it publicly and not even through diplomatic channels. With terrorism emanating from Pakistan and threat looming from China Israel could be India’s top ally in fight against terrorism. India’s relationship with Israel is gradually coming out of shadow and under Modi’s leadership one can expect that the bilateral ties would reach apogee of Indo-Israeli relations.

Could West Bengal be ISIS’s first target in India?