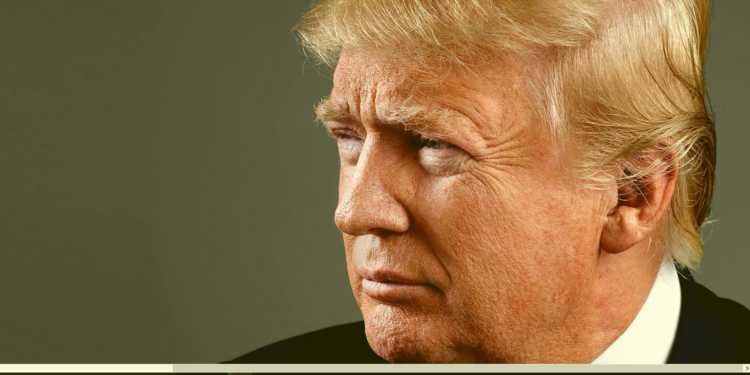 ‘Franz Ferdinand, who was the nephew of the Austro-Hungarian emperor, was killed by a group called the Black Hand. And because they were a Serbian nationalist society, the empire declared war on Serbia. Then Russia, which was bound by a treaty, was forced to mobilize, which meant that Germany had to declare war on Russia. Then France declared war on Germany, and that was World War I. Because the emperor’s nephew was killed. Now I thought you all had some good ideas. But someone should make it clear to the people in this room that someone is in charge.’

In one of the most significant episodes of ‘The West Wing’, one of the best shows on American TV in the late 90s, the President Bartlet’s (played by Martin Sheen) daughter is kidnapped by some white supremacists, for she had been dating the President’s assistant, who wasn’t white. Chaos reigns and the President is relieved, only to be replaced by the Speaker of the House as the temporary President. He takes over the Oval Office, only to find the staff distraught and in utter confusion, and that is when we tell them how the First World War began, along with emphasizing that he was in-charge. Clearly, it was one of the finest moments in the history of television.

The world today finds itself in a situation similar to what President Bartlet was in, during the episode. Sinking in a river that separated the shores of a father and a president, he was required to risk everything he ever had achieved in order to set the house back in order. The story of President Bartlet was that of one daughter alone, and she was rescued a couple of episodes later, unharmed, unlike the countless daughters, sons, fathers, and mothers in Syria that no UN organization can even account for now, even in their death. In the age of regulated warfare, where drones do the dirty business, a biased media manipulates coverage from the nucleus of a war-zone, and intelligence works in a shadow remote to any kind of civilian accountability, one wonders, where is the world heading?

A part of this question was answered in January, earlier this year, when Donald Trump was sworn-in as the President of the United States of America. Vowing to eliminate Islamic Terrorism from the face of the Earth, many saw it as a significant opening to Trump’s presidency. His then bromance with Putin further strengthened the hopes for nations across the world under siege or threatened by the prospects of ISIS, India being one of them.

The ones who haven’t been living in a cave or some tunnel network, the news of President Trump bombing an ISIS tunnel network is no breaking news. Using a GBU-43 MOAB bomb, termed as the ‘Mother of All Bombs’, Trump concluded an impressive show of power in a region which is now becoming the new stronghold of Islamic extremists. Known as ISIS-K in the region, they have managed to bomb the Supreme Court in Kabul, have been targeting the minorities in the region, recently carried out the bombing in a Sufi Shrine in Pakistan, killing close to 100, and have been regularly engaging with the US Armed Forces in an armed conflict; and all this is the tip of the iceberg in an otherwise extensive violent CV. The MOAB program, incepted during the Iraq War of 2013 has curated 20 bombs, at the total cost of $314mn. With a blast radius of merely a mile, the bomb ensures minimization of civilian casualties. A couple of days later, the world rejoiced at the news of 36 (number subject to different reports) Islamic extremists being killed in the attack, with the entire tunnel network decimated. Given what a dozen fanatics with guns can do to a city, the number was impressive, even while it cost the US Government a fortune. ISIS-K was just one of the targets, as the implications of this bombing lay elsewhere too.

First, it took attention away from Trump’s adventures in Syria and helped diffuse the instantaneous tensions with Russia. While the liberal media found themselves oriented with Trump when it came to bombing the Syrian airbase, the same which had been used to carry out a chemical attack killing 80 people, many of them children, it did arouse international concerns, especially in Russia and Iran, the two key allies of Bashar-al-Assad, Syria’s dictator. While some condemned Trump for shifting the attention from ISIS, there were many concerned about Trump starting the Third World War, taking Russia head-on in Syria. The progressive prospects from the MOAB in Afghanistan were complemented by a diplomatic encounter that had happened earlier that week.

Before the bombing in Afghanistan was carried out (after being planned, perhaps), From ‘relations are at an all-time low’ to ‘things will work out between the two nations’, US and Russia, to the relief of many, were able to find middle-ground during the visit of US Secretary of State to Moscow. There were reports of Putin breaking the traditional protocol by refusing to meet Tillerson, the US Secretary of State. However, a progressive meeting took place, giving hope to bromance that could someday eliminate ISIS across the world. Interestingly, Russia agreed to an international investigation into the chemical attacks in Syria, along with signalling that efforts to put back relations were on track between the traditional superpowers of the post-1945 world.

Second, it sent another signal to Bashar-al-Assad, this time an indirect one. Given his lack of acknowledgment of the attacks that he carried out on his own regime, the strike in Afghanistan did showcase US’ strengthened resolve to take action against any form of extremism across the world. However, the US will be optimistic that the attack on ISIS, along with that on the Syrian airbase earlier that week will stop Assad from gassing his own people in the future. In the world of espionage and volatile diplomacy, it’s a common agreement that the US doesn’t have much to invest in regions where it acts through drones or regulated attacks. However, Afghanistan was different, for the US forces were engaged with the extremists aligned with ISIS-K for over a year now. Thus, even if Assad wishes to confuse the bombing in Afghanistan with a remote-control act of humanity by the US, he will have to acknowledge the possibility of one happening in his own land again, given for how the long US have been toiling for a solution to the Syrian problem.

Last, but not the least, it established Donald Trump as the President of the United States, in a conventional sense.

While the Syria attack helped Trump align with the Democratic front back home, the Afghanistan bombing re-established his position amongst the traditional Republican supporters, the same that view ISIS as a looming global threat.

Turns out, every global event relevant to ISIS leads us back to Syria. With Raqqa, the capital of ISIS, lost, these extremists are now looking for a new stronghold across the world, ISIS-K being one of the examples. The threat to India, especially in Kashmir, from a group like ISIS-K, doesn’t require any explanation, for they would bank on religious and administrative fault lines to wreak havoc in Kashmir. Similarly, Europe has had its share of problems from the disrupted and remote controlled ISIS extremists, thus inspiring the emergence of nationalist politics across the continent, along with being a catalyst in the plausible collapse of the European Union. The misadventures of previous US Governments in the Middle-East are now coming to haunt us all, with ISIS being the illegitimate rogue child conceived by a screw up that was without a pull-out strategy.

However, the ‘Mother of all Bombs’ episode had another lesson for people across the globe. Unlike the First World War, or even the one that followed it in 1939, this is the age of regulated warfare. Intelligence, Technology, and the need to avoid a nuclear conflict at all costs has given birth to warfare that comes with a certain reluctance on the part of the involved parties. As much as Russia and the US may tweet or post, they won’t risk an armed conflict because of 140 characters. Similarly, even in Syria, the whims of a dictator losing to time won’t be enough to bring two superpowers to a World War, given the fact that both Trump and Putin wish to focus on economy on the domestic front for a sustained political career. This is not 1914 or 1939, and therefore, no leader across the world can expect themselves to be backed by the public they serve when it comes to going for an all-or-nothing sort of war. Even in the case of Pakistan, a regulated warfare in the form of discreet surgical strikes and espionage, along with shacking economic sanctions can achieve more than a war, unless otherwise provoked, to which India can give a befitting reply. Hit what matters, and everything else remains business as usual is the ideal gist of this regulated warfare.

ISIS continues and shall remain a global threat, and as I have emphasized before, the collective intelligence of the world could only help us get rid of it. The number of deaths MOAB achieved in Afghanistan may remain disputed (The Afghans put the count between 80-100, without civilians, while the initial reports suggest 36), but the MOAB attack, unknowingly, has acted as a temporary aid to bridge the fault lines pushing countries away from each other, diplomatically and otherwise. This wasn’t the first strike, and this wasn’t the last, but after 500,000 unaccounted deaths (with most of them in Syria, and increasing in ISIS attacks world over), it’s quite late for us to see war as an option, and therefore, regulated warfare is the best alternative we have right now at our disposal.