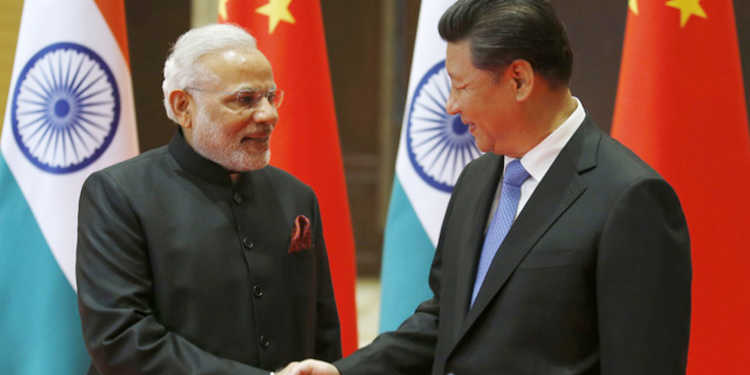 China has not only included itself but a part of world that is in its influence into “One Belt, One Road” project of which CPEC too is an integral part. The way President Xi executed the project even while he proposes further development of the project is really worth congratulating. It is not about physical construction of one road or many roads, but a vision to engage China in a radically transforming multi-polar world.

Despite its continuous participation in all global affairs, India chose not to be part of the OBOR project as CPEC is passing through PoK and so violates the claims of India over the territory. On its part, China wanted India very much to be part of this project and they never hid their intentions and any occasion, their representative suggested even renaming of CPEC.

However, on objections from Pakistan, this particular part of his speech was eliminated from the official text. It is the irony of having neighbours like Pakistan and India would be paying for this geographical accident forever.

Though President Xi said “All countries should respect each other’s sovereignty, dignity and territorial integrity, each other’s development paths and social systems, and each other’s core interests and major concerns” in his inaugural speech, it remained a fact that India’s opinion was not considered when China decided to construct CPEC through PoK unilaterally. In fact, China had dismissed India’s apprehensions time and again.

Moreover, China did not take India into confidence when it prepared plans for CPEC and OBOR.

In the era of decreasing globalisation , China has a need to put its otherwise idle resources into use and so need CPEC and OBOR more than any other participating country. However, unlike China, India can never allocate resources because private resources in India are simply not adhered to government’s initiative but rather happen based on profitability and sustainability of individual projects.

Unlike China, with open sea routes on three sides India doesn’t need to have a route to access any other country. Advantage for India would be access to Central Asian countries, but the access is through Pakistan. As of now, Pakistan has denied the road access to Indian businessmen to reach even Afghanistan, where India is playing a major role. So, India will not benefit from participating in OBOR as long as the standoff with Pakistan remains unsolved; a problem that is not at all expected to be solved as long as Pakistan exists in its current form.

So, participation in OBOR will only expose Indian economy to some further stress where no tangible returns are expected. This was what the Indian government states, though in much diplomatic language – on economic front. Only the statement of India on the sovereignty and territorial integrity was said in ‘black and white’.

As such, the business between China and India, even without OBOR is blooming as both are mature enough to separate business from other issues. However, China also understands Pakistan and its perennial obsession with India. CPEC is fundamental for Chinese to further business interests as it gives access to the western shores and will help to transport goods if the sea roots in Indian Ocean are compromised. So, like any powerful nation, they did what they thought good for them.

More than the noises China has made through its mouth pieces, it is stunning to see such noises are reverberating in Indian Press, with much amplification.

The first to suggest India to join OBOR was Sudheendra Kulkarni, who successfully decimated the otherwise flourishing political career of Advani. Mr Kulkarni declared himself to be the ‘unofficial representative’ in the BRF (Belt and Road Forum). Then, he articulated his views. True, he has full rights to have his views irrespective of others agree to them or not. I only hope, he would state the ‘truth in full’ and in correct context.

In his column in NDTV, Mr Kulkarni referred to Liu Jinsong (Dy Chief of Mission, Chinese Embassy in India) saying China is ready to address the issue of CPEC through PoK, if India is interested to join the platform. However, what Mr Kulkarni did not refer to was the comment from China on how ‘CPEC being now vital for economic interests of China’ and so their vow to protect their investments.

In this context only Chinese media said China may even try to mediate between India and Pakistan that was later taken back by Chinese officials.

Another article in Scroll reduced India’s not participating in OBOR to being part of bad relations between BJP and TMC. True, Mamata Banerjee needs investment and is looking at China. And, as CM of the state, it is her duty to make her state attractive to foreign investments. As if being part of OBOR is the only way of getting Chinese investments?

The examples of BJP run state governments getting investments from China (given in the same article) explain the irrelevance of India joining OBOR to get investments from China. If Mamata Banerjee gets loans at lower interest rates than what Delhi gives to the state, she should go for such loans, without even thinking twice. And citing decades of negligence from the Centre and blaming BJP for that is a bit too much. Only Rahul Gandhi is expected to think like that and get away.

Whether it is TMC or CPM that ruled the state for three decades, they shall be the most responsible parties for whatever the state it is now – and not even Congress that ruled Delhi for much part.

The writer may take a leaf of how DMK and AIADMK ruled Tamilnadu for nearly half a century but developed the state; the key lying in the fact that the party ruling Chennai always maintained friendly relations to the party that ruled Delhi.

Another article in the same publication wondered whether India is trying to convince the world that OBOR is colonial. Well, in fact it is a Pakistani senator who branded CPEC as a China’s colonisation project. China was called the new ‘East India Company’ by the same senator, while his government was providing security to Chinese workmen at two to one ratio – using Pakistani army regulars.

Though the opposition of Balochs for the CPEC was a well-known affair, there were protests even in Pakistan occupied Kashmir, as Xi was inaugurating the initiative.

Coming to colonisation, China prepared a Long Term Plan (2017-2030) for Pakistan. As mentioned in dawn (verbatim) “For instance, thousands of acres of agricultural land will be leased out to Chinese enterprises to set up “demonstration projects” in areas ranging from seed varieties to irrigation technology. A full system of monitoring and surveillance will be built in cities from Peshawar to Karachi, with 24 hour video recordings on roads and busy marketplaces for law and order.

A national fibreoptic backbone will be built for the country not only for internet traffic, but also terrestrial distribution of broadcast TV, which will cooperate with Chinese media in the “dissemination of Chinese culture”. I leave it to the wisdom of Scroll columnist to evaluate whether this plan qualifies for being called colonisation or not.

Locals in PoK are worried China would take over their territory. Seems China is establishing some military bases in the disputed area. After all, they need to protect their investment. Right? Various political and student organisation are protesting against CPEC and called it ‘Road of Gulami’. Too much for the critics of India not joining the initiative. May Mamata’s advisors help her while her loans or investments from China are sanctioned to check if there is a clause that allows China to establish a military base in Kolkata so China can safeguard their investments.

Meanwhile, I too wish China’s OBOR project success, even as China feels India’s refusal will not stop cooperation among other countries. True, why should other countries stop participating for the sake of India? Had it been so, could India send the South Asian satellite to space, when Pakistan pulled out of the project? So, let China achieve its new heights.

Growth is contagious. Having a prosperous neighbour too has its advantages. Prosperous China is good for India to conduct business with. And, China is not an arch-enemy of India, which Pakistan is. After all, prior 1962, there was a legacy of more than two millennia of friendly exchanges of knowledge and business between both Asian giants.