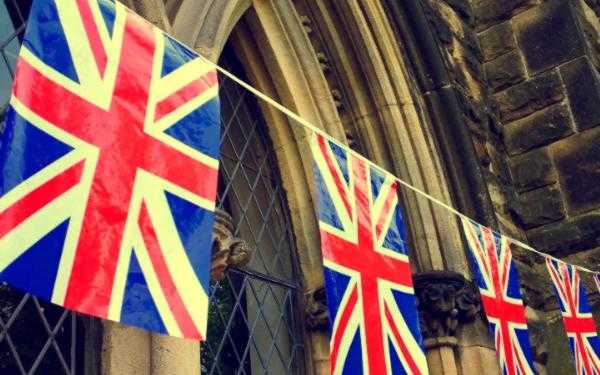 The day was 24 June, a Friday , it may well turn out to be a black Friday, Friday has always been associated with bad luck and this day may turn out to be one in the history of the United Kingdom. Some 51.9% of Brits had decided to exit from the European Union, the one conclusion that could be drawn from the referendum was that a large majority of Brits never wanted to leave the European Union. I personally had believed that the referendum would not translate into the so called “Brexit”, for the risks of leaving the Union far outweigh the gains that come with it but Theresa May, the current prime minister of U.K does not seem to believe that. March 29 will be a day that will be scrutinised by many in the present more so in the future because it has set in motion a chain of events that might decide the future of Britain and impact its social, financial and cultural might.

At its peak the British Empire was the largest empire to have graced this planet, in 1921 the empire covered nearly 25% of earths land area & housed nearly 20% of the world’s population under its direct control. The British had colonies in every part of the world, from Asia to Australia, from the Americas to Africa, the Union Jack flew high supreme. The extent of the world domination achieved by the Kingdom can be understood from the fact that if the Empire were to be existing today it would have had covered all the continents encompassed 64 countries.

That is just the territorial might that the British enjoyed, apart from that the economic juggernaut that it turned into is a different aspect of the coin altogether, they had the largest navy in the world, they controlled all the major trade routes across all the continents, had access to major ports in most important of the trade centres, Bombay, Sydney, Cape Town or Hong Kong to name a few. London remained the economic capital of the world until challenged by New York post WW 1.

The detailed history of the Empire is so huge that multiple articles can be written on it, but irony is that in the present day Britain seems to be heading towards isolation when they themselves were one of the pioneers of World integration in their own unique sense of course.

The U.K is still the fifth largest economy in the world & the second largest economy in Europe behind only Germany in terms of GDP, it still enjoys a very high level of living standard & a exerts a big influence in matters of international importance.

The British embraced exiting Europe on the main condition that immigration be controlled, for they felt cheated of the fact that foreign nationals were having a part of their pie, but what stands out the most is the fact that if these EU nationals were to leave the Kingdom then the results could be very bad for them calling it catastrophic might not even be a stretch. Contrary to what has been portrayed, the fact of the matter is that the British industries service sector thrives on these immigrants, who work for the benefit of the country while contributing to the riches of the state, these Eastern Europeans who come to Britain to make their ends meet provide the cheapest form of labour to the local owners and if not for them these guys will have to compromise on their own share of profits if they are to provide the same jobs to the Brits and if reports are to be believed then Brexit seems to paint a very dull picture for the once almighty English.

Back in September of 2014, David Cameron saved himself the blushes by avoiding being remembered as the Prime Minister who lost Scotland, a referendum was held and the scots decided to stay. The English breathed a sigh of relief & the situation was brought under control keeping the power centralised in England but the signs of dissent are imminent. The bread that the Scots chewed to remain as a part of U.K was the promise of being a part of the European Union, the economic sense had prevailed over the patriotism in Glasgow but now the tides seem to have turned again. Whereas the majority in the Kingdom voted to leave the EU but Scots had wanted to stay, so as the current situation stands, Scotland will leave the EU but against her will. This might play out in a way that can threaten the “unity” of the United Kingdom. The worst part for England is that the situation not only prevails in Glasgow but also in Belfast, Northern Ireland also wanted to stay in the EU & enjoy the advantages of single market but in two years’ time, they won’t be doing so anymore & that worries the majority in Belfast & the whole of Northern Ireland. The worst part for U.K is that some sections of citizens have already started contemplating reunification with The Republic of Ireland. Voices will be raised questions will be asked & London better be prepared for that for hard times that are to follow.

The city of London is husting bustling metropolis on the banks of Thames, it’s not just the seat of power but the engine that drives the economy of Britain, London alone contributes about 17% of U.K’s GDP. The Banks, the consultancies, the law firms, the start-ups are all majorly based in London & many of the employees in here are EU residents, to cite an example we can consider the Silicon Roundabout in East London is the epicentre of a Tech Start-up trend in Britain, housing nearly 40000 digital businesses , this area comprises of nearly 20% of all tech start-up’s in Britain, but  post the vote, the mood has been a little gloomy,  with free movement under the threat along with single market,  the companies are having second thoughts about staying in London,  they have other options in Frankfurt, Paris or Munich. These companies had threatened to pull out of Britain if their demands were not met, which mostly circled about free trade , but since Theresa May has said it out in the open that she will not be pushing for the same, now the future of these enterprises in Britain seem to be hanging by a thread.

The implications of the hard times have been very evident of the position of pound sterling against euro, it has dipped, although many expected Sterling to go even downwards but it has stabilized a bit, but to put it simply Sterling has lost quite a lot of its sheen post U.K’s decision to leave the EU, it can no longer be said to be a very stable currency that can be used worldwide for international trade or to be used as the major reserve currency, this is a statement towards the fact that the economy is dwindling & people are losing confidence in Britain.

The amalgamation of all these factors and many more tell us that the future of Britain is quite uncertain and the recent turn of events have left many a people pondering over their future within and outside of the Kingdom. The fact of the matter is that Britain is not the super power it once was but to their credit they still are one of the key players in world politics & economics, but for that to continue the Brits will have to play it safe in the coming few years or we may well be watching the fall of the once almighty from the grace to the dungeon.