It’s Official: PM Modi has Reduced The Powerful Pakistani Military Cartel to a Bunch of Clowns 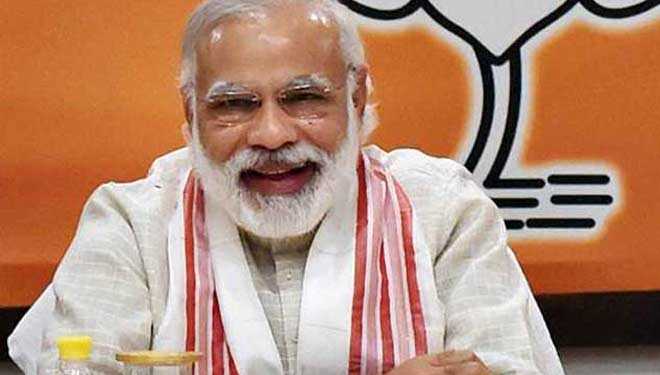 This Article was originally published on May 30, 2017.

[Latest Update]: A day after a BSF jawan was killed in Jammu in unprovoked firing by Pakistan, India hit back, destroying three Pakistan Army posts. According to sources, over 10 Pakistan Rangers were killed in the BSF action that took place late on Wednesday night.

If I was part of Pakistan ’s military establishment today, I would feel like crap. I would be watching that perfectly self-serving system developed to take advantage of every factor and circumstance, crumble before my eyes.

The military establishment is essentially a cartel. It doesn’t benefit one man, but a small and elite group of men. When one is active within the cartel, one lords over the country, made up of the state of Punjab and the other neighboring states that Punjab forcefully occupies. When one gets old, one retires with several hundred acres of land, a few million dollars in foreign bank accounts and makes regular television appearances. This is the cartel for you.

This is how the cartel has worked so far: it allowed the common man, poor and confused as hell, to elect its governments. These governments were a sham. The central government was based out of Islamabad, but took orders from Rawalpindi, the cartel’s headquarters. If the government dared to defy the cartel, they were done away with. The cartel had ample experience in this domain. They allowed the people to have a government not because they feared the masses, but because if the cartel ruled without holding elections, it would warrant sanctions.

The cartel justified its existence by giving the impression that they were constantly under threat from India and Afghanistan. If such an impression had not been made, there would be no justification for the country to be a military state. The cartel didn’t want to go to war with its neighbors, because that would upset the royal lives they led. Besides, they had lost all the wars they had ever fought. The medals hanging from every general’s collar came perhaps from candy-crush tournaments. But I digress.

They knew they couldn’t win a war. They knew they couldn’t even fight one. What they could do though was arm terrorists and ferment separatism in neighboring countries, with Islam as the ideological backbone. Their border guards could provide cover to these elements for safe passage. Once in a while, they could capture and mutilate an enemy soldier. This would keep the pot boiling. It was just enough to justify their existence, but not enough to warrant a full-scale war.

The cartel couldn’t have asked for better global circumstances to perpetuate its model of existence. They told the Americans that they were the victims of the terrorism, and received from them billions of dollars to fight the very terrorists they were arming themselves. The Chinese offered to fund them, to keep India irked. They took the Chinese up on this offer. The Saudis asked them to house their nukes. They took the Saudis up on that offer. Osama asked them for shelter, as did Dawood. Everybody was taken in for a price. After all, every cartel just wants to get rich.

Once in a while, if they were lucky, they had very kind Indian governments. One such was headed by a spineless banker born on Pakistani soil, desperately looking to leave a mark in history by winning a Nobel Peace Prize. Under him, the cartel was often absolved of wrongdoing at the drop of a hat. He was even planning to gift the Siachen glacier to them at one point, and provided their lawyers like Khawar Qureshi with great business on the international circuit. The cartel was sitting as pretty ever.

Three years ago, when a new government was elected in India, the Pakistani prime minister was invited to the swearing-in ceremony. The invite took the cartel by surprise. The other heads of state in the region had confirmed their participation. Starting off on the wrong foot with a new government would expose their intentions to the world. They allowed the puppet leader to go. This was the beginning of their end.

From the start, India’s new prime minister outsmarted the cartel in its own game. Mr. Modi wasn’t foolish enough to eye a Nobel Peace Prize. Having observed India’s neighbor for decades, he was under no illusion that peace would be attained through a political solution. But just as any stateman would, he went out of his way to advocate a political solution. His swearing-in ceremony was a first of many, he continued to meet Pakistan’s puppet leader every now and then. He met him at the sidelines of every international summit, and even dropped by his house for a photo-op. The message was clear- India was trying to reach out to its hostile neighbor.

The cartel was cornered. How would it keep the pot boiling? It redoubled its efforts to irk India and maintain the erstwhile animosity. Mr. Modi was unfazed. He continued to reach out to the civilian establishment. One thing did change though. On the ground, India made it costly for the cartel to keep the pot boiling.

Firing on the line of control was met with disproportionate retaliation, sometimes with Iran and Afghanistan pitching in simultaneously. Attacks on Indian bases was met with a surgical strike. Separatism was countered by giving the army a free hand. Beheadings were countered by blasting off bunkers from the face of this earth.

Modi went around the world talking to his peers about his outreach, and how the neighbors were refusing to meet him halfway. His peers got the idea. When an Indian businessman was kidnapped by the cartel, declared to be a spy and sentenced to death in a kangaroo court, India embarrassed the cartel on the international arena. The world was beginning to understand how the cartel functioned.

No wonder the global community didn’t bat an eyelash when the Indians entered Pakistan, blew up the cartel’s camps and returned safely. No country protested about the fact that India tied one of the cartel’s agents to a jeep and used him as a human shield. Apart from the cartel’s cronies in India who cried themselves hoarse about the Indian onslaught on Kashmiri separatism, no other country bothered. Nor did they protest about India’s interference with Pakistan’s internal affairs when Mr. Modi brought up the plight of Balochistan. In fact, it appears as if India had tacit support from the global community.

At a meeting of Islamic countries in Saudi Arabia, attended by the Donald himself, the cartel’s puppet leader arrived with a rehearsed speech. His turn to deliver the speech though, never came. His request to meet the Donald in person was declined. And it so happened that at the same time, the Donald’s men at the Oval announced that they would drastically reduce what they were paying the cartel to “fight terrorism”, and that even what little they imparted with would be in the form of loans.

The cartel’s current situation can be illustrated best by the latest round of skirmishes with India. After the mutilation of one Indian soldier, the Indian army blew up six Pakistani bunkers. One of the cartel’s staunchest enemies Arnab Goswami estimates that each of the bunkers have ten to fifteen soldiers inside at any given point of the day, and that since the bunkers were reduced to ashes, India bumped off at least sixty of the cartel’s men. The cartel remained mum about it, because they knew they wouldn’t be able to answer in kind. When India announced it finally, the cartel activated its airbases as if they were getting ready for a war. Then, one aircraft took off, flew near the Siachen glacier without even violating Indian airspace and returned to the airbase. The cartel celebrated this as a big victory. This is how pathetic the cartel has become three years into Mr. Modi’s term.

The cartel did deny that the surgical strike or the bunker attack ever took place, but the denials came very late. In both cases, right after the news emerged, some members of the cartel vowed to avenge Pakistan. The cartel’s bluff was called then and there. But apart from being bludgeoned and exposed, there are other existential threats the cartel faces. China now seeks to make Pakistan an economic colony of theirs, and the cartel is too weak to push back such overtures. As China colonizes the land that holds Saudi nukes and fosters radical Islamism, we can expect the first round of fireworks between the Muslim world and the Asian dragon to take place in Pakistan. Both sides are inherently expansionist, and both sides have always been ruthless. The cartel is sitting on a time-bomb.

If I was part of Pakistan ’s military establishment today, I would feel like crap. But I’m part of Narendra Modi ’s India, and we’re laughing so hard.

Everyone should know how the future of India’s Energy looks, after Trump hastily left the Climate accord