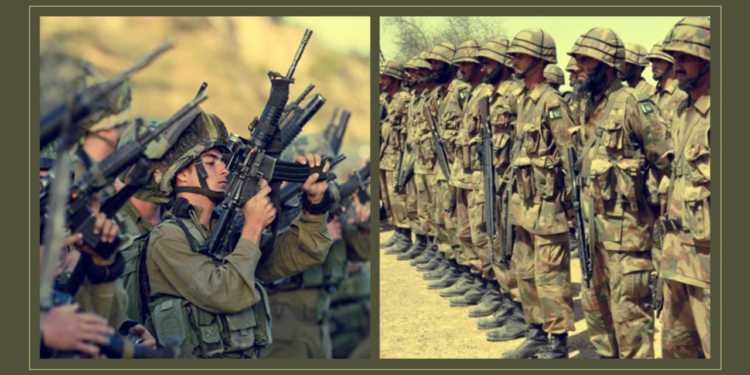 The notorious nuclear bomb manufactured by Pakistan with support from China and North Korea was called Islamic Bomb. However, it was originally the Pakistani Bomb and was manufactured considering it would be used only against India. After experiencing how hard Israel hits them, Arab world realised another purpose for the Pakistani Bomb. So they funded it and renamed ‘Islamic Bomb’ that was supposed to act on behalf of the Caliphate against all Kafir nations. Though Pakistan was clear about the usage against India, the Muslim world so far never could think coherently about the purported use of Islamic Bomb. Meanwhile, responding to the ‘Cold Start’ doctrine of India, Pakistan has developed small nuclear warheads and deployed them at the international border and at LoC. However, the formation of Caliphate uniting all Islamic nations has so far remained in thoughts only. Contrary to the unification, the Islamic World had split into two conglomerations based on sectarian preferences. As the funds for Islamic Bomb were provided by the Wahhabis of Sunni dominated Saudi Arabia, Shia dominated Iran considered the possibility of using the Islamic Bomb against them and so started developing their own version of nuclear device, acting against the advice of world.

When Iran went to war with Iraq, one Arab visionary named Saddam Hussain also considered to make one for Iraq. Inspired by these two countries, even Syria attempted at going nuclear.

Of course, it is another story that Israel had blasted all the reactors in Arab world forcing them to rely on Pakistani Bomb err… Islamic Bomb.

Well, do the Arabs need a nuclear device to kill their own? They already have upgraded from using swords to AK-47 and became experts in using the automated firing machine.

Let us see what may happen as and when the Pakistani Bomb or Islamic Bomb explodes.

First, consider Pakistan frustrated with continuously getting defeated by Indian Army in conventional warfare. Here, the war may not be necessarily a full-fledged war like it happened in 1971, but even a shorter version like Kargil misadventure is sufficient. When Pakistan Army realises it has lost the support of its people (already Pakistanis lost confidence in their cricket team and next is army, after they sold the nation to China), they will try to explode some nuke crackers across border. Pakistan’s attempt would only be limited to target North West provinces of India where the effectiveness of their devices is maximum and execution is easier. Immediately after the first cracker is detonated on Indian soil, four major cities of Pakistan i.e., Islamabad, Lahore, Rawalpindi and Karachi would be nuked by India so hard, they cease to exist, ending the war or nuclear skirmish.

Now consider Pakistan trying to use the crackers against Israel.

In case of an all-out war between Arab nations, which may in fact a good way of passing the otherwise idled time, if someone tries to target Israel, the war would turn into a mega episode. The other possibility is Saudi aligning with Israel against Iran. In this case, as it was Saudi that controls Pakistani purses, Islamic Bomb would be rested. However, given current trends of confusing wars between one and all in Arabic World, predicting who will antagonise Israel first is difficult.

The way Saudi declared Qatar terrorist country (I am waiting to hear that ISIS would declare Al-Qaida a terrorist organisation) and the move receiving support from few other fellow nations & immediately firing in Iran’s parliament proves that the climax of Priyadarshan’s Hungama is being played in the middle-east. In one such confused moment if Pakistan considers to use its Islamic Bomb against Israel, Israel would nuke Pakistan even before the Army Chief signed the order. Of course, the entire Arab and Pakistani establishment is notorious for leaking information and Israel would know it first.

So, in both cases, as and when the Islamic Bomb goes off, it would ensure at least one Islamic Republic i.e., Pakistan is wiped out of the map again making the Indus Valley a desert. This thought made me wonder if some portion of the Musala, that caused the decimation of Yadava Empire at Dwaraka has floated across the Arabian Sea into the gulf. The way Arabs fight each other is unparalleled in present day’s world.

Maybe there is a curse on the Indus Valley; it transforms into a desert every few millennia.

(This post is dedicated to one gentleman, who commented on Animesh Pandey’s post claiming Pakistan would nuke out Israel)