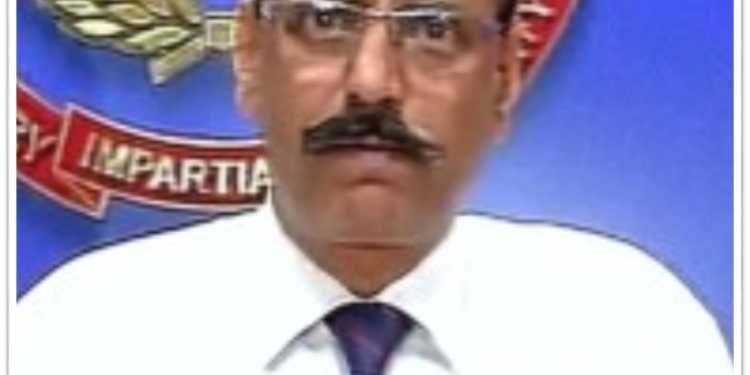 In an unprecedented move, India’s Central Bureau of Investigation (CBI) has come down hard on The New York Times for publishing a bias and misleading editorial about a case it is investigating. The newspaper in question considers itself to be an important part of the American media, although in the last few months, it has been the source of several instances of fake news. This has prompted many to believe that the outlet is part of a propaganda machinery serving certain vested interests.

The FAKE NEWS media (failing @nytimes, @NBCNews, @ABC, @CBS, @CNN) is not my enemy, it is the enemy of the American People!

The editorial in question deals with the CBI raids conducted at the residences of Prannoy and Radhika Roy, promoters of the disgraced NDTV, regarding money laundering charges. It is titled ‘India’s Battered Free Press’. It speaks about press freedom in India receiving a major blow, and the alarming new level of intimidation the press faces under prime minister Modi. It talks about several major loan defaulters in India, and lies about the Modi government selectively targeting only the ones they oppose.

The CBI however, has denied that they are investigating the Roys for causing losses to the banks. The investigation agency has explicitly stated that they are investigating a possible collusion between the Roys and some officials at ICICI bank. The loss incurred by the bank is only a by-product of the alleged collusion. Projecting the raid as a witch-hunt against organizations the government hates is either purely malicious, ignorant, or mind-numbingly stupid. Perhaps the writer was incapable of comprehending the subtle difference between the losses being the reason for the raids and the collusion, of which the losses were a byproduct, being the reason for the raids.

It is not new for some Western media outlets to simply play the role of an echo chamber when it comes to India. Instead of a simple google search to verify facts, they often parrot the lies of the Indian mainstream media. Every inherent bias that the Indian mainstream media might hold, is also parroted blindly. If you’re wondering where you read about the clampdown on press freedom in India in the context of the raids in question before, it was probably on Nidhi Razdan or Sagarika Ghosh’s Twitter feeds.

NDTV’s journalists have been caught with their hands in the cookie jar on several occasions, being party to unprofessional and corrupt practices. Editing interviews to suit a narrative is only the tip of the iceberg. Their journalists have been caught red-handed lobbying with politicians on the behalf of other politicians. Their journalists have on live television revealed sensitive information related to anti-terror operations during terrorist attacks, which could have potentially helped the terrorists. Some of them have garnered rich praise for their ‘good work’ from terrorists like the 26/11 mastermind Hafiz Saeed from across the border. Whenever the network attracts controversy, an old article by the Caravan makes the rounds, about how the network mooched off the government to grow, by systematically cultivating contacts within it using multiple unprofessional methods.

Now it is emerging that the channel was, more than a news network or a tool for propaganda, a giant money laundering operation. The alternate media has carried several investigative articles about this, which have either warranted a sheepish denial or have been ignored entirely by the network and the rest of the mainstream media. Entire books about the network’s financial fraudulence have been published, and are available at bookshops near you. The various investigative agencies conducting raids and investigations on the network further corroborate the possibility of the alleged fraudulence. Many have wondered what sort of a business model the network has adopted, for whatever it is has allowed them to stay afloat with as little as a thousand viewers or less for an entire week sometimes. Whether the charges of money laundering stick or not, it is undeniable that the network is doing amazingly well for a company with hardly any clients.

The English television news sector was further disrupted a little over a month ago, with the advent of Arnab Goswami’s Republic TV. It is no secret that Arnab is hated by the others who make up the mainstream media because of his refusal to comply with their ways of boot-licking and collusion, and beating them in terms of viewership and popularity by a long shot nonetheless. It is here that the hypocrisy of the Indian mainstream media and their global peers who parrot them emerges. Since a little over a month, Republic TV’s reporters have been routinely abused, both physically and verbally, by politicians and their cronies mostly belonging to the opposition ranks. However, it is only when the allegedly corrupt promoters of an unprofessional network are investigated, that both the domestic and international chapters of the hypocrite brigade are triggered.

The CBI taking time out to answer back to the malicious propaganda unleashed by an international media outlet, projecting the government and its use of investigative agencies in a bad light, is a welcome move.

An answer to the newspaper’s editor by the investigative agency, underlining in detail how the newspaper misled its ever-shrinking reader base, is now up on the newspaper’s website. The Indian government setting the record straight whenever sweeping judgements are passed by halfwits sitting on another continent and oblivious to ground realities, is an excellent precedent.

The starkest logical fallacy that the believers of the ‘Modi is dictatorial’ narrative make, is that they take a bunch of corrupt self-proclaimed opinion-makers seriously when they cry foul about the government despite living in India and being ruled by the same government. Would they even have a voice if there was a real clampdown on dissidence? If anything, these spineless ‘eminent personalities’ who were patronized by the previous regimes, are viciously emboldened today. One look at their Twitter feeds and a quick glance at the lies their respective outlets publish, is enough to confirm this. Plummeting viewership and huge gains by the alternate media are indication that India does not take them seriously anymore.

The Western media should follow suit, and let this be a wake-up call.