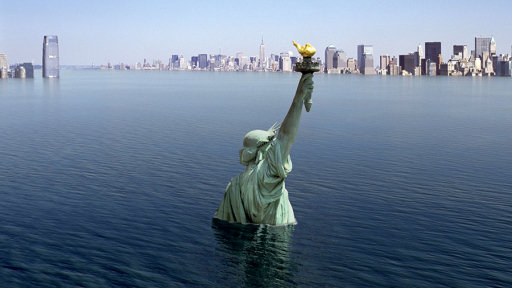 Summer is in its last stretches, the long warm days are going to give way to the cooler, soother monsoon days, the dry trees are going to spring back to life, the scorched earth is going to have a new lease of life, the peacocks are going to dance & the farmers are going to rejoice. For centuries now the rainy days have been a topic of fascination for the artists & the spectators alike, the artists have looked up to the skies for inspiration and the spectators have searched the skies in fascination, engrossed in the beauty of the mother nature. No bond in this world can be as strong as that of a mother’s to its baby, the love that a mother a has for its child can be matched by none, but what if one day the child were to wake up to the fact that her mother was no more. The sheer thought of not finding my mother scares the life out of me, who can I turn to in the hour of  need, whose compassion shall I seek in the times of despair,  whose lap will I find in the trying times !

The world leaders are selling us the idea of a better future, a richer future categorically speaking. The definition of development somehow has been confused with money, and the parameters have somehow shifted to the property one owns, the lavishness of the cars one drives & the money in one’s locker. The only loyalty in this time is money, people can kill for it, they can sell their souls for it, compassion & empathy are starting to become stuff of folklores. The extent of it can be understood from the fact that these so called leaders of the free world are selling out the very planet we have called home for millions of years and the worst part is many of them don’t show signs of remorse.

To put things into perspective let us start with the example of the rainforests in Sumatra, one of the three largest existing rainforests in the world is massively threatened, the last place on the planet to have elephants, tigers & orangutans in the wild together, is in severe danger,  the Palm oil industry has flourished in the country, bringing in a lot of money, palm oil is the cheapest vegetable oil in the world, which is used in food items, dairy items, cosmetics & even pharmaceuticals, the repercussions of the mass production has resulted in massive illegal burning of the vast rain-forests.

Indonesia is a very corrupt country, where in these companies bribe the forest officials to obtain the rights to clear the forests, without moving the wild animals beforehand, which leads to mass destruction of the ecosystem. The most disappointing part on the part of the officials is the sheer negligence, an official of the government threatened to permanently ban Leonardo DiCaprio from entering the country, when he took to the social media while criticising the government in dealing with the current scenario, this stubbornness might go a long way towards further worsening the issue.

The Amazon rainforests are the biggest rainforests in the world, they might well be called the filter of the world, it is the single largest carbon sink in the world, spanning 9 countries & covering 5.5km2 , 20 times the area of U.K. Even it has not been spared, since 1970 nearly 19% of the  forest land has been cleared for reasons ranging from mainly cattle ranching & agriculture to logging & clearing of the trees for development of  dams, roads etc. Although it can be agreed that someone of the deforestation was warranted but most of it comes down to lack of will & effort against illegal encroachment.

The perfect example of lack of political will can be found in Peru where the government passed the Law 840, which granted the right to private companies to buy the uncultivated forest land from the state, after which the state surrendered its rights of the land completely, following massive protests this law was revoked, if not we can only imagine what would have happened to the ecosystem & the ethnic population of the area.  The deforestation in Brazil has stagnated to an extent in the recent days but the situation in Peru, Columbia & Bolivia is not very positive where the graph is heavily painted in red. The most documented aspect of global warming is sea level rise, it has been reported over & over that the melting of the glaciers will lead to rise of the sea levels around the world, threatening the very existence of countries like Maldives. The melting of the glaciers is like a double edged sword, it is going to hurt us in ways many of us have not thought of, the ice present on the poles act as reflectors of sun rays, reflecting it back into the atmosphere, thus acting as natural Air conditioners for this planet. With the melting of polar ice, the energy from the rays of the sun is going to stay in the atmosphere which will lead to further increase in temperature. The ice cap on the poles increase during the winters & expand during the summers, but the deficit amongst the two is ever increasing , the consequences will also be felt by many animals that solely depend on the ice for their existence like the seals & the polar bears.

The effects of sea rise can be very well felt in the city of Miami in the state of Florida in the states, the streets of Miami are flooded multiple times during the tides nowadays, SO FAR $100 million has been spent to deal with the problem installing pumps to drive the water out of the streets to prevent flooding with another $100 million due to be spent,  but reports have shown that these can only be termed as short term solutions for the sea level rise in Miami is expected to be around 2.5-3 to nearly 6 feet according to various agencies that will render all these facilities useless, the gravity of the situation can be understood from the fact that the pentagon has declared climate change as a matter of national security danger.

The irony here is that a country like India is investing more into clean energy than the mighty USA whose president deemed climate change as a fragment of scientists imagination. He recently pulled out of the Paris climate accord on the grounds that the USA was being presented an unfavorable deal, and simultaneously accusing India of taking billions of dollars on such grounds a claim which has been proved false since.

To put simply Donald J Trump is still a businessman at heart & his policy towards global warming is the biggest proof of his commitment towards his fellow comrades & his decisions will have far reaching ramifications that might prove to be detrimental for the majority of us not long from now.

Next to China the US is the second largest emitter of green house gases, but adjusting it for the population shows that America is miles ahead of the Asian county & for all the stick the Chinese gets worldwide for their relentless manufacturing activities they are the largest investors in the field of renewable energy , they are the single largest producers of wind energy, so their efforts should be lauded & on the other hand the major problem for the US lies in its lifestyle, they are a fossil fuel addicted country, which drives on gasoline and eats beef, whose mass farming leads to dumping to tons & tons of methane into the atmosphere, if the Americans were even to move towards chicken instead of beef products,  it would cut down the emissions by multifold , but history tells us that it isn’t going to happen anytime soon, maybe what they are waiting for is a massive tsunami to gallop Florida or maybe there is a plan to wait for a massive drought to take California out completely, because the current US government seems to be a believer in cure rather than taking precautions, if only someone told them this is not a reversible process that there is no short term cure,  if the situation goes out of hand once the time might not be enough for seeking any redemptions, there might be no salvation.

If only his advisors told him, global warming also lead to climatic irregularities!!(And this man is supposedly the leader of the free world!)

It’s not a question of if , it is question of when, unless and until we the people of this planet don’t realize the urgency of the situation the task at hand will be impossible to contain, let us leave a world worth living in for our future generations. I want my daughter to see the Himalayas standing in its complete might, shinning in the light of the sun, I want my son to wander the forests of the western ghats with his friends & stare at its unparalleled beauty in awe, I want our future generations to experience what we could experience, why should they pay for something that they had never done, like our forefathers we were entrusted with the responsibility of preserving this planet and so far we have failed miserably, but its not too late my friends, this is going to be a tough road ahead but the results are going to be fruitful nonetheless , lets join hands to save this marvellous earth for all we know this is all we have!

Mansarovar Blockade, Sikkim Incursion, Claims of being Encroached, Threats of a war – What is it about India that’s making China so nervous?