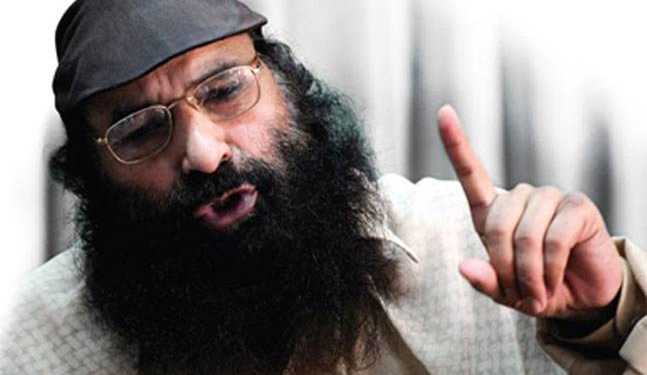 Hours before PM Modi met US President Donald Trump in Washington, the US State Department designated Syed Salahuddin as a “global terrorist”. This announcement sent a very strong message to its former close ally, Pakistan against providing safe havens to terrorists and their organizations and also says a lot about Trump’s seriousness to fight against radical Islamic terrorism in the world.

Coming at the backdrop of India-US first bilateral meet since President Trump took over, it shows how much the US President Trump wants to be in the good books of India and Modi and that this friendship is here to stay. This is bad news for Pakistan and China who have been vary of the increasing proximity between India and the US off late since it essentially means more isolation for Pakistan in the global community.

So, Who is Syed Salahuddin and how declaring him a “global terrorist” help India?

Syed Mohammed Yusuf Shah, known as Syed Salahuddin, is the head of Hizbul-Mujahideen, a deadly militant terrorist group responsible for most terrorist activities in Kashmir and throughout India. He also heads a group of anti-India militants, the United Jihad Council, whose main aim to spread Jihad in Kashmir and somehow take Kashmir from India.

In September 2016, Salahuddin has vowed to block any peaceful resolution to the Kashmir conflict, and threatened to train more Kashmiri suicide bombers and turn the Kashmir valley “into a graveyard for Indian forces.” So, basically, he is the unofficial head of the “non-state actors” that Pakistan keeps talking about. He has five sons and two daughters. Though he himself heads a terrorist organization that wreaks havoc in Kashmir and calls for Kashmiris to take up armed struggle against India, none of his own children have taken up arms and joined his movement. He’s also the one who radicalized and mentored the infamous and now dead militants Burhan Wani and Sabzar Bhat.

Salahuddin is the backbone of the Hizbul-Mujahideen and runs the operations from Pakistan with complete support from Pakistani army and the ISI. He is the living proof of Pakistan’s open support to terrorist organizations against India and the world. However, it was not just the Pakistani army, the government and the ISI that was providing tacit support to Salahuddin, but certain foreign individuals and groups living in the US, and the gulf countries such as Saudi Arabia, UAE and Qatar by means of financial aid for their terrorist activities.

Apart from that, various funds that Pakistan authorities received from the US were diverted to support Hizbul-Mujahideen and its terrorist activities. Now, designating Salahuddin as a “global terrorist” is directly aimed at cutting this direct and indirect foreign financial support to him, Hizbul-Mujahideen and all other terrorist organizations he is a part of.

This move will prohibit US citizens from engaging in transactions with Salahuddin. They also said the designation will block Salahuddin’s properties, bank accounts and interests in property which lies under US jurisdiction. In UN, such individuals are called “Foreign Terrorist Fighters”. Once designated by the UN, the financing of such individuals is criminalized and are binding on all member States of the United Nations.

It is public knowledge that Salahuddin ran to Pakistan before becoming the head of Hizbul-Mujahideen and lives there ever since. He was even seen with the 26/11 mastermind Hafiz Saeed days before Union Minister Rajnath Singh made a visit to Pakistan last year. So, US declaring him as a global terrorist also serves as a warning to Pakistan against providing safe havens to terrorists in the state. It also exposes Pakistan and vindicates India’s stand against Pakistan in front of the world.

Now, the entire world knows and acknowledges the fact that all the most-wanted terrorists in the world such as Osama Bin Laden, Mullah Omar, Syed Salahuddin, Dawood Ibrahim found shelter in Pakistan and that any terror activity around the world has some connection to this unstable nation. Thus, it helps in garnering support from the other corners of the world for the Indian cause of isolating Pakistan on all fronts until it gives up its love for extremism and terrorism.