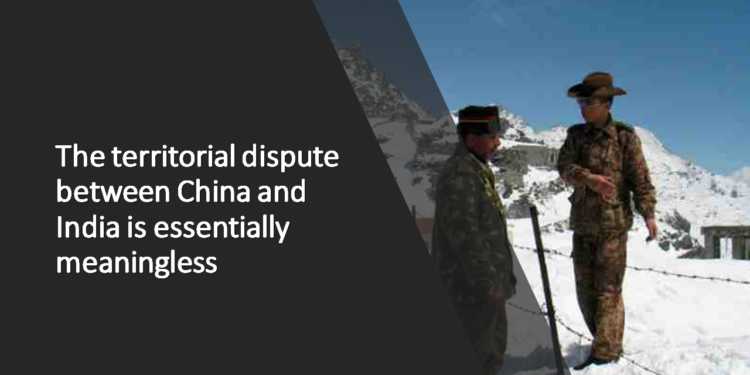 China, world’s second largest country shares a land border with 14 sovereign nations. Apart from land borders, China in some ways might also be considered to border nations with which it shares a maritime frontier. As on date, China has border disputes with a whopping 18 of its neighbours. From Japan to Russia, from India to North Korea, from Philippines to Mongolia, China is embroiled in border disputes with almost all of its neighbours. Some of these disputes have been serious enough to result in outbreak of hostilities, as happened most prominently with India in 1962, Soviet Union in 1969 and with Vietnam in 1979. These wars, while not always ending to China’s advantage, have cemented its reputation as a global bully. China has made territorial claims on its neighbours based on obscure and debatable treaties signed during its imperial era. There is good reason to discard such claims. Be that as it may, at the dawn of modern era, there was no China as we know it today. There was the land of Mongols to the North, the land of Manchus to the North East, the land of Tibetans to the South and the land of Uyghurs in the West. The Chinese state, decimated by European conquests and Japanese aggression exercised control to varying degrees on all these territories.

Tibet for instance had long slipped out of China’s control. Only lip service was being paid to Chinese overlorship over Tibet. For all practical purposes, Tibet was free of Chinese sovereignty. Nothing else can explain how the British audaciously managed to sign a pact with the Tibetans, in spite of Chinese displeasure, getting them to cede Tawang and present-day Arunachal to British India. The Chinese representative at the meeting did not sign the pact but the agreement was implemented nevertheless. Eventually, the Communists overran China and autonomous areas such as Xinjiang (which had even been East Turkestan republic in the past), Tibet and other non-Han realms. Once in power, the Communists created a false ‘One China’ narrative, using population transfers to increase the share of Han Chinese in what were formerly non-Han areas. For instance, Xinjiang today has nearly 40% of its population made up by Han Chinese. Similarly, Sinicization of Tibet has resulted in widespread rupturing of demographic realities on the ground.

China’s assertions over large tracts of territories belonging to India is based on two claims. One is that borders between India and Tibet were never clearly demarcated and the current borders result from British colonial settlements with Tibetan government, which itself had no rights to conclude such agreements. And second, that at some point of time the claimed territories belonged to Tibet, which belonged to China, ergo India must cease such territories. The state of Arunachal Pradesh is one such territory. Also referred to as ‘Southern Tibet’, Arunachal, especially Tawang had historically never been a part of Tibet, even though there were cultural similarities between itself and Tibet. Politically too, the whole region was governed by tribes, some of which followed Buddhism, while others were Animist or Hindu. Lately, there has even been wholesale conversion of many of these tribes to Christianity. It was only when the British concluded an agreement with the Tibetans in 1914 that Arunachal became a part of India. Since then, unlike other North-Eastern states, Arunachal has been an oasis of calm. There exists no support for China’s designs and in fact, the population has wholly and definitively cast its lot with India.

With the eyeball to eyeball confrontation at Doklam, China has been steadily upping the ante. In fact, even before Doklam, China had renamed some towns in Arunachal Pradesh to reflect Chinese place names. Unfortunately, India, while boldly resisting Chinese attempts to change ground realities, is handling the situation in a cool and measured manner. Unable to bully India with threat of war into ceding ground, Chinese are now realizing that their aggression may boomerang badly on Chinese interests. There is also an understanding perhaps, that any war between India and China is unlikely to be a cakewalk for the Chinese and that any war might ruin China’s carefully built image of a strong nation.

In this article here, a Chinese scholar mentions that China should let go of its claims on Arunachal, lest it result in a war that strengthens the separatist spirit in Tibet.

“The territorial dispute between China and India is essentially meaningless because this disputed territory for India and China, not only difficult to develop but the moral, economic, political and management costs are extremely high” He further added.

For all its posturing, the Chinese realize that it is in their strategic interest to avoid war with India at all costs. Perhaps it would be preferable for the Chinese to keep border issue simmering but to force a war over a sparsely inhabited and remote area would result in economic and military costs that China can do without. Were China to be exposed as a paper tiger before rest of the world, history would repeat itself and China would find itself pushed to the wall by its numerous neighbours. Such a situation could very well weaken the Communist party’s hold over the country. Now that is a proposition China’s leadership would do well to avoid.

What? US military isn’t in any position right now to strike North Korea