Israel was Ignored by India for Far Too Long, PM Modi embraced Israel. Now the Results are here 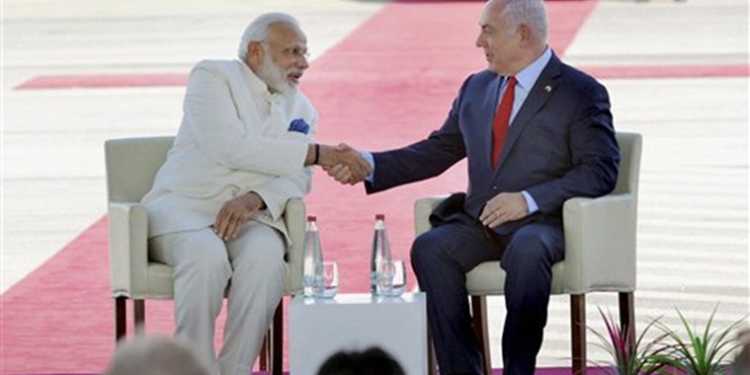 When Indian Prime Minister Narendra Modi landed in Tel Aviv, He created history by becoming the first Indian prime minister to visit Israel. And the grandeur in which he was received by Israeli Prime Minister Benjamin Netanyahu, It remunerated the 70 years of delay.

The visit was very important for both the countries. Mr Modi called the visit “ground-breaking” as he met Israeli Prime Minister Benjamin Netanyahu and PM Netanyahu tweeted:

My friend Indian Prime Minister @narendramodi, we have been waiting for you for a long time. Welcome to Israel! pic.twitter.com/crnpi33OMs

Both together signed 7 agreements on areas including space, tech and agriculture.

The cabinet on 30th August 2017 approved memorandum of understanding signed between India and Israel to set up funds for industrial research and technological innovation.

“The union cabinet chaired by Prime Minister Narendra Modi approved a Memorandum of Understanding (MoU) between India and Israel on ‘India-Israel Industrial R&D and Technological Innovation Fund (I4F)’. The MoU was concluded in July, 2017,” an official statement said.

India and Israel will make a contribution of USD 4 million or about Rs 25 crore each for the fund annually for five years, which will be governed by a joint board comprising four members from each country.

“The MoU envisages promotion of bilateral Industrial R&D and Innovation cooperation in the fields of science and technology by extending support to joint projects for innovative or technology-driven new or improved products, services or processes,”

Such projects, it said, will lead to affordable technological innovations in focus areas of mutual interest such as

Institutional support in building up consortia, including private industry, enterprises and R&D institutions from India and Israel, will be enabled through these collaborative projects.

The activities supported by this joint fund would increase the techno-economic collaboration between the two countries by investing in jointly developed technology projects and collaborations based on technological innovation, it said.

It would also provide a comprehensive set of support tools to encourage joint projects that convert “know-how” into “show-how”.

Agriculture in Israel is a highly developed industry: Israel is a major exporter of fresh produce and a world-leader in agricultural technologies despite the fact that the geography of Israel is not naturally conducive to agriculture. More than half of the land area is desert, and the climate and lack of water resources do not favour farming. Only 20% of the land area is naturally arable .In 2008 agriculture represented 2.5% of total GDP and 3.6% of exports.

For a country like India which has favorable condition, soil and water its will be a real boost and can bring “Green Revolution again”. PM Modi has emphasised his focus on Green, White and Blue Revolution already and this MoU can boost the progress further.

The world’s problem with water isn’t that it’s disappearing. The water is there. The problem is that in many areas, growing populations have less and less water per capita because of crumbling infrastructure leading to massive leaking; short-sighted and self-interested water management, leading to egregious waste, and polluted groundwater. Can ideas from Israel really help solve these problems at a planetary level?

Yes, because in a process lasting decades, Israel achieved something unique. It largely separated its water consumption from Mother Nature. Israel doesn’t have some one-stop-shop magic solution, neither desalination (which it didn’t invent) nor some breakthrough dreamed up by geniuses in garages. What it has is holistic, centralized water management, designed over decades, from which thirsty areas from California to Egypt and Sahara to Thar can cherry-pick ideas.

These MoU will give water starving states a new life line.

The use of solar energy in Israel began in the early days of the state. In the 1950s, Levi Yissar developed a solar water heater to address the energy shortages that plagued the new country. By 1967 around one in twenty households heated its water with the sun and 50,000 solar heaters had been sold. With the 1970s oil crisis, Harry Zvi Tabor, the father of Israel’s solar industry, developed the prototype of the solar water heater now used in over 90% of Israeli homes.

Israeli engineers have been at the cutting edge of solar energy technology and its solar companies work on projects around the world. Israel’s goal is to produce ten percent of the country’s energy from renewable sources by 2020. Which Indeed syncs with PM Modi’s dream India. As he has personal interest in renewable energy and this will also help India to develop indigenous cutting edge technologies and decreasing reliance on china.

The ‘Exact’ Reason that made China flee from Doklam