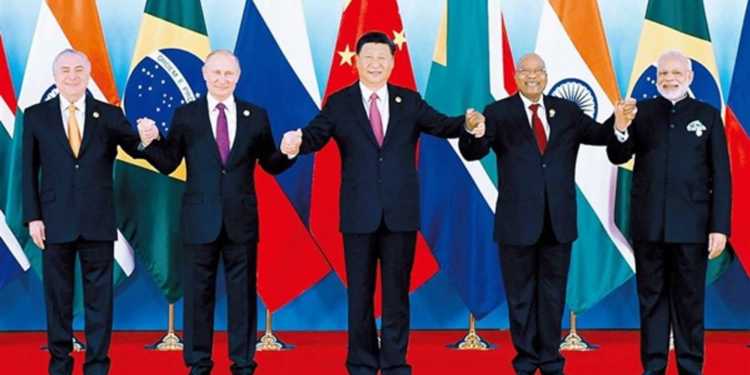 Pakistan as we all know is a safe haven for Lashkar-e-Toiba (LeT), Jaish-e-Mohammad (JeM) supporting and aiding them with the help of ISI. There is ample evidence now with the arrest of Iqbal Kaskar brother of Dawood Ibrahim in Thane. He has confirmed the presence of Dawood in Pakistan. With the BRICS bracketing LeT and JeM with the global terror groups like Al Qaeda and ISIS, the countries in the past had denounced terror but had not spoken about presence of terror havens or acknowledged India’s statements in a summit as big as BRICS. This brings a new low to Pakistan’s foreign engagements.

The first significant problem to Pakistan came from within itself, while Pakistani Defense minister Khurram Dastgir Khan rejected the BRICS declaration, his own colleague, foreign minister of Pakistan Khawaja Asif in a program told that they have to make a clean break from their past, hinting their support to terror groups in the past (and present).

Khawaja Asif even questioned the measures taken by Pakistan on its fight against terrorism, which further exemplifies the unease faced by his ministry in engaging with other countries, especially China on it’s One Region One Belt (OROB) – which significantly passes through Afghanistan who is blaming the terrorist attacks in their country on Afghan Taliban, which is housed in Pakistan. Until now, China was privately pushing Pakistan to mend its ways, but since the BRICS declaration, it seems even China’s patience is reducing by the day.

This declaration was just after August 21st speech by Trump, in which Russia played a major part in convincing Beijing to name LeT and JeM, shows the private relations between Pakistan and Russia is not all that well.

The culmination of BRICS declaration could have a negative impact on the foreign engagements, thereby reducing their already reducing FDI from countries besides China, the new BRICS declaration could put off other countries who might have wanted to engage with Pakistan. Besides the financial impact, the security engagements with Russia is also severely impacted who want to involve India in Afghanistan peace process which Pakistan is vehemently against.

All this proves the alienation of Pakistanis in international community, if the GDP growth reduces post BRICS declaration, then it might provoke some reaction on the proxies and the infamous house arrests of the leaders namely Hafeez Saeed, Azhar Masood. Beyond this, if it wants to have better relations with the international community, it will slowly start dismantling these organisations that harbor terror across the border, both India and Afghanistan which faces the maximum brunt. If more sensible questions from people like Khawaja Asif start emanting publicly, it might force the strong military leadership and ISI to show some action against the proxies, but as of now, in the past 3 weeks, there seems to be no reaction yet.