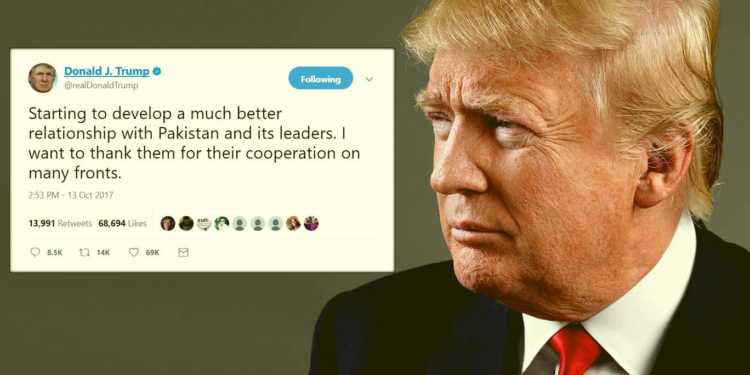 One of the key aspects of the of US-Pakistan-Taliban axis has been the exceptional duplicity on parts of each of the players, but of course the crown has long been with Pakistan which provided the plausible deniability to the other two powers as they pursued their ambitions while sacrificing their stated values at the altar of opportunism. To be honest, of the players, it’s hardest to accuse Taliban of being double faced, as even as it went about its business of establishing a Emirate, if not an outright Caliphate it had been relatively straightforward about its aims and the Islamist moorings of its endeavours. Of course, they were sourcing weapons and money from the hated Evil Empire controlled by Jews of Israel, but they left most of the necessary taquia to the Pakistanis and never really allowed the temporary insult of depending partially on the filthy kafirs to change either their speech or on ground behavior.

US of A, then would take the runner ups medal in the list. Till 9/11 made it impossible to continue with the sham, US supported virulent Islamist terrorists as freedom fighters choosing to establish their traditional ethnic way of life against the totalitarian communists. Of course, everyone with a modicum of honesty and awareness knew that this was a laughably fake prop for the great game, but nevertheless, it allowed US to have a policy in line with its stated ideologies to sell the same to a large part of its population. In addition, most of the real action was done at arm’s length through the Pakistanis, who ended up easily being the best in this game by far.

This has been acknowledged not only by their enemies, but by their closest friends the Taliban, leading Mullah Zaeef, a former Taliban’s ambassador to Afghanistan to say this about Pakistan; “Pakistanis can get milk even a bull. They have two tongues in one mouth, and two faces on one head so they can speak everybody’s language; they use everybody, deceive everybody. They deceive the Arabs by using the name of Islam, they milk America in war against terrorism and they have been deceiving Pakistanis in the name of Kashmiris, but behind the curtain they have been betraying everyone”.

Fascinatingly this is no longer only the observation of world at large, but even members of civilian political establishment in Pakistan openly talk and write about it in their country’s notoriously closed media. It is no longer even a question that Pakistan has a state within a state in terms of the military establishment, but there exists in form of ISI-Jihadi nexus, a deep state within the deep state, and even the core deep state is completely opaquely controlled, by a combination of pan-national Islamist networks funded and supported out of West Asia, Pakistani military officers of ISI and the local Jihadi networks. In turn the members of succeeding inner circle of Pakistan feed the outer circles with power and prestige and provide stability to rapidly crumbling political edifice.

In this deeply interlinked shadow world of Pakistani polity, the lines between good and bad Taliban, between Army and Taliban, between a civilian governor and an intelligence asset, freely cross over. It is impossible to find delineations as contemporary democratic nation-state polity have come to expect from a functioning state. In this deeply enmeshed incestuous relationships, the actions by good (or bad, depending on the season) Taliban on Navy, or by Army on an Islamist stronghold like Lal Masjid or a member of Afghan Taliban turned over to US are not to be seen as independent ideological entities taking a stand against one another, but a factional fight within the pack to be top dog for the time, before the next top dog takes over, while throughout the pack is not really changing its fundamental approach towards the rest of the environment.

A favoured tactic in this game of running with the hare and hunting with the hound has been to shelter the key elements of Taliban within Pakistan or parts of Afghanistan and continue to use them as strategic assets, while at the same time giving a few juicy targets up to Americans once in a while as a candy to a tantrum throwing child. This pattern has been repeated ad-nauseam with Pakistan giving up a small leader of the Haqqani network, or run a minor border skirmish in the name of fighting terror, while in reality drawing the Islamist assets ever closer into the mainstream of Pakistan.

The latest replay of its time-worn episode is playing out as we speak. There had been tremendous hope within the world community, including geo-political watchers in India and a disillusioned domestic constituency in the US and the rest of western world that the coming of Trump would “break the wheel”, to use a phrase from popular Game of Thrones series which seem to mirror the situation well. There were positive indicators early on that the new administration in US had enough of the duplicity which had ceased to be useful to American interests and were dragging US down in the cesspit of Pak-Af turmoil.

Strong messages coming out of US, with ex-senators asking for de-nuclearizing Pakistan, statements from their President asking Pakistan to give up safe havens and strong statements by members of the cabinet in senate hearings led to expectations that US had finally fully understood the folly of working with Pakistan and the country would move into an axis-of-evil slot in American scheme of things, like Iran was and North Korea is.

Sadly, all it took was a feint of compliance by Pakistan, giving up a very minor prize in the form of a Canadian held hostage along with his family by the Haqqani network, to earn the good favor of US administration once again.

Richard Armitage’s strong arm message and Pakistan’s ostensible capitulation seems almost a real act compared to the terribly tiny tale Trump managed to coax out of Pakistan. For all the thunder and lightning his prior anti-Pakistan storm had, it did not take much to turn the clouds into a gentle rain of promise of improved relationships overnight. This is not to say that Trump has been the first one to be willingly fooled, even with “with us or against us” bombast, Pakistan managed to whisk out the entire Quetta Shura right under the nose of Americans, nay in alignment with and support from them during the Kunduz airlift. However, one did expect that Trump with his plain speak of draining the swamp was not going in for the Kabuki theatre of the foggy bottom, but as it turned out, the US deep state was as effective in controlling its president as the deep states of Pakistan have been in running their political puppets.

While the conjuring trick of pulling out the hostages out of a hat to give Trump something to play with was going on, another the sleight of hand was underway where a US designated terrorist Hafeez Saeed was well on his way of being rehabilitated. The terror changes against him have been dropped, and his notional house arrest, a sham in the first place, is being dispensed with. Of course, the fun does not stop there, there is every likelihood that Hafeez Saeed may go on to form a new political party, which is very likely to do well in the next elections in Pakistan, either by itself, or in conjunction with Imran Khan’s Tehreek-e-Insaaf.

These changes are necessitated in the Pakistan polity since the Army now finds Pakistan Muslim League-N (PML-N) ineffective in providing the political cover needed for the deep states of Pakistan and PPP had fallen foul of Army in the Benazir era itself. The feudal interests represented by old stream of politicians were not able to manage the duality of hiding extreme Islamism of Pakistan with the moderate face they were expected to project internationally on its behalf. On the other hand, an Imran Khan hiding his virulent Islamism under the veneer of his International cricketer image would be far more effective in being a mask that is being sought, with the population finding it much easier to rally behind him and Jamat-ul-Dawa for reasons of charisma and ideology than rich kleptocrat Maliks of the old.

Of course, the Feudal class also is part of the deep state and has the support of the theocracy at a broader level, so it would be wrong to see it as a sort of socialist movement with Islamic overtones that these power shift would inevitably be dressed up as, but more as realignment of roles by the Pakistani polity to deal with the increased awareness of its duplicity while at the same time providing a strong foundation to its overtly jihadist part. Thus, once again, the dual game that Pakistan has perfected played out, with one hand making trivial gestures of peace, while the other pushed the dagger deeper. In fact, through these rinse and repeat cycles of moderate noises and at the same time giving Islamist Jihadis are stronger place in Pakistan polity, the one mega trend that is clear is the steadily growing obvious Islamization of Pakistan as a whole.

From 1947, when Jinnah laid the foundation of an Islamic state with sharia based laws while pretending to form a democratic country, to an increasingly theological state where the most “moderate” face finds nothing wrong in working with the face of genocidal terror in form of Hafiz Saeed, Pakistan has come a long way. It is increasingly less embarrassed of the Wahhabi Islamic ideology underpinning the foundation of the state, and is more openly willing to incorporate Jihadists directly into government structures without the need for moderate masks as intermediaries. The whisky drinking classes living the good life are not hunted out, but like old Mughals are allowed these deviances within private with the public spaces getting more and more formal. The space for westernized Islam is shrinking as there is a greater focus on its West Asian original roots, and the westernized power brokers are allowed their life as long as they are useful for the overall goal and don’t pretend and seek to have an independent influence on society.

So that brings us to the inevitable question, what next? What can bring a change to this dreary cycle? Can the wheel be broken? What does the future hold? There are no clear answers of course, as it is always difficult to make predictions, especially about the future, however we can examine the various possible story arcs, but they would need a full analysis of their own to follow on to in the next part.