Justin Trudeau will defeat ISIS with Love and Liberalism 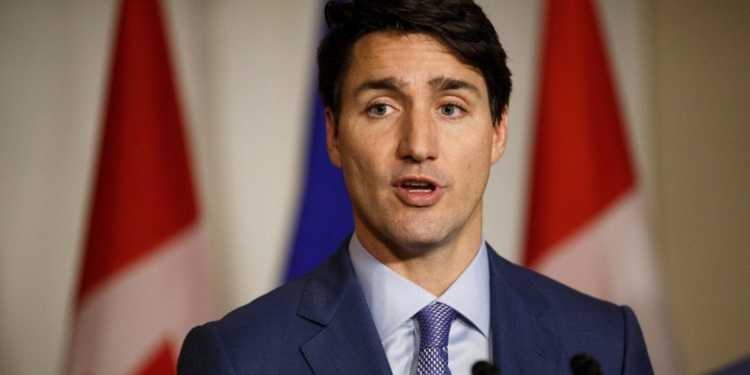 ‘Don’t label ISIS folks returning to Canada as Islamic terrorists. They should be addressed as ISIS fighters…….. I refuse to consider the atrocities

In case you were wondering whether Rahul Gandhi has now switched to international politics as a means of countering the aura of PM Modi, you’re in for a relief. It’s not Rahul Gandhi, but his distant ‘brother’ [by habits only], who is making a laughing stock of not only himself, but the entire nation he is representing as the incumbent Prime Minister of the same.

Now imagine a smart young man, who is nearly a lookalike of Tom Cruise. Gift him with some oratory superpowers, add a pinch of liberalism, and place him on the highest pedestal of Canadian politics and Bingo! You get the ‘handsome’ hunk named Justin Trudeau, the incumbent Prime Minister of Canada, and unofficially, Rahul Gandhi’s long-lost brother, when it comes to exhibiting some sharp political acumen. Going by his current views on international politics, one can be convinced for sure that the RaGa syndrome [where one is all gas, no substance like Rahul Gandhi] is just not limited to India, but is now a rampant epidemic that is inviting some serious trouble on a political note.

In an extremely bizarre decision, Mr. Justin Trudeau has decided to ‘reintegrate’ 60 Canadian recruits, who had left the country to join the dreaded terror organization, the Islamic State (ISIS), into the mainstream. That’s not all, in the Canadian House of Commons, the Canadian government introduced a bill named C 59, which will address the ‘problematic elements’, as imposed in the 2015 Anti Terrorism Bill, implemented by the previous government led by Stephen Harper.

Why is this bill so bizarre? This is so, because the bill, in the name of addressing ‘problematic elements’, is actually paving way for the withdrawal of Canada against the fight with Islamic terrorism, in the name of protecting the ‘valuable human rights’.  Going ahead with this plan, the Canadian government has not only called for a rollback of the fighter planes involved in action, but also voted overwhelmingly against the Conservative Party’s motion of declaring the atrocities of ISIS on hapless innocents as genocide

Did I hear that right? Yes, I did. A seemingly empathetic and liberal government, headed by an exquisite product of nepotism [You heard that right, Justin Trudeau is the son of ex PM Pierre Trudeau] is ready to give up its fight against the Islamic terrorism, and worse, ready to ‘reintegrate’ some 60 of those terrorists, who can be a potential recipe for further disaster in Canada. As per the official reports, the Trudeau government has launched the Canada Centre for Community Engagement and Prevention of Violence which “helps to ensure that resources are in place to facilitate disengagement from violent ideologies.”

To cut the long story short, Mr. Justin Trudeau has decided to adopt the Gandhian way of dealing with terrorists, i.e. ‘reform’ them by showing gratitude, love and tolerance towards them. Has this guy totally lost it? Doesn’t he know what happened to those poor young souls, whose throats were brutally ripped apart by sadistic terrorists of ISIS at Dhaka Café, just because they didn’t know verses of the holy Quran?

No wonder the bizarre proposal wasn’t passed without any criticism. Opposition leader from the Conservative Party, Mr. Andrew Scheer, lambasted the Trudeau government for resorting to over idealistic methods in terms of dealing with national security. He doubted the intention of the government, on whether they were actually trying to reform the 60 ISIS recruits who had returned to Canada, or preparing the ground for further terrorist attacks.

This is not the first time that Justin Trudeau has resorted to such tomfoolery.  Almost a year ago, when Cuban dictator Fidel Castro passed away, Mr. Trudeau composed a compassionate obituary in his memory, lauding him for his magnetic personality and charismatic leadership, while conveniently ignoring the grim reality that Castro had reduced Cuba to till the time he retired from the dictatorship. Worse, Justin Trudeau is also notorious for issuing orders to prosecute

If this was enough, the Trudeau government also took the wrong decision of messing with the Indians, when Tejinder Singh Dhillon, a decorated ex CRPF commandant, was wrongfully denied an entry into the Canadian territory, on the laughable grounds of ‘hailing from an organization, that is accused of violating human rights’. Yes, a man, who devoted his entire life to the service of India, was denied entry into Canada, just because he was fighting against the dreaded Maoists, and thus ‘violating human rights’. One should therefore not be surprised if this man one day endorses the idea of Pagan terrorism, i.e. anybody except a Muslim can be a terrorist. That way, he will stamp authority over the fact that people like Rahul Gandhi are not India’s exclusive entity anymore.

Besides, except for his face, nothing is rosy in Canada anymore. The spate of terror attacks is increasing furiously at a breakneck speed, and almost 8-9 out of 10 such attacks are being conducted, either actively or passively, by hardened Islamic extremists. Yet, the level of ignorance the Canadian government is feigning is only preparing a sure shot recipe for disaster,  on apparently the same lines, as the new hotbed of Islamism, Sweden is witnessing these days, and we shouldn’t be shocked if Canada becomes the next terror hub after Sweden and Pakistan. Besides, Justin Trudeau also has a penchant for Khalistani sympathizers, and apparently one of them is also his Defence Minister!

Justin Trudeau is probably the worst example of ‘looks being everything’. Be it celebrities, or well bred, polished intellectuals, everyone is drooling over this guy, just because he is good looking. Other qualities like wisdom, experience, political acumen, connection with the masses etc. can go for a toss, as long as the candidate is qualified, well educated and a perfect substitute for a fashion model. By that logic, even Rahul Gandhi deserves to be the Prime Minister of India. But do they really deserve it?