Putin is Not Retiring from Russian Politics. He is Coming Back, Mightier than ever! 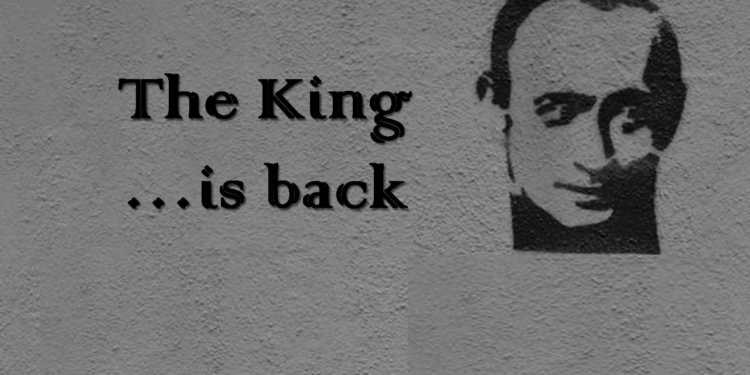 “Putin has one idea: to essentially build a monarchy and be president for life” alleged Alexei Navalny, the anti-corruption activist when Vladimir Putin announced that he will seek re-election as president of the Russian Federation next year. Standing on the factory floor of Russian carmaker GAZ in the city of Nizhny Novgorod last week, Putin gave a speech adorned with references to Moscow’s triumphs in World War II. There was an exhibition of symbolism.

The factory is a symbol of Russian’s industrial might, and Putin found an enthusiastic audience in the blue-collar workers who make up the core of his base. Apart from this, the car factory is one of the country’s most emblematic industrial giants. It was built during the Soviet industrialization drive in 1932 and has churned out millions of vehicles, from vans and military trucks to Volga sedans and luxury cars for the Soviet elite. If Putin wins the election he would become the country’s longest-serving leader since Joseph Stalin, the mass murderer. The election for a six-year term is expected to be held on March 18, the third anniversary of the annexation of the Crimean peninsula from Ukraine.

Mr Putin has no real challengers and is expected to win election with a comfortable margin. Some of his opponents are Communist Party leader Gennady Zyuganov (who has yet to confirm his candidacy) and Liberal Democratic Party (LDPR) leader Vladimir Zhirinovsky who have contested and lost several presidential elections in the past. Opposition leader Alexei Navalny has been barred from running because of a prior conviction for embezzlement. His supporters allege his conviction is politically motivated. The only notable challenger to the electoral race so far has been opposition journalist Ksenia Sobchak, who has been dismissed by experts as a “spoiler candidate.” There are rumors that she is planted by Putin himself and her candidacy is meant to split the opposition vote.

However, it is another thing that the turnout is expected to be low. Only 58 per cent of respondents to a poll by the independent Levada Center said they planned to vote. Out of those 67 per cent backed Mr Putin’s presidency. With no clear plans for a successor, his candidacy was considered a foregone conclusion. A delay in announcing his candidacy had, however, casted a doubt about his future in the Kremlin.

Although Putin has been demonized in most Western media (latest case of the so- alleged Russian involvement in U.S. elections) he is widely viewed within his own country as a strong leader who has stood up against US hegemony and re-strengthened Russia’s position in the post-Soviet world.

According to various state and independent polls, his approval ratings are consistently over 80 percent, which make him among the most popular leaders in the world.

Putin has been in power in Russia since 2000. He has served two presidential terms during 2000-2008, and then shifted into the prime minister’s seat because of term limits in Russian constitution. Even when in Prime Minister Office, he still called the shots while his friend, Dmitry Medvedev, served as the placeholder president. On Putin’s instructions Medvedev altered the president’s term to six years and then stepped down to let Putin reclaim the office in 2012.

With Blue Collar workers throwing their weight behind Putin, the Russian oligarchs too have pled their allegiance to Putin. Because of sanctions imposed by US and other western countries, these Oligarchs have suffered financially over the past three years. In 2014 alone, twenty richest individuals in Russia lost a total of $62 billion due to a combination of low oil prices and sanctions. One wonders, why do they still back Putin? The answer is the Russia’s use of carrots and sticks policy to bind the oligarchs more closely to the regime.

The Putin administration has spent lavishly to convince the heads of the business community that it is not only a popular, competent, but also merciless government that faces no real alternatives to its hold on power. Oligarchs in Russia are now more consumed by domestic politics than ever. They are dependent on government action to protect and grow their wealth. Also, the Russian government has spent incredible resources to directly compensate oligarchs for their financial losses. Massive infrastructure contracts such as bridges and pipelines find their way into the hands of the connected elite, while import substitution policies in sectors such as agriculture help create enormous profits for investors. Government bailouts to the tune of tens of billions of dollars have stabilized balance sheets, while the state has also taken over toxic assets such as those gone unused after the Sochi Olympics. The generosity of the government comes with strings attached.

Mounting a challenge to the regime requires coordinated action from powerful elites, who must bond together to bear inevitable retribution by Kremlin. The Putin administration has acted forcefully to deprive oligarchs of any autonomous institution that could help organize political cooperation which could pose him a challenge. Without such organizations, oligarchs will remain burdened by their own personal conflicts and will not be able to draw on their collective power, while seeing little benefit from striking out on their own. In other words, Putin benefits by the infighting within the Oligarch camp.

Not to forget, the annexation of Crimea, military adventurism in Ukraine and Syria has successfully rallied the Russian populace behind Putin. With iron grip over domestic media, propaganda that the Putin administration is turning Russia to a great power (stronger than Soviet Union) is echoed in every home.

With all these factors one can conclude Putin is not going anytime soon and ‘Winter is coming’ for the west.