How Sri Lanka’s Hambantota became a Colony of China 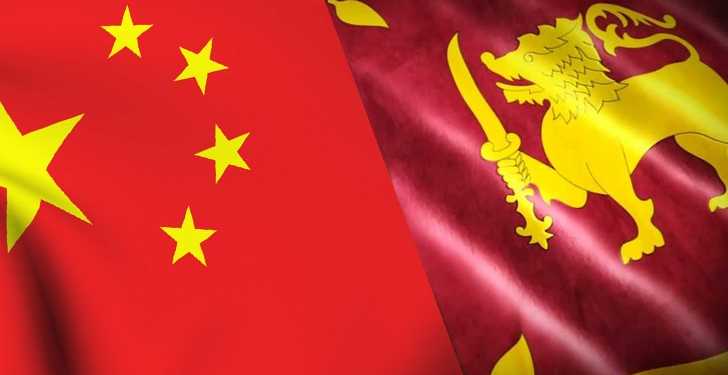 Last week, after a long and arduous process of deliberation, helpless negotiations and amidst severe opposition from domestic as well as international fronts, our neighborhood island nation Sri Lanka formally handed over the Hambantota port to the people’s republic of China. This is a big statement. Of course, it’s not the official line by press releases of both the countries involved. But whatever vocabulary they chose to use, however much they try to wrap it in glossy packaging and put little Chinese bows on top of it, they are fooling no one.

Sri Lanka owes a staggering debt of 8 billion dollars to china. With 90% of the island nation revenues going for debt payments and a dismal 3.5% growth rate (2016) it had its hands tied. Readers will wonder how did it come to that, but for international experts who have kept a close watch over Asia Pacific region, this was no surprise. Many predicted it long back.

The Hambantota deal was valued at 1.1 billion USD. By this agreement 70% of the port’s stakes and ownership now belong to state owned China Merchant ports holdings company. The deal was initially struck out at handing over 80% stakes but amid severe protests on domestic and international fronts, it was finalised at 70%.

Hambantota Port project has seen protests from locals and continued objections from neighbouring countries. After repeated raised concerned by India, Sri Lanka managed to stop china from using it as a naval base. Critics have long stated the port is a compromise with Sri Lanka’s sovereignty. As seen with Pakistan’s CPEC, in Hambantota port, all contracts are owned by Chinese companies, jobs are provided to Chinese workers and now the port and its adjacent economic zone belongs to china. As anyone would have guessed, native Sri Lankans get no benefit from it.

Sri Lanka’s current Prime Minister, Ranil Wickramasinghe issued a statement at the formal handing over ceremony last weekend: “with this agreement, we have started to pay back the loans. Hambantota will be converted to a major port in the Indian ocean. There will be an economic zone and industrialization in the area which will lead to economic development and promote tourism. “Sadly, not many of his own countrymen are buying this candyfloss. They have their reasons.

Hambantota lies 240 kms away from Colombo. It was a small fishing town with barely 20,000 people in the general area. Interestingly, it was also the home constituency of the former president of Sri Lanka, Mahinda Rajapaksa.

The country has been raged with nearly 26 year long civil war with the LTTE. After the brutal and bloody crushing of the rebels under the Rajapaksa regime, the then government was heavily criticised in international circuits. No country wanted to invest in it. UNHRC was furious, Rajapaksa was branded a ruthless ruler. China and Pakistan supplied arms and ammunition during the anti -LTTE operations. Rajapaksa was also infamous for several corruption charges and nepotistic policies. He wanted rapid economic growth and a legacy for his own family. His brothers, his son all were cabinet ministers.

China saw an opportunity. Not only did the Chinese granted Sri Lanka unprecedented amount of money, they were also lenient in the matters of viability of the projects and Sri Lanka’s ability to pay back. Hambantota , the adjacent economic zone, a swanky highway, a 35,000-seater cricket stadium and an over the top airport some 20 miles further inland, advertised as a modern marvel of infrastructure and the Colombo port city zone came together at a Whopping cost of 8 billion USD.

The said airport is another depressing reality. Mattala Rajapaksa international airport is designed to handle a million passengers a year. What it sees is barely a dozen workers per day. The only way it makes money is by renting out space for rice storage. The only time it saw any action was when 350 security personnel had to storm out armed with firecrackers (that’s right, firecrackers) to chase away wild animals swarming the area.

The port is widely regarded as non-viable. In fact, India has earlier maintained the stand. Rajapaksa had tried to defend his pet projects several times by saying India was simply uninterested to invest in Hambantota. Experts were of the opinion India was wary about the viability of the port. And moreover, India was simple uninterested to invest in such an extravagant project just to “bolster Rajapaksa’s ego. “China after the deal of 70% ownership of the port has declared it will further invest another 700 million USD for “development and viability “of the port.

That China’s money is coming with impending Chinese ownership of their land was not a secret for the Sri Lankan public. Major Buddhist factions oppose it. Several ministers including then minister of ports Mr. Arjuna Ranatunga (former cricketer) were all vocal about the economical incapability of Sri Lanka to pay back the Chinese. A barren highway, an empty port and a lonely airport is only testimony to the staggering burden it has been for Sri Lanka. What more, as per the agreement, Sri Lanka cannot even undertake lumbering activities in the adjacent areas. Some “economical advantage “indeed!!!

China has been asserting and gradually thumping its control over the Indian ocean region. It happened with Djibouti, where china established a strong naval base, to south china sea where china built artificial islands and claimed territory. As has been widely acknowledged the Belt and Road Initiative (BRI) or the glossy name “old silk route” is only a rue. China is securing passages for middle eastern oil and asserting absolute control over the Indian ocean and Asia Pacific region through the strait of Malacca. Sri Lanka has just been a hapless victim in a grand scheme.

But course, after India expressed concerns, Sri Lanka managed to ensure that China cannot convert Hambantota into a naval base and Sri Lanka will control the security at the port and economic zone.

But that is only a small relief. China has long since shown that submarines and naval base is not the only way to establish control. China’s sly tactics to acquire Hambantota has now put other economically backward countries like Nepal, Myanmar into cautionary mode. How much China asserts its power and controls the Indian ocean region and what steps India takes to thwart it is something the whole world is waiting to watch.