By Voting against Israel, Government of India has invited Backlash 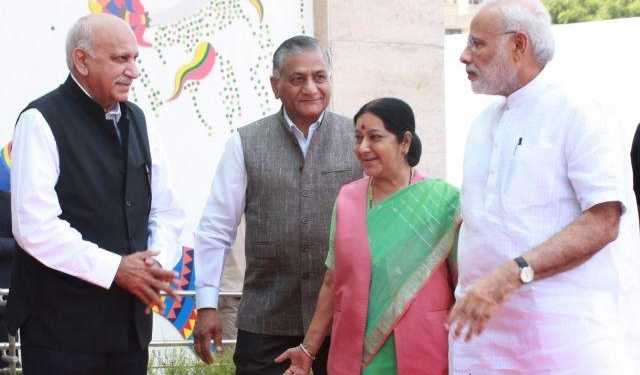 On 6th December 2017 Trump announced his decision to shift U.S embassy to Jerusalem recognising it as the capital of Israel triggering a new confusion in the world. The U.S has been like a big brother to Israel but has never been so open about its ties with the Jewish State as it now does in Trump’s era. Most of the countries including the NATO condemned this move in strongest words possible.

India, as it always does remained mute spectator in the raging debate. Under Prime Minister Modi, India has done a lot to improve its relations with the Jewish state, that included PM Modi’s visit to Israel, making him the first ever Indian Prime Minister to do so. Taking into consideration, the flourishing ties between the two countries many were expecting India to come openly in support of Israel, leaving its traditional stand on the issue to be softer towards Palestine. Surprisingly India joined the majority of the nations and voted against US and Israel!

Israel has been a consistent partner of India since its formation co-operating with us on many fronts. Israel also supports India on Kashmir issue. Israel was the first to recognize Bangladesh as an independent country after the 1971 War. It was Israel that helped India in Kargil War, providing strategic locations of Pakistani Troops.

Palestine on other hand has never supported us on Kashmir issue, or condemned terror attacks on Indian soil, and it is still to issue a single word of condemnation for Pakistan.

India is the largest buyer of Israeli Defence Equipment. India and Israel have excellent bilateral trade relations. All this of course did not happen in past 3 years. Every government that came to power contributed towards strengthening Indo-Israel ties, but sadly failed to recognize Israel as a partner and an ally openly due to the institutionalized policy of minority appeasement.

Modi Government, hence, was expected support our natural ally. In such a situation, for India to follow its 20th Century ‘Humanitarian’ principles that are of course against our national interest and vote against Israel is not only ludicrous but also self-destructive. And for the current government to further the agenda is uncalled for and a total contrast to the principles and ideology the party stands for. Hindu Mahasabha Leader V.D Savarkar had condemned India’s vote against Israel in UN and had supported Israel. Gowalkar, Second Sarsanghchalak of RSS, was an admirer of Jewish Nationalism.

By voting against the Israelis in UN, the current government has invited a lot of backlash here in home as well. It was certainly an embarrassment that the government could have avoided. It is in fact clear that no matter which government comes to power, India succumbs to the pressure of the Islamist lobby in matters of Foreign Affairs and acts accordingly.

BJP MP Subramanian Swamy said “India made a huge mistake by voting against US and Israel. At present UN holds holy city of Jews as partitioned. West Jerusalem is Israel’s and hence Indian Embassy can be shifted there”.

A survey conducted in May this year showed 58% Indians had pro-Israeli views. This number was more than U.S which showed 56% Americans to be pro-Israel.

The arguments that many Indians work in Arab Countries and our current crucial relations with Iran were taken into consideration while deciding the side of vote may be true but being defensive hasn’t helped anyone. If the ongoing middle east situation is taken into consideration, then it’s all clear that Palestine is a dead issue. Even the Arabs do not care about the situation.

Also many of US’s vital partners like Japan, UK, Germany, South Korea voted against the Israel and USA, each of them had their national interests for doing so. But the reasons India presented as the justification for voting against our strategic partner were too lame to buy. And to add insult to the injury, EAM Sushma Swaraj’s begged for votes on twitter to M Badruddin Ajmal when he thanked the government for voting against the Jewish State. It was nauseating! Also, it must be noted that the resolution was co-sponsored by Pakistan, whom India accuses of being State Sponsor of terrorism. By supporting it, India’s accusations against Pakistan will lack moral ground and credibility in near future.

Israelis doesn’t really care about UN vote and UN can’t do much against them as they have full support of a superpower, so the resolution doesn’t matter, but the stand of the Government of India on it will have major repercussions back home.

India could have easily abstained from voting. As mentioned earlier, the embarrassment was avoidable.

With India Right at the heart of it, The New World Order is here